FASTEN YOUR SEATBELTS, MANCHESTER IS READY TO ROCK 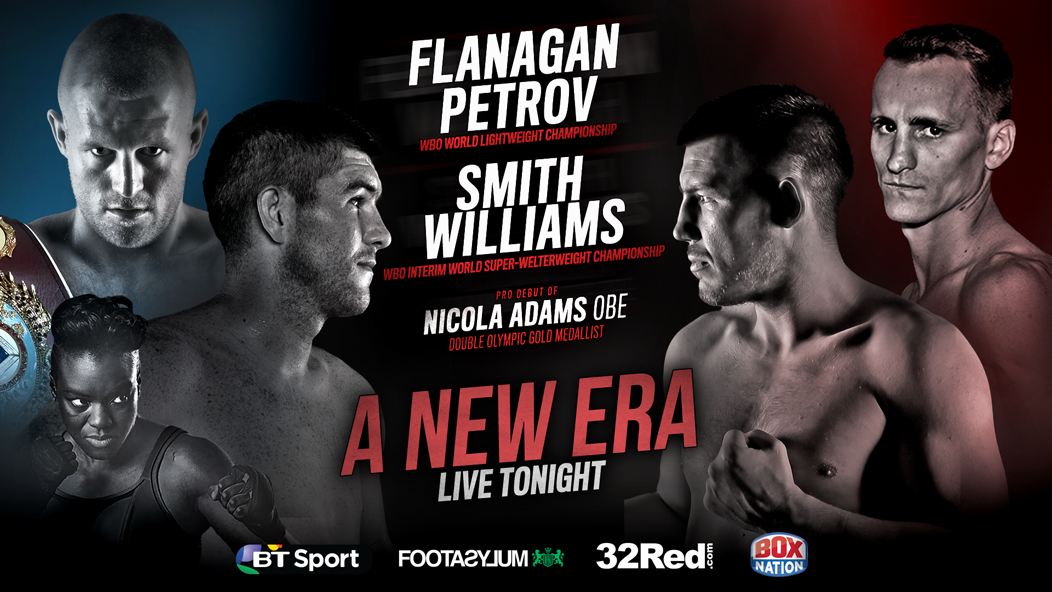 I have promoted hundreds of major shows over the years and, on paper, I think tonight’s Manchester bill is up there with the best of them.

You know you are in for a good night when the chief support captures just as many, if not more, headlines than the main event.

And you can be sure we have got a classic in store when Liam Smith and Liam Williams get to settle a domestic at the Manchester Arena.

Even though the WBO interim super-welterweight belt is no longer at stake for Smith because ‘Beefy’ turned up at the scales just a little too, well, beefy, it remains a match that has got fight fans purring as it is one that, as many times as you turn it over in your head, you cannot be completely confident in picking the winner.

But despite Smith’s weight aberration Williams still has everything fight for as the WBO interim title will be his should he win. Should this be the case boxing will have a worthy new champion. The Welshman is someone I hold in the highest regard, both as a boxer and a person.

This pairing has the pundits perplexed, although I get a sense that they have been leaning towards the more experienced Smith.

The Liverpool Liam coming off a defeat – leaving out a four-round tune-up in Barcelona – to Canelo Alvarez has planted a seed of doubt in the minds of some, but this doesn’t play a part in my thinking.

I can’t draw any conclusions from the Canelo fight because his preparations were completely knocked out of kilter by the cut which prevented him from sparring and clearly had a knock-on effect on the night.

This time around, both fighters are on point and, to borrow a line, ready to rumble. Williams has had a stint in the States getting top sparring and Smith has been able to operate at full-throttle this time.

Everyone has such high expectations of this one and I think it is one that could be put on in a phone box.

There hasn’t been too much in the way of a verbal back and forth up to now, probably because both fighters know what they are up against and don’t want to disrupt their mindset by getting wound up.

Initially it seemed a little edgy between the pair, with a bit of a ripple beneath the surface, but at the press conference on Tuesday it was all very civil and how it should be.

This is a fight that will be good for the sport, so there has been no need to spoil it with any unnecessary hype or histrionics.

Everyone can look forward to a good old-fashioned punch-up.

Jack Catterall faces what could be described as a final audition when he defends his WBO Intercontinental title against Martin Gethin on Saturday.

Sitting at No.2 in the WBO charts, he is the highest-ranked Brit among the contenders at world level in the super lightweights and I want to see him really make an impression so we can confidently put him forward for higher honours.

Gethin is no mug and is sure to provide a stern test of Jack’s credentials, but if the Chorley boy is as good as I believe him to be, it is an examination he should pass with flying colours.

I want to see something special from him on the night, we know he has got it all and I have always banged the drum for him. Now I just want to see him click into a higher gear and show everybody what he is all about. 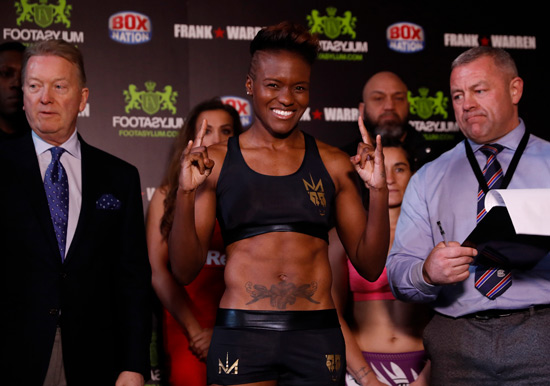 Perhaps one of the tastiest options on Saturday night’s extensive menu is the professional debut of Nicola Adams.

It is a dish that I am certain won’t disappoint, given Nicola’s determination to devour her first opponent in the paid ranks.

Such is the personality of our Golden Girl, I am even looking forward to witnessing her victory smile, once she has hopefully accounted for the challenge of Virginia Noemi Carcamo.

Nicola doesn’t just represent boxing, she is an icon of British sport and, truth be told, she is probably the most recognisable boxer on the card.

She will bring crossover appeal to the sport because when she walks down the street everyone knows who she is.

The First Lady of British boxing is at the start of her journey with an ambition to win a world title as soon as possible. I am sure she will because everything she has set her mind on so far she has become a fantastic success in.