Fearsome stuff in land of warlords as big-hitting warriors collide

Boxing hits some strange outposts these as the sport’s global appeal widens, but who would have thought a world heavyweight championship would wash up in the war-ravaged Russian satellite of Chechnya?

There, in the capital Grozny – a name which ominously translates from the Russian as ‘fearsome’ – Ruslan Chagaev, from Uzbekistan and Sydney-born Lucas Browne tomorrow night will contest the former’s WBA ‘regular’ title (Tyson Fury is now deemed their ‘super’ champ such is the WBA’s idiosyncrasy) in the presence of a president who is handy enough with his own fist to have once chastised one of his errant ministers in the ring over two one-sided rounds. 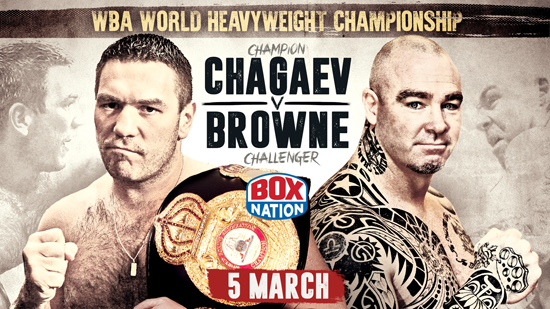 Tomorrow’s bizarre occasion will captured live by BoxNation from 7pm and fireworks can be anticipated.

Grizzled southpaw Chagaev, who calls himself The White Tyson, and flamboyantly-tattooed Browne, known as Big Daddy and promoted by Ricky Hatton, are both thirty-something sluggers well up for a punch-fest.

It will be watched from the ringside by the big, bearded Chechynan leader Ramzan Kadyrov, a one-time rebel war lord who will sitting on a specially elevated throne-like seat, just to show who’s boss.

A former amateur boxer, he owns his own gym where he likes to stroll in and punch the bag, and he has been pictured wrestling a crocodile to demonstrate that he is as macho as his Russian overlord Vladimir Putin.with whom he has had the odd spat.

He famously arranged the fist fight with his minister of sports and physical culture, whom he accused of poorly maintaining his ministry’s building.

“With a left and a right hook I explained to him that you need to use your head,” he later declared.

Hopefully tomorrow’s main event will not be quite as one-sided.

Australia has never had a world heavyweight champion and Browne feels the time is nigh for Down Under to come out on top.
However Chagaev , who in 37 bouts has lost only twice, both in previous world title shots against Alexander Povetkin and Wladimir Klitschko, looked good in his last fight against the 6ft 5in” Francesco Pianeta in Germany last July, repeatedly flooring and stopping him inside a round.

The unbeaten Browne also brings impressive knockout power, having halted all but two of his 23 opponents.

But if he comes out of Grozny with the belt, well it really will be a result.

The word is that David Haye, whose next opponent may well be the well-shot Shannon Briggs, is likely to meet the winner this summer. Alternatively he could always take on the Chechyna boss man. 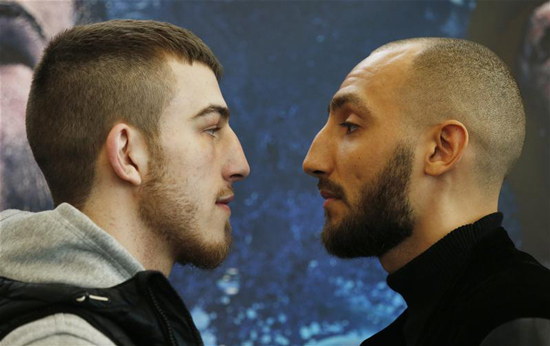 Also fighting for a title tomorrow night is our man Bradley Skeete – but a long way from Grozny. He challenges for Sam Eggington’s British and Commonwealth welterweight titles in Birmingham.

I believe in the ever-improving ‘Super’ Skeete, who came close to winning these titles, losing a debatable decision tio Frankie Gavin in 2014, his only defeat, but this time I fancy him to deploy his unorthodox skills to out-fox and out-box another local Brummie.

I hope he does, for he is one of the most genuine boxers in the game and I know he wants to dedicate any victory to someone he thinks about every day, his late trainer and our great matchmaker Dean Powell who tragically took his own life two years ago.

Poignantly when he wins those belts he says the first thing he wants to do is go down to Greenwich, where there is a commemorative bench to Dean, sis down and have a long chat with his old mentor.

Good luck, Brad. You deserve it.

Tomorrow in Hubbard’s Cupboard: The literary champ whose prose made boxing beautiful.