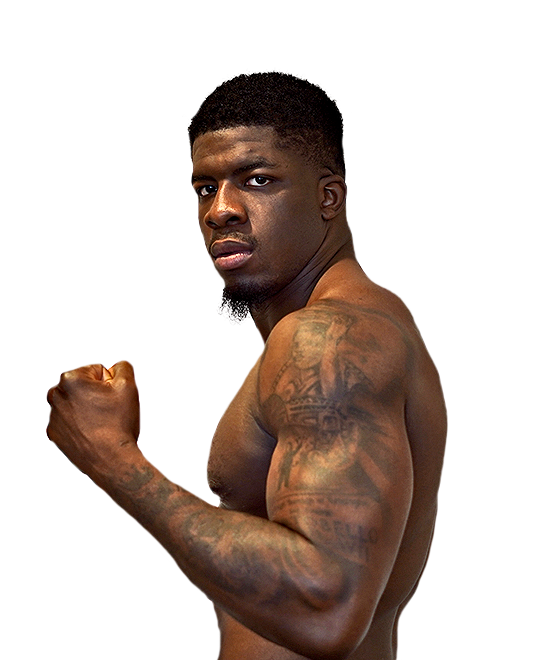 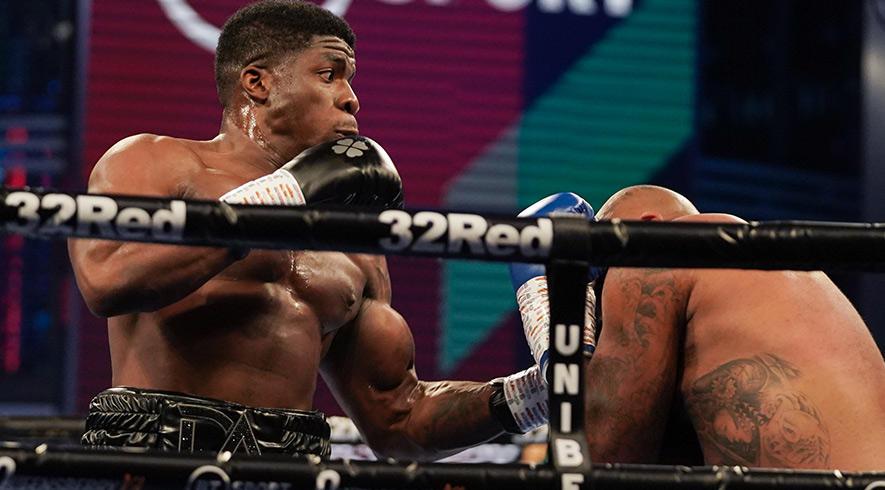 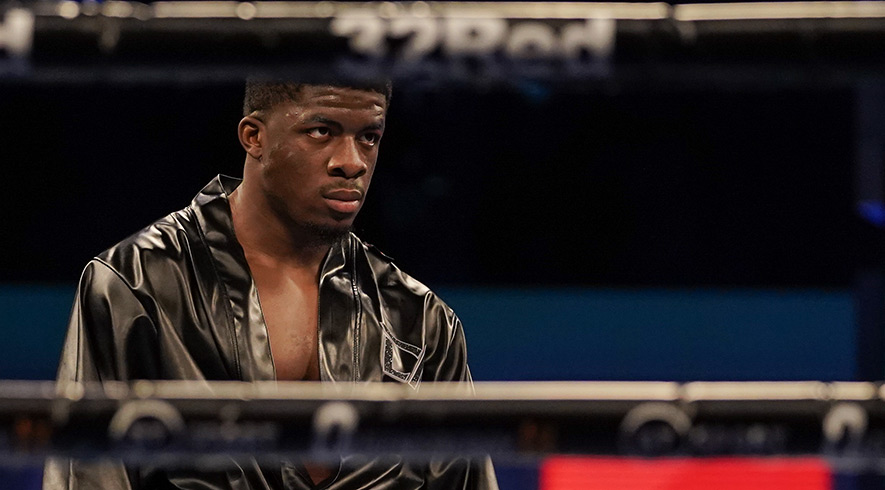 David Adeleye is chasing the same limelight his big-name stablemates are already thriving under.

Frank Warren has top Heavyweights Daniel Dubois and Joe Joyce on his books as well as lineal, Ring Magazine and WBC world champion Tyson Fury – so Adeleye is mixing with illustrious company.

The young man already spars with Fury, who holds Adeleye in the highest esteem. ‘The Gypsy King’ even made a point of flying David to Las Vegas to help him prepare for his rematch against Deontay Wilder.

Confidence oozes from Adeleye. He knows how good he is and isn’t afraid to tell people.

Since his time in camp with Tyson he has been happy to speak of a future showdown against ‘Dynamite’ Dubois after a series of reportedly violent spars.

It’s a fight that appeals for so many reasons and would have Box Office appeal.

Adeleye exploded onto the scene last December at London’s Copper Box Arena hammering Dmitrij Kalinovskij inside a round.

It was a statement-making professional debut, and filled Warren and watching fans with excitement for the future.

Adeleye showed what he learned under Fury, when he boxed in the first behind closed doors show at BT Sport studios on July 10.

There he impressively dismantled Matt Gordon in round two dropping his rival shortly before the referee stepped in and called a halt.

The Londoner was a Junior ABA champion in 2013 and won the Senior ABA Novices in 2017 before winning the Senior ABAs the following year.

He also represented England in an international against Denmark in 2018 and romped to gold at the British Universities and Colleges Sport Boxing Championships.

Adeleye is also a knockout in the classroom and during his amateur career, he studied at the University of Wolverhampton, from where he graduated last year with a degree in Business Management.

”I was juggling boxing and Uni at the same time, but I got it done because I want to be the best I can be,” said Adeleye who has also sparred with Dereck Chisora and Hughie Fury.

“It was very hard because you would wake up in the morning and go to your lecture, then you would have to train again and have to get up even earlier the next day to do the jogging.”