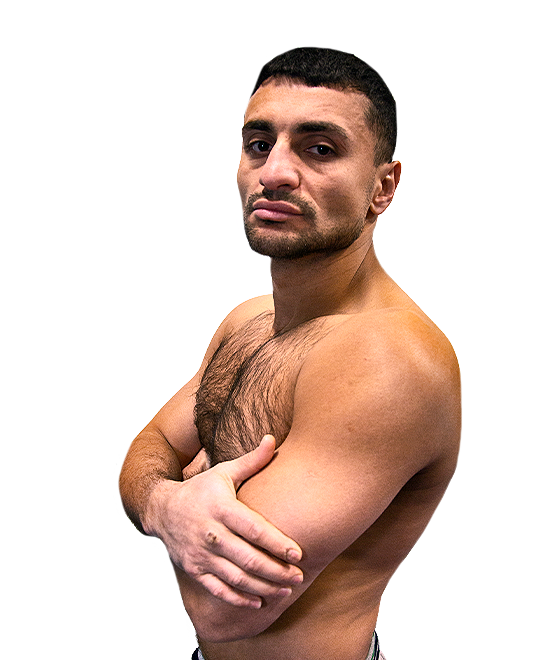 Newark based Avanesyan has been sensational in European title defences against Britain’s best this year.

Avanesyan (28-3-1, 16 KOs) insists that he will become a two-time World champion now that he has teamed up with Hall of Fame promoter Warren.

He is ranked highly by all four major governing bodies, and World champions Terence Crawford (WBO), Errol Spence (IBF and WBC) and Yordenis Ugas (WBA) are all in his sights.

Avanesyan, 33, said: “I am very happy to be signing with Frank and very confident that he will deliver me the World title shot I need. I want to become a two-time World champion.

“This year has gone so well for me with two great wins and there is momentum in my career again.”

Avanesyan has boxed five times in Britain, including his two most recent wins against Kelly and Taylor.

He added: “It is even better that I have a British promoter because I get so much love from British fans.”

David’s manager Neil Marsh added: “We have signed with Frank because it is the best chance David has of securing a World title fight.

“Since I started working with Frank this year with another of my fighters, Zach Parker he has been completely honourable, delivered absolutely everything he promised and got the team smiling again.

“David has had a good year beating Josh Kelly and Liam Taylor after a period of inactivity and we can’t wait to get going with Frank and Queensberry.

“It was a no-brainer to sign with them. Frank is a Hall of Fame promoter and I’m confident he will get David where he wants to be.”

Warren said: “A lot of promoters wanted to sign David and I’m delighted to have got it over the line.

“I have a fantastic working relationship with Neil Marsh who believes Queensberry have the team to get David marquee fights and titles. We will deliver.

“David is based in the Midlands now and become an attraction for British fans who know a good fighter when they see one.

“Fans who come to our shows will love seeing even more of him, and so will viewers on BT Sport.”

In December 2014, he boxed in Britain for the first time. In 2015 he met Marsh and the pair quickly forged a successful relationship.

David who is trained by Carl Greaves was then elevated to WBA regular champion when negotiations to fight Keith Thurman broke down.

Avanesyan made his first defence in February 2017 against Lamont Peterson, but lost a narrow decision on the three judges’ score cards.

He became European champion In March 2019, travelling to Bilbao and ripping the title from 27-0 Spanish star Kerman Lejarraga in nine rounds.

Avanesyan returned for a rematch six months later and stopped Lejarraga inside the first round.

Queensberry’s latest big name signing made it a Spanish hat-trick in September 2019 with a brutal first round knockout of Jose del Rio.

A 14 month lay-off followed that impressive win in Barcelona, but the Wembley Arena triumphs over Kelly and Taylor prove that Avanesyan is heading for World glory again.