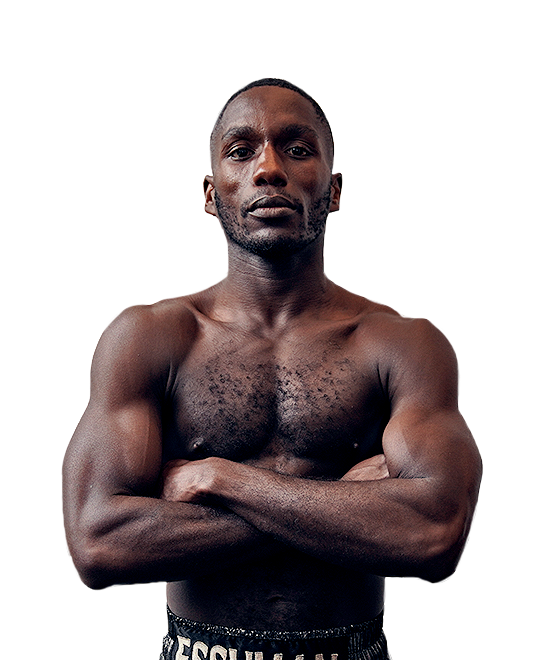 ENGLISH CHAMPION WELTERWEIGHT Ekow Essuman has signed a promotional agreement with Frank Warren to fight under the Queensberry Promotions banner.
The former decorated amateur – who reached the Podium Squad within the Team GB set-up – has now reached 13-0 as a professional, with five of those wins coming via KO.
The Nottingham man took possession of the English title in October 2018 with an impressive stoppage victory over Andy Keates before perhaps his most notable win arrived in March 2019.
The redoubtable former British champion Tyrone Nurse was selected for a voluntary defence of his belt and the man known as ‘The Engine’ showed just why by edging his more experienced opponent over ten rounds.
The most recent defence of the now 31-year-old came back in November at York Hall when he ventured down south to put his belt on the line against the previously unbeaten Curtis Felix Jr. Essuman inflicted a first defeat on the home fighter with an eighth round stoppage and now has the British title firmly in his sights.
“I am ecstatic, really ecstatic,” said Essuman on joining forces with the Hall of Fame promoter. “I have been a pro since 2016 after missing out on the Olympic draft – even though I was on GB and fighting across the world – and I have got myself to English champion and defended against someone like Tyrone Nurse to getting myself into position for a British eliminator.
“So I am thrilled to be coming on-board with Frank Warren now and he is the perfect person to take my career and showcase it to the public. I want to show people what I am about because I have been going under the radar a bit, although it has worked out in my favour at the same time because when fighters get matched up with me now it will be too little, too late to know everything about me.
“I have been on one Frank Warren show before in Leicester and that was a wicked experience as well. Now I have this fantastic opportunity and it has come just at the right time, with it being the perfect platform to show what I can do.”
The British welterweight title – currently held by Chris Jenkins, who is set to defend against former champion Johnny Garton – represents a next logical ambition for the Botswana-born Essuman. The welterweight jigsaw is one he has been keeping close tabs on and wishes to figure prominently in, preferably with a fight against a famous fighting name.
“I’ve been watching them closely for a while now, back when Garton was fighting against (Gary) Corcoran and before that. The weight division is really busy and I love it because to reach the top of a division like this you really have to have earned it.
“It is not an easy weight to reach the top in, but I am all about it, giving out that free smoke and taking people on their word. It doesn’t matter where it goes down because the cream will always rise to the top.
“I’ve been told that I will be fighting Liam Taylor in a British eliminator, Jenkins will defend his title against Garton, with Connor Benn being the mandatory for them.
“After I do my bit and put myself up the next mandatory I will get to face my good friend Connor Benn, although we are not actually friends!

“I have sparred him a couple of times then I saw him when my friend Derrick Osaze won the Ultimate Boxer and we spoke about the British scene and whether we would meet. It was interesting. I’ll put it like this, I can’t wait to fight him and I will make sure I put myself in that position.”