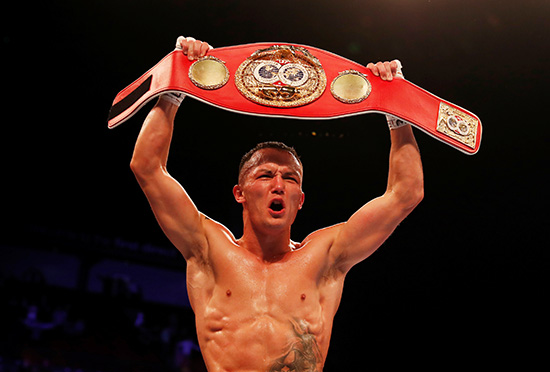 JOSH WARRINGTON was tagged the ‘boxing tooth fairy’ when he worked as a dental technician, but his dreams have been coming true over the last two years

First, he became father to his twin daughters, then came what many saw as an unexpected world title success.

Now he is one of Britain’s best known boxers, and preparing for the third defence of his IBF featherweight title.

His stunning performance against Lee Selby in May 2018 to become IBF champion, was remarkable.

More than 25,000 fans packed into the home of his beloved Leeds United hoping to witness something special against Selby, testament to his popularity in Britain.

The fervent Elland Road crowd were treated to huge performance from their hero and an upset just as big.

Warrington, 28, set the pace and never gave the defending champion a moment’s respite and after 12 action packed rounds he was the deserved winner.

Despite that stunning performance, Warrington was written off by many when he made his first defence against Carl Frampton at Manchester Arena last December.

The contest had Fight of the Year potential and lived up to all expectations with Frampton never truly recovering from a shelling at the fists of Warrington in the opening two rounds.

At the end of 12 ferocious rounds, Warrington came out on top on the judges’ cards after an unforgettable 36 minutes of beautiful brutality.

He was the underdog in both Selby and Frampton fights, but was fancied to see off mandatory challenger Kid Galahad at First Direct Arena, Leeds in June.

It was a hard night for both and on a razor’s edge, but Warrington showed his mettle when it mattered and deservedly edged a split decision.

Unbeaten Warrington has just seven inside the distance successes in his 30 wins, but two-weight world champion Frampton insists he has never been hit harder.

And in his most recent defence, French challenger Sofiane Takoucht was hammered inside two rounds.

Warrington wants to secure his legacy quickly. He says WBC champion Gary Russell is one of his targets and a unification he would welcome especially with the prestigious green and gold belt on the line.

The WBC were a springboard to his success and their WBC International championship belt he won by defeating Dennis Tubeiron in April 2015 is one of his a proudest boxing possessions. He made three defences of that title, beating Joel Brunker, Hisashi Amagasa and Kiko Martinez.

When he turned professional in October 2009 he was often stuck on the bottom of bills — boxing when TV cameras and chairs were being packed away at silly o’clock.

Four years later things started to pick up when he won the English title, but the only buzz about Warrington was in Leeds and he was still working in his dental job to make ends meet.

The big breakthrough came in November 2013 when he was booked in the away corner to fight local man Samir Mouneimne in Hull for the vacant Commonwealth crown and stopped his rival in round 12.

Warrington craved a world title shot and when he signed a promotional deal with Frank Warren in 2017, the Hall of Fame promoter made that promise and has delivered.

Warren wants to continue delivering big nights for his featherweight star, but Warrington needs to keep delivering the 24 carat performances that has made him one of British boxing’s biggest attractions.

Away from boxing, Warrington who is trained by his father, Sean O’Hagan is a rabid Leeds United fan and attends most home matches and many away games.

He lives on the outskirts of Leeds with his wife Natasha and their twins who were born in the run-up to the Selby fight.

Natasha is a trained chef and takes care of his diet in the build-up to his major fights.

When he left school he considered joining the Marines, but Josh’s father helped him land a job as a dental technician so he had a solid career to fall back on if his boxing life faltered.

Such is his popularity there is also a documentary ‘Fighting For A City’ which followed Josh for two years before the Selby fight. 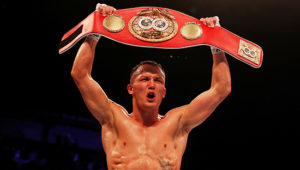 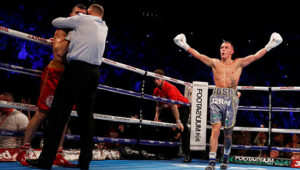 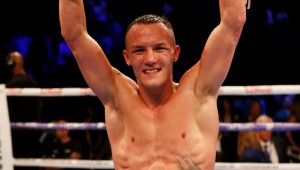 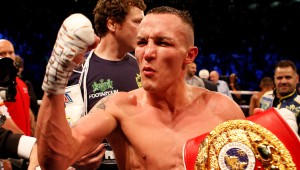 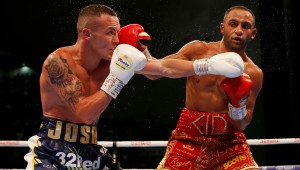 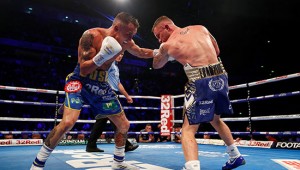 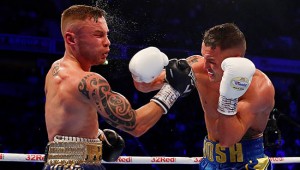 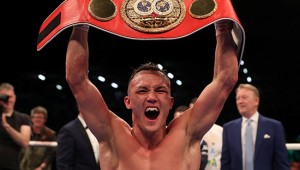 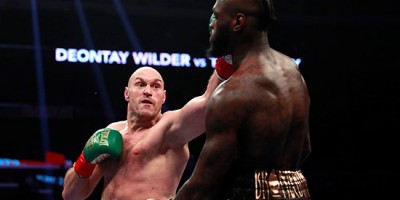 HERE’S MY 20/20 VISION
THE FRANK WARREN COLUMN By Frank Warren A FEW DAYS late but we are still ...Read More 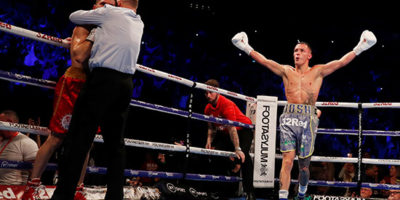 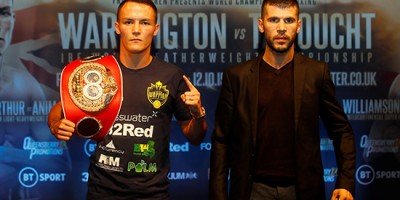 ALL ROADS LEAD TO LEEDS
THE FRANK WARREN COLUMNBy Frank Warren WE RETURN TO the setting of quite possibly the ...Read More

WARRINGTON: “I WOULD GIVE SHAKUR STEVENSON 12 ROUNDS OF HELL!” (Press Conference Quotes)
JOSH WARRINGTON will be back home in Leeds when he defends his IBF world featherweight ...Read More