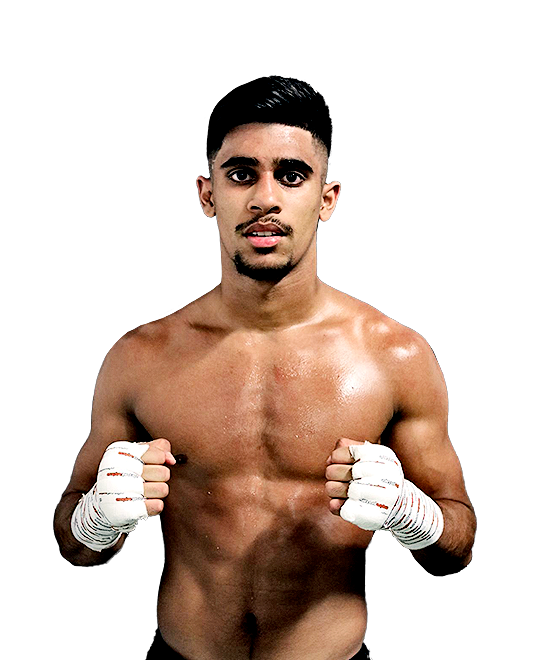 The 18-year-old, who did not hold extensive ambitions in the amateur code, clocked up 28 wins from 32 fights and became a national champion, but his heart was firmly set on turning pro and following in the footsteps of his cousin Hamzah Sheeraz, the WBO European super welterweight champion, who is making huge strides in the sport.

“It is crazy and almost surreal for me,” said the super bantamweight on signing with a Hall of Fame promoter to launch his career. “It is like a dream come true and I have known about it since my birthday in May.

“I just used the amateurs for experience and it was never my dream to be a star at that level. My heart was set on the pro game.

“I started boxing at 13 and I was more of a footballer before that, but the football season was finished and my brother went to the boxing club so I went with him. From that moment I just fell in love with it.

“I don’t want to sound cocky, but I think I had a natural ability for it from day one.”

Umar has a role model very close to home in cousin Hamzah, who is blazing a trail in the professional ranks and tipped for the very top by promoter Warren. The newcomer knows where to look for inspiration.

“It has been crazy and since I have been coming up I have seen him progress,” he said of his 11-0 family member. “Seeing him have such success just makes you want to do it yourself and get into his position one day.

“Hamzah is class,” added the Ilford-based Umar, who hedged his bets when asked what style of fighter we can expect to see when he gets to make his professional debut later in the year.

“That is a difficult question. It depends what day it is because sometimes I box and sometimes I fight. If I have to fight I will but I suppose it is best to avoid it.

“Hopefully I will get to show what I can do by the end of November.”