Once again, the biggest fight of the weekend has been secured for BoxNation subscribers and the fact that this week’s tasty offering involves an unbeaten Brit only adds to the flavour. 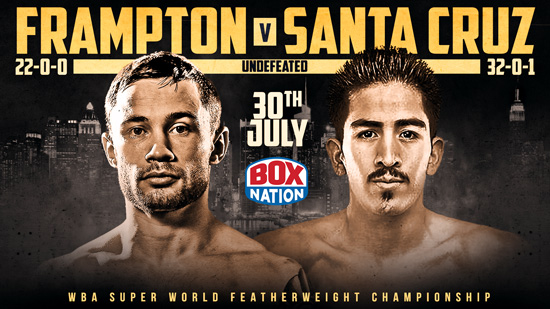 I am sure everyone is looking forward to seeing The Jackal, Carl Frampton, step up in class to take on the stylish Californian-based Mexican Leo Santa Cruz in New York – a city where Belfast boy Frampton is sure to enjoy a strong support.

BoxNation is a lucky platform for Frampton, the channel which broadcast the clinching of his first world title – the IBF super bantamweight belt – against Kiko Martinez in Belfast in September 2014.

Hopefully history will now repeat itself now the 22-0 man is stepping up to the featherweight division, but he does have a tall order to cater for against a three-weight world champion in Santa Cruz who has, truth be told, operated at a higher level so far in his 32-0-1 career span.

I like Frampton as a fighter, he is normally an exciting watch, with the exception of his tactical unpicking of Scott Quigg when he unified the super bantamweight belts back in February. It was a fight which didn’t live up to the lofty expectations, but Frampton did what he had to do before finally conceding he was struggling at the weight.

He now has to make the extra poundage count against Santa Cruz who is entering into his third fight at 9st. If he can successfully find a way past the obvious threats posed by the Mexican, big fights and opportunities will lie ahead in what is a sexy, but also particularly tough division.

As I mentioned yesterday, Oscar Valdez looked the business in snaring the WBO title in Vegas at the weekend, while you also have Gary Russell jnr (WBC) and Lee Selby (IBF) in possession of world championship belts.

So if Frampton can get himself in amongst the elite featherweight mix, we will see for sure how good he really is.

The 29-year-old, unfortunately, did leave one major stone unturned before he announced his departure from the super bantamweight division. I would have liked to have seen him try and really prove himself as top dog by signing up to fight the Cuban great Guillermo Rigondeaux.

I don’t doubt for a minute that Frampton himself would’ve been happy to see how he measured up against the pound-for-pound superstar, particularly given how he took such obvious pleasure in teasing his last opponent Quigg for having been gifted Rigo’s WBA Super title without fighting him for it. 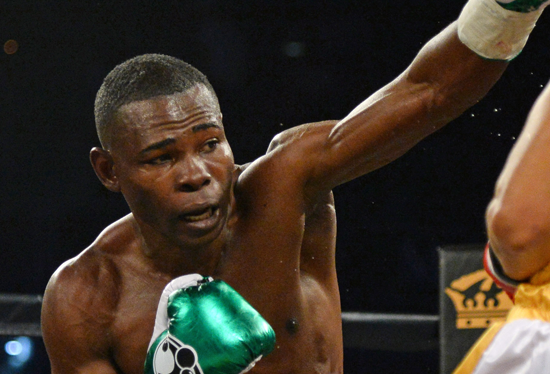 I feel he was probably steered away from such a high-risk encounter in order to protect his unbeaten record ahead of entering into the lucrative higher weight category. Fair enough.

With only a 4lbs differential, I wouldn’t be surprised if Rigo himself decides to step up in the not too distant future and hunt down those who continue to avoid him.

All credit to Frampton though, he isn’t exactly easing himself in at 126lbs as Santa Cruz is probably as tough an assignment as there is.

Make no mistake this is a tough job and some wouldn’t be at all surprised to see the title once held with such distinction by his mentor Barry McGuigan, once again fall into Belfast hands come Sunday morning. I hope they are right.

To watch events in New York unfold live, tune into BoxNation from 2am on Sunday morning.

More from Frank tomorrow on Ovill, once again, hitting the world title trail