Hall of Fame promoter Frank Warren has announced further details of his plans for the new season ahead.

Boxing fans have been well catered for following the landmark deal between BT Sport and pioneering boxing channel BoxNation. A successful spring schedule delivered on both quality and entertainment value; and the new season promises to be even better.

Yarde picked up the WBO European strap and a number eight World ranking with a first round KO win over Richard Baranyi last time out at the Copper Box Arena while 19-year-old Dubois claimed the WBC World Youth Heavyweight belt in only his fourth contest. 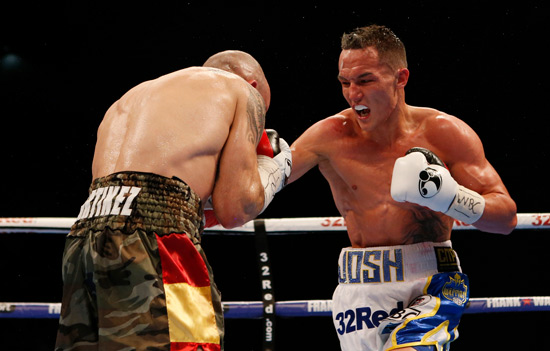 Undefeated Warrington retained his WBC International Featherweight strap against Spaniard Kiko Martinez after twelve gruelling rounds last time out. Nurse and Hughes were ordered to meet for the British title in 2016 but the fight never materialised as Catterall has just switched trainers.

Bitter Super-Welterweight rivals Liam Smith and Liam Williams will lock horns again on Saturday 28th October following their bloody war at the Manchester Arena back in April. Both men will be looking to settle the score after the controversial ending of their first meeting.

Social media exploded after their fight as fans called on promoter Frank Warren to match the foes together again. Smith and Williams are chomping at the bit to get at each other for a second time; with a shot at the WBO Super-Welterweight title on the line.

Full details of the above dates, as well as confirmation of opponents, will be announced at regional press conferences across the country in the coming weeks.