Our great lightweights are now the heavyweights of boxing

Sixty one kilogrammes, or 135lb (that’s 9st 9lb in old money) may be the limit for boxing’s lightweight division, but it is one that is is emerging as the heavyweight as far as Britain is concerned.

Currently it is the liveliest in the UK, a division rich in talent and excitement headed by our man Terry Flanagan, who has become the first Englishman to win a world title at this limit and also WBA Interim World Champion Derry Mathews from Liverpool.

Which is why I was astonished to see on the telecast of last weekend’s Hull bill that Sky placed Ricky Burns at the top of their list of leading British lightweights, followed by Kevin Mitchell – above Flanagan who actually is a world champion and Anthony Crolla who has just fought a draw in one.

And as for Luke Campbell, well, good a prospect as he is and all due respect to him as an Olympic champion, he may be the best lightweight in Hull, but he is certainly not the best in Britain in my view – and not even the best in the North.

It is nothing unusual for Olympic gold medallists to fight for world titles very early in their careers and after only a few fights – the heavyweights Pete Rademacher and Leon Spinks are examples of this, as well as the Ukrainian Vasyl Lomachenko who became WBO featherweight champion in only his third pro bout.

But Campbell is 28 years of age and, to be honest, I don’t think he punches hard enough to win at world level, but we’ll see. He comes across as a really nice young man and I certainly wish him well as he is good for the game, but he is nowhere near ready to fight for a world title.

It’s great that the fans turned up for his fight with Tommy Coyle – there’s nothing like a good domestic contest to whet the appetite. But what on earth was Coyle – who admitted afterwards that he was mere journeyman – doing in a contest billed as an eliminator for a world title?

As for ranking Burns No.1, well, he may have been a decent champion but with five defeats on his record he has seen better days and has been fighting recently at light-welter anyway.

Equally curious was the way his opponent on the Hull show, the somewhat inaptly named Ghanaian Prince Ofotsu was stopped with the towel being thrown in midway through the scheduled ten rounder. This action is not an accepted means of a defeat in this country and the referee should have thrown it right back. Only the referee or doctor can stop a fight.

It all stems back to a few years ago when some of the betting boys at ringside used to throw in a towel to stop the fight.

Ofotsu wasn’t getting a belting; yes he was well losing the fight but wasn’t in distress and there were plenty of rounds left for him to improve.

When the towel floated in he looked at it as if it had been thrown for him to mop his brow! Even though he was hardly breaking sweat.

It seemed to me that the guy just copped for his money and went home.

The Board are being asked to probe the incident, and rightly so.

And as for ranking Mitchell above Flanagan, well he fought well against Linares but took a terrible belting and I doubt he will be the same after that. Three times he has been to the well and three times he has not delivered.

We know Flanagan acquired his WBO title because the other fella’s shoulder came out, but the fact is he is champion and undefeated.

There is also Liam Walsh. I believe that Flanagan and Walsh – ok, they are with me but I’m trying not to be biased – are the best of the British lightweight crop. Walsh is a quality fighter and, a while back, he was stepping up to fight Burns for the WBO Word Lightweight title but unfortunately got injured in a car crash. He would have given Burns a good fight and maybe might have won it.

Now he has moved up to lightweight and recently acquired the WBO Inter-Continental belt. His nickname is Destiny. Rather appropriate, as believe he is  on the path to becoming a world champion too.

One of boxing’s best-loved figures who has graced the game for over 40 years is retiring is retiring. Most ringsiders will know his face, but maybe not his name.

He is Ernie Draper, unquestionably one of the best back-room boys in the business. He has been our chief whip for 33 years and by that I mean he is the man who organises things backstage at our shows, making sure the fighters are prepared for the ring, properly equipped with the gloves now supplied by the Board and he ensures the scheduled running order is adhered to.

He is one of those people behind the scenes who, especially if you have a TV show, oils the machinery to ensure everything goes smoothly. He is the link between us and the fighters and, for my money, he’s the best whip in the business.

North London born Ernie, is 75 now and he’ll be doing one, possibly two, more shows for us before spending more time in Broadstairs with his grandkids. He is also finding time to have a new knee fitted – no doubt needed after all that running around.

He started off by carrying the ring cards for Mickey Duff and has become one of the most familiar figures in the game. A lovely man, whose heart and soul is in boxing. He is the first to arrive and the last to leave and is always immaculately booted and suited.

‘Little Ern’ is the brother in law of the late Ernie Fossey, who for years was my brilliant matchmaker. A boxing nut, he is not a bad judge and someone whose opinion I value. He’s simply been part of the furniture and I’ll miss him. So will the boxers. 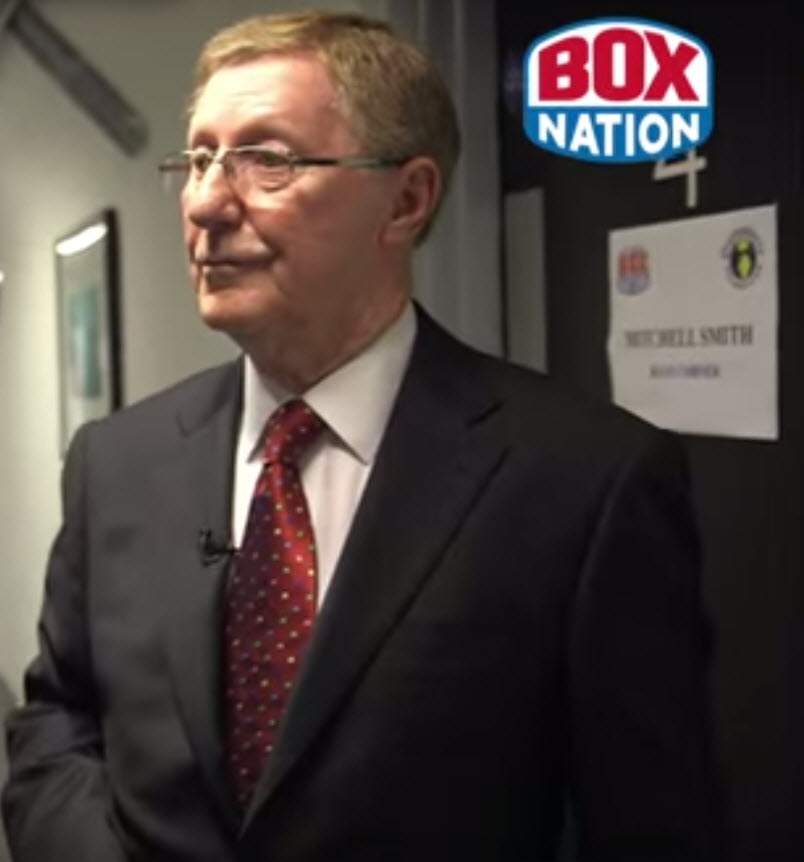 BoxNation offers viewers the chance to see the latest ‘Beast from the East’ when Ukrainian middleweight prospect Sergiy Derevyanchenko – there’s another tongue test for the ring announcer – with a 5-0 record including four KO’s, meets Elvin Ayala Atlantic City on Saturday night.

As an amateur, Derevyanchenko, who represented the punch-productive homeland of the Klitschkos and Lomachenko at the 2008 Olympics, had an impressive 390-20 record. The 29-year-old also won a bronze medal at the 2007 amateur World Championships and competed in the World Series of Boxing.

Derevyanchenko is tipped to become a big name –as well as a long one- in the middleweight division.

Ayala (28-6-1, 12 KOs) has had a relatively decent career but has been knocked out in the first round by David Lemieux and Curtis Stevens. The American also lost his shot at the IBF middleweight title against Arthur Abraham, being stopped in the 12th round. However, Ayala has won his last two bouts. BoxNation screening begins at 2am. 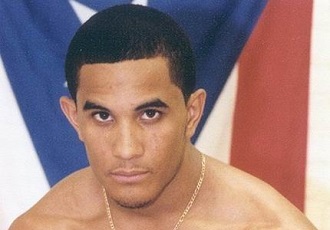