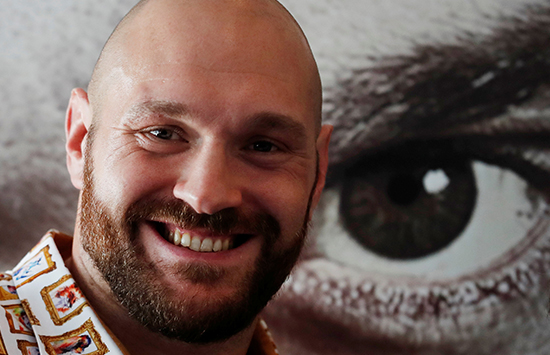 It is far from fanciful to suggest that the return of Tyson Fury is the most anticipate awaited comeback by a former undefeated world heavyweight champion since the great Muhammad Ali almost half a century ago.

Not that even Fury would compare himself to Ali but when he steps into the ring in Manchester on June 9 after an absence of two and a half years there will be echoes of Ali’s own comeback in Atlanta in 1970 after three years in the fistic wilderness.

Like Ali, Fury never lost his title in combat, both having their respective belts controversially confiscated by powers-that-be for happenings outside the ring. And at 29 both were undefeated and the same age when they finally resumed their careers, Ali after 29 bouts and Fury 26.

Ali had refused to be drafted into military service in 1967, was forced to give up his title and did not fight professionally from late March 1967 until October 1970. Fury, of course, was stripped of his because of an alleged doping misdemeanour and has not engaged in battle – other than with the UK Anti-Doping Authority – since his epic conquest of Wladimir Klitschko in Dusseldorf on 28 November 2015.

It actually took Ali over four years and 14 more fights before he regained his heavyweight kingdom by rumbling George Foreman in the jungle.

No doubt Fury has no desire to wait that long. He talks ambitiously of fighting every month for the rest of this year and then dethroning either Anthony Joshua or Deontay Wilder – or both – some time in 2019.

There are plenty of good judges who believe he has the capacity to do it. He certainly has the will and the talent.

Nor does he boast that his early opposition will be of great quality. ’Bum a month’ was the phrase which emanated from his own lips recently. Well good luck to him. It is an orthodox route.

Though not for Ali. For one he was not was orthodox and therein lies the difference in their respective second comings.

Ali could have plucked any washed-up old pug from Palookaville for his initial comeback contest in Atlanta. Instead he selected 25-year-old six-footer Jerry Quarry, a big-punching world ranked former title contender and arguably the best white heavyweight in the world since Rocky Marciano. He had been voted America’s most popular fighter by Ring Magazine.

We well remember Jerry Quarry over here from when he came to fight the British champion Jack Bodell, a cumbersome, unelegant southpaw, at Wembley. Quarry right-hooked the stumbling Bodell –who tripped over his own feet when they came to touch gloves – to oblivion in two rounds and in the locker room afterwards someone asked the Californian if he had found Bodell at all awkward. “Well,” he replied.”He sure fell awkward.”

The return of Fury may not be quite as exotic or carnivalistic as Ali’s, but it will be exciting and a lot of fun

I was at Ali’s sell-out bout with Quarry on October 26 1970 at Atlanta’s City Auditorium, the build-up to which was one of the most bizarre and memorable have experienced in my 60 years of covering the sport.

Atlanta, the heartland of Gone With the Wind country in America’s Deep South, had been invaded by hundreds of black celebrities from all over the United States. Fight night itself was like a scene from the musical om Porgy and Bess; and where ever Ali went he was followed through the streets by several hundred kids like some pugilistic Pied Piper.

As for the fight itself, Quarry, puzzled by Ali’s unorthodox style and unwilling to commit himself, was unable to launch an effective attack. About all he could do was counter with swinging left hooks, most of which missed or were brushed off, although he did land one solid punch — a right hand to the body in the second round.

Then in the third, with a cracking right hand, the speed of which seemed hardly impaired since he last fought against Zora Folley three years earlier, Ali sliced open a cut over Quarry’s left eye in the middle of the round, a wound which would require 11 deep sutures and would not allow the Quarry to come out for the fourth round. “It was not a butt,” Quarry said before being stitched up, “and I don’t want anybody saying that it was. It was a right hand”.

Naturally, the crowd went wild and there was dancing in the streets.

Bonavena was certainly one of boxing’s more colourful characters, with his life outside the ring perhaps being more memorable than his career in it. He was shot to death outside a Nevada brothel six years later.

He never won the world title, but gave everyone he fought a tough fight, including The Greatest on that cold December night in New York.

The fight was scheduled for the then statutory 15 rounds distance and there seemed little doubt that Ali would win.

But it was tougher than he had anticipated. He showed signs of ageing for the first time in his career. It was not until the final round, and with 57 seconds to go that he put Bonavena down for the third time, forcing the stoppage on the three knockdown rule, to win the NABF title and move on to that historical, fateful encounter with world champion Joe Frazier in March 1971 for what was dubbed The Fight of the Century.

We all know the outcome, Ali losing for the first time in his career.

Over the next four years he locked fists in over a dozen more fights against name opponents such Frazier again (in the second of their titanic trilogy), Quarry (again stopping him on cuts, this time in the seventh), Floyd Patterson, George Chuvalo, Buster Mathis, Bob Foster and twice with Ken Norton (who who outpointed him first time round).

In truth Ali was never the same fighter. He was heavier, a tad slower on his feet and his reflexes weren’t quite as instinctive. But those fists were as venomously quicksilver as ever as he roped-and-doped, and then ko’d George Foreman to win back the title at 34 in Kinshsha.

While it is unlikely that a born-again Fury will encounter such formidable opposition on his pathway to a showdown with Joshua or Wilder, the eventual outcome may well be the same. Especially if he can replicate the techniques and tactics that so mesmerised a befuddled Klitschko.

The return of Fury may not be quite as exotic or carnivalistic as Ali’s, but it will be exciting and a lot of fun.

Boxing has missed the garrulous gypsy giant and I confess I am looking forward to his June 9 date at the Manchester Arena – to be screened exclusively on BT- with almost as much relish as I did Ali’s own remarkable renaissance in Atlanta 48 years ago. Bring it on.

ONE OPPONENT I would like to see Fury face further down the line on his comeback trail is his old chum and sparring partner David Price. 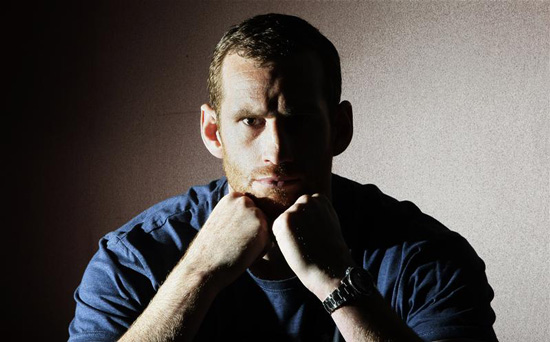 It truly would be a battle of the ring giants, with Price a shade over 6ft 7in, and the 6ft 9in Fury.

They often worked out together back when they were both on GB’s prolific amateur squad and know each other styles and foibles inside out.

Price, the Scouser, Olympic bronze medallist whose chin, to corn a phrase, has too often been his Achilles heel, may consider that Fury doesn’t punch quite hard enough to damage him whereas his own single punch power would test Fury’s resistance to whatever Joshua or Wilder may try to land on his own whiskers.

I’ve no doubt both would relish the fight, with Fury believing that, like big-hitting Klitschko, Price wouldn’t lay a glove in him.

It’s a strictly personal opinion, but I’d love to see them get it on.

THANK GOODNESS COMMONSENSE has prevailed and the British Boxing board of Control have done the sport and Rio Ferdinand a big favour by declining to give the 39-year-old retired footballer a boxing licence.

The ring is no place for dilettantes and it was always a daft notion that with his age and lack of ring experience he could make it as a pro fighter. He would have been simply a novelty act exposing himself, and boxing, to potentially serious harm in the hurt business.