FURY: I WOULDN’T LET DUBOIS AND GORMAN FIGHT EACH OTHER 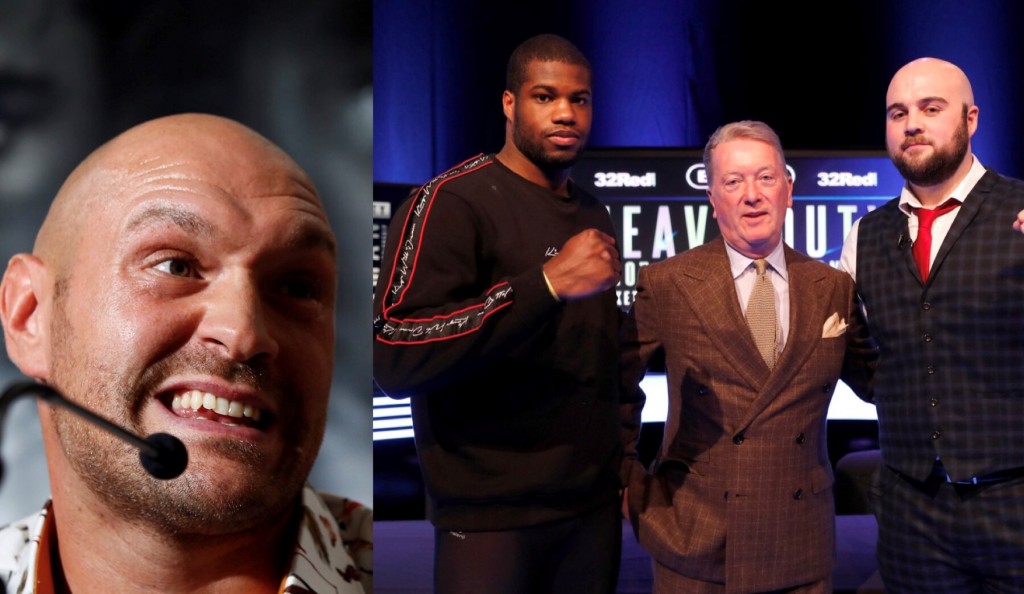 LINEAL heavyweight champion Tyson Fury is shocked that the sensational heavyweight prospects Daniel Dubois and Nathan Gorman are meeting so early in their careers.

Dubois (11-0, 10KOs) and Gorman (16-0, 11KOs) are both tipped to reach the top by Hall of Fame promoter Frank Warren, who insists he that defeat will not spell the end for the loser.

Fury who fights Tom Schwarz in Las Vegas next month is sure to be ringside and has been training alongside Gorman in Manchester.

He said: “It’s a good fight and if it was up to me, I wouldn’t let them fight each other because they are both young and unbeaten prospects.”

Also on the card is Olympic silver medallist Joe Joyce (9-0, 9KOs), another world class prospect who could face the winner later this year.

Fury added: “I study heavyweight boxing and they are all good lads. I’ve sparred with Joe, Dubois and Gorman.

“They are all unbeaten prospects and all big men. Why can’t they do it? It’s there for them to do and it’s not impossible if they dedicate and sacrifice their lives.”