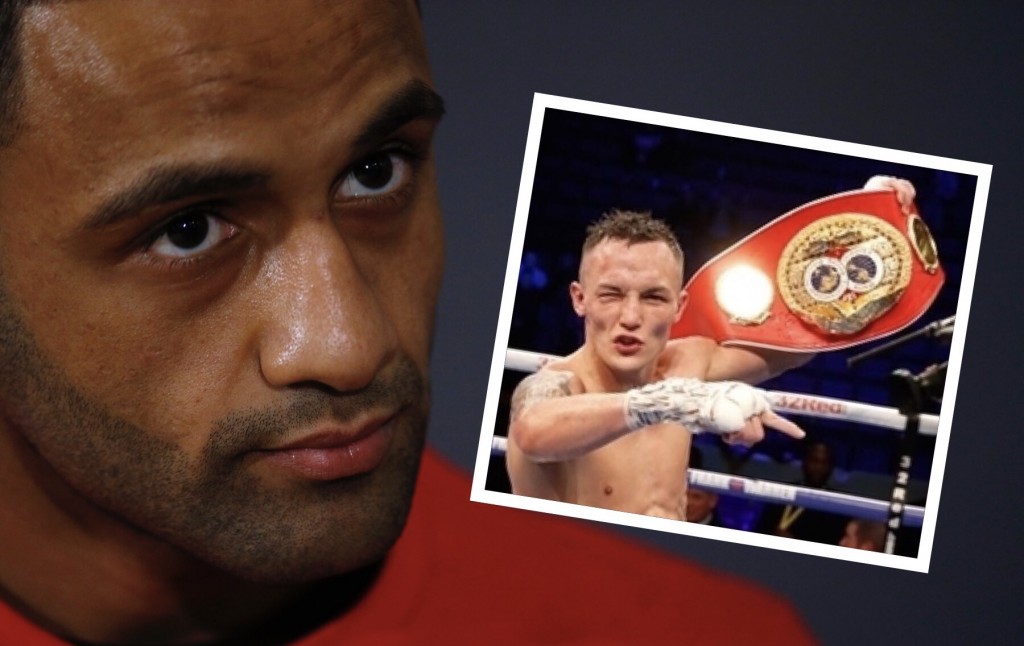 KID GALAHAD admits he must beat Josh Warrington or his world title hopes will be destroyed forever.

Warrington (28-0) will be roared on by his hometown fans at First Direct Arena, Leeds when he defends his IBF world featherweight title against Galahad on Saturday June 15.

Sheffield’s Galahad has been a professional since September 2009 and finally became mandatory challenger for Warrington last October when he beat Toka Kahn Clary.

There is a perception that his awkward style makes him an avoided man and Galahad (26-0) knows few champions will fancy him as a future opponent whatever the outcome against Warrington.

He said: “This is everything and 100 per-cent, I am going to leave it all in that ring.

“Not matter what I do, I am going to bring that belt back with me. I know I am not going to get a second chance.

“Things have happened to me, but I have stayed focused. With this opportunity I am not going to let it slip out of my hands.

“Josh knows he can get another chance. After I beat him his promoter will get him a rating and he might fight Carl Frampton in a rematch and the winner could fight Oscar Valdez.”

“We’re closing in on this world title and we’re gonna hold it as long as we can.”

Warrington was the underdog when he took the title from Lee Selby last May and successfully defended against Carl Frampton in December.

The Leeds man will be the bookies’ favourite in his hometown, but Galahad insists those wins might not be the career defining triumphs some have painted.

Galahad says: “In 2018, Josh had a great year. He became a dad to twins, then beat Lee Selby and Carl Frampton.

“They say good things happen in three. 2019 is my year and his luck has ran out.

“I don’t believe it’s an easy fight.  But style wise he knows, his dad knows and Frank knows that I am all wrong for him.

“At this moment Josh might be confident because he beat Selby and Frampton who he thinks are better than me, but when he gets in the ring he’ll wish he never took this fight.

“The timing for when he beat Selby and Frampton was perfect. Selby was struggling to make the weight and Carl hasn’t been the same for three or four years.

“I think Josh’s win over Selby was so much better than the Frampton win. I just believe he is fighting a strong featherweight who is in his prime and I believe in his head he knows what is going to happen.”