GALAHAD OUT TO WRECK “EMOTIONAL” WARRINGTON 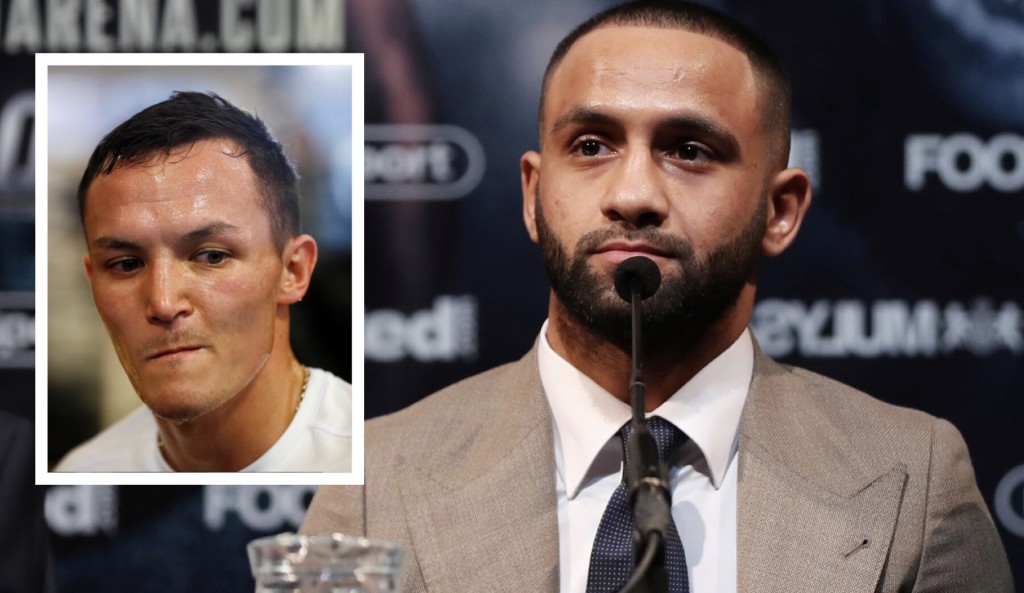 Challenger promises a “one sided beatdown” in world title clash

Mandatory challenger Galahad has been playing mind games with the IBF world featherweight champion even since Hall of Fame promoter Frank Warren won the purse bids and announced the fight.

Galahad (26-0) first claimed that Warrington’s Dad and trainer Sean O’Hagan won’t be able to handle his son getting beaten by his fellow Yorkshireman and might throw in the towel to save him.

Now Galahad has gone in two-footed on the champion who is making the second defence of the title he won against Lee Selby and defended against Carl Frampton in December.

Sheffield’s Galahad will walk into a pit of hate when he enters enemy territory in Leeds, but insists that Warrington (28-0) will fail to handle the pressure once his fists turn up the heat.

Galahad, 29, warned: “Emotions can get you seriously hurt and Josh is an emotional man. He always goes in there with his heart on his sleeve.

“It is my destiny and I am here now and I am gonna rip that title from him in his home town.”

A top quality undercard will be confirmed in the coming weeks.