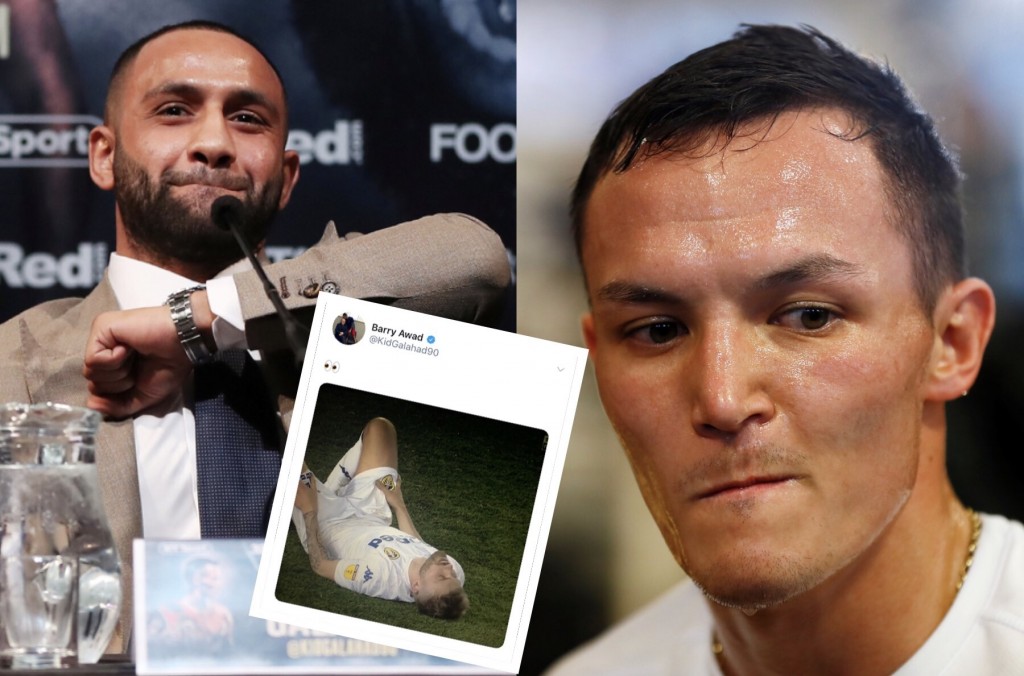 KID GALAHAD has taken to social media to taunt his rival Josh Warrington after Warrington’s beloved Leeds United were defeated by Derby County last night in the Play-Off semi final.

Leeds were a goal to the good after the first leg of the Play-Off semi-final but succumbed to a devastating 4-2 home defeat and have now missed out on a place among English Football’s elite in the Premier League.

Galahad, 26-0, posted a picture on his official twitter page of LUFC star Stuart Dallas laying on the ground in disappointment after losing the game and captioned it with a ‘look’ emoji, highlighting the heartbreaking loss for Leeds United and no doubt for Josh Warrington.

Sheffield’s Galahad will be looking to inflict another upset defeat for Leeds fans on June 15 at the First Direct Arena when he attempts to dethrone local hero Josh Warrington and become the IBF World Featherweight Champion.

Warrington had earlier predicted a Leeds United win and will not have taken kindly to Galahad’s online taunts.

It’s been a spicy build up to one of the most anticipated fights of 2019 and this latest development will only add more fuel to the fire.