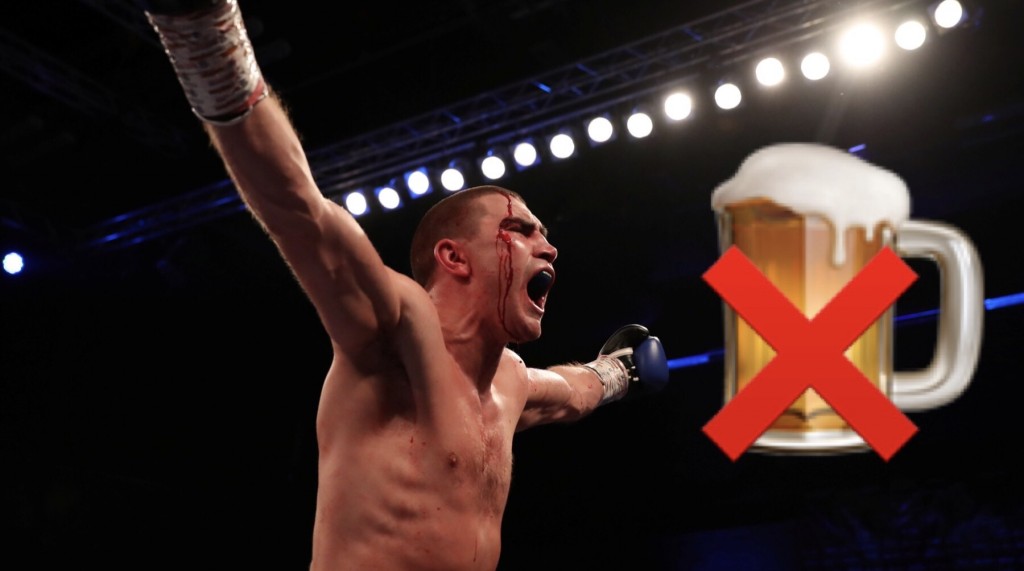 JOHNNY GARTON INSISTS that putting on the gloves for the first time had nothing to do with improving his prospects in the pecking order of Peckham, where he grew up and remains a man about town to this day.

The Pexican, as he is fondly known, did not venture into the local gym as a sporting route to escape a life of potential crime. His story is far more mundane – and familiar to many – in that he simply needed to shed some inches from his waistline.

However, Garton does admit to being something of a street urchin in his younger days and his fists weren’t exactly unemployed, in a town where they breed them tough, before he took up punching for a living.

“It is known as a pretty tough town but, to be honest, I’ve lived there all my life so I don’t know any different,” explained the now 31-year-old, who defends his recently won British welterweight title for the first time against Chris Jenkins at the Royal Albert Hall on March 8. “To me it is just normal.
“I grew up on the Clifton Estate – which is just off the Queen’s Road – and I loved it because there was loads of kids about and everybody knew each other. We were always playing up, getting into trouble and, obviously, having a tear-up every now and then.

“At the end of the day we all got along and it was only when we turned into teens that it got a bit hairy. We got into more trouble and started to get into fights with other estates.”

In what could be described as an echo of the grown up Garton, the younger version would also always give a good account of himself when drawn into a scrap, although he admits he wasn’t leader of the pack.

“Not really, I wasn’t one of the hierarchy, but I think I had everyone’s respect because they knew if they did pick a fight, they would get a fight. Not many started on me so I didn’t have to be fighting all the time.”

The turning point for Garton – and his waistline – came when he was inspired to swap pints for punching and followed a friend into the local boxing gym. On starting work he wasn’t just earning pounds, but also putting them on.

“It was just to lose weight,” admitted the 23-1-1 British champ. “I started work when I was 15 on Saturdays as a mechanic and they put me on an apprenticeship when I finished school. So as soon as I finished work I was just going down the pub, eating a lot, drinking a lot…

“Then one of my mates said he was going to the gym to lose some weight and I went with him.

“I went a few times and some of the kids asked me to do some sparring and bashed the crap out of me, with me just being a kid off the street thinking I could fight everyone. Boxing is a totally different game and I kept going back trying to get the better of them.

“Slowly, after time, I noticed that people didn’t want to spar me as much and it went from there.”

Peckham is perhaps most famous for being the south east London setting of the comedy Only Fools and Horses, where the exploits of Del Boy and Rodders charmed the nation for over 20 years.

Garton reports that the suits and swagger, along with the vocabulary, that characterised Del Boy didn’t catch on in a big way on the real life streets and pubs of Peckham when he was growing up.

“Not really, it was more kids being as we call them, roadmen, people walking around with their hoods up or a hat on trying to keep their faces covered up or trying to be a tough man.

“There was a bit of the talk used, but not too much because Del Boy was just a bit before my era, so it was as the kids talk now and a bit more street.”