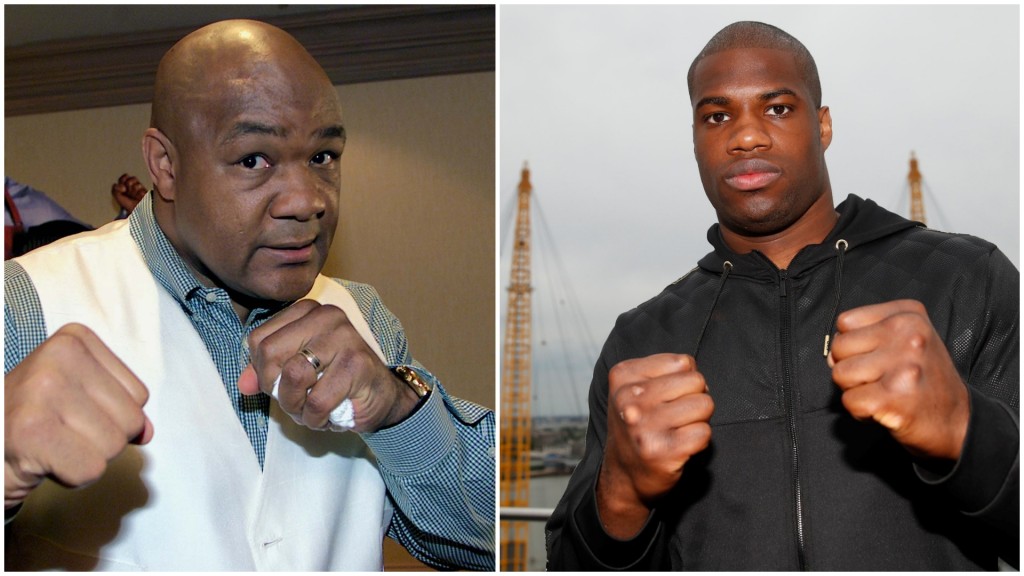 The former world champion and one of the most feared punchers in boxing history has been wowed by the devastating power of Dubois.

Foreman has been following Daniel’s career from his Texan home and gave him ‘The Punching Preacher’s’ seal of approval, roaring: “I can’t see many opponents standing up to him for many rounds.

“It is obvious that Daniel Dubois will walk the trail of fame that only true heavyweight punchers can travel to.”

Foreman first won the world heavyweight title against Joe Frazier in 1973 and reclaimed it almost 21 years later in 1994 when he knocked out Michael Moorer and at the age of 45 became the oldest ever world heavyweight champion.

And of course, he took part in the most famous boxing match in history, ‘The Rumble in the Jungle’ when he was defeated by Muhammad Ali in 1974.

Foreman lending his support is a boost for Londoner Dubois ahead of what is one of the most intriguing domestic heavyweight title clashes for years.

Recent polls among fight fans have seen a surge in support for Nantwich’s Gorman to beat the young Londoner.

It is a fight not to be missed either in person or live on BT Sport this weekend.