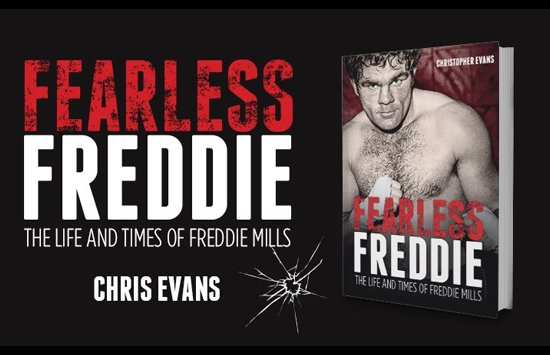 Politicians and pugilism have not always gone hand in boxing glove so it is heartening to see that the sport has another new champion fighting its corner in the political ring after the departure of the admirably feisty Charlotte Leslie as chair of the All Parliamentary Boxing Group.

Tory Charlotte sadly lost her seat at the last hastily-called General Election. Her replacement as boxing’s chief spokesperson in the House is 41-year-old Welshman Chris Evans, MP for Islwyn in Gwent.

Despite being in the blue corner Charlotte describes her Labour successor as ideal for the role. ”He’s a great guy who really loves the sport, knows it well and will do a terrific job on its behalf in parliament,” she says.

This I can vouch for. Evans was an engaging guest on my table at this week’s Boxing Writers’ Club dinner and I was impressed with his deep knowledge of, and interest in, the sport he has followed avidly since he was a schoolboy in South Wales. He is a genuine boxing buff.

He pulls no punches politically, either. No Corbynista, last year accusing his Labour leader of “egotism, arrogance and narcissism.”

He said Jeremy Corbyn did not look like a prime minister but a “rabble-rouser”, and called for him to do the “honourable thing” and resign.

Well, he lost that one but it least it indicates that Evans has a mind of his own and will be an formidable adversary for those in parliament, like fellow Welsh MP Paul Flynn, a long-time abolitionist, who try to talk boxing down.

Moreover his passion for British boxing has led him to produce a very readable book about one of its most colourful and controversial personalities, Freddie Mills.

It is not the first literary work about Fearless Freddie, Britain’s favourite fighting son of the immediate post-war years, and probably won’t be the last, such is the lingering mystique over the one-time milkman’s death and events leading up to it in July 1965.

Freddie Mills was a household name, as big if not bigger than Anthony Joshua or any of today’s TV-promoted fistic luminaries.

In terms of popularity and pizzaz he was a forerunner of the late Terry Downes; like Downes he was crashing, bashing and dashing, and also became a showbiz celebrity at the conclusion of his roller-coaster 101 fight career.

Mills was world light-heavyweight champion from 1948 to 1950 and also a world heavyweight title contender. But more than that he was a fantastic character.

But the sporting legend, whose public persona was so affable, had a darker side which this book grippingly explores and dissects, including his contact with London gangsters.

Conspiracy theories continue to abound about his demise at 46, found shot by a rifle through the right eye in his parked silver Citroen in a cul de sac behind his nightclub in London’s Soho.

Whether it was suicide or murder remains British boxing’s greatest Whodunnit.

Was he bumped off by the Krays, with whom he had a recent dispute, the Mafia, the Chinese Triad or did he simply take his own life because of crippling debts.

The Coroner decided it was the latter but Mills’ family and many who knew him at the time have never accepted this.

Mills’ late widow, Chrissie, fervently believed it was down to the Krays but as Leonard ‘Nipper’ Read, the cop who eventually nailed them, and later became chairman of the Board of Control, has said, there was no evidence that he was a victim of the Terrible Twins. Or anyone else.

In fact the Krays had been great fans of Freddie, though one has to say sentiment was not the most prominent of attributes in their psyche.

Evans does no draw any conclusiions and in any case Mills’ death is not the main focus of the book.

Rather it is an absorbing and well constructed chronicle of his remarkably rumbustious career from, the world of the boxing booth (a fascinating chapter in itself) to the world stage.

Much of the book was assembled during the MP’s paternity leave and what I particularly like about its narrative is the graphic punch-by-punch reportage of his greatest ring wars.

Of course Evans never saw him fight in the flesh but his diligent research gives it the ring of authority and as a result a book as entertaining as Mills was himself.

His name was synonymous with the bulldog spirit during the war, in which he had served in the RAF.

As a kid myself I was glued to the radio whenever he fought captivated by his courage an d resilience in battles with legendary names such as Gus Lesnevich, Bruce Woodock, Len Harvey, Joe Baksi and Joey Maxim.

His fearless aggression, all action style and whirlwind punching saw him produce some of the most exciting fights seen in a British boxing ring. He was champion before the plethora of world titles when it meant he could rightfully call himself the best in the world.

As Evans concludes: “For many fans their most abiding memory of Freddie will be of the night he conquered the world (in a return with American Lesnevich). As he stood in the ring at White City, eyes ablaze and arms aloft, for a brief moment he encapsulated the hopes of post-war Britain.

“With the world championship belt around his waist, and the rapturous crowd singing his name, he ascended to the level of an icon. Despite what happened afterwards, on that night Freddie Mills was glorious.”

Fearlesss Freddie, The Life and Times of Freddie Mills is published by Pitch Publishing at £17.99

I WAS HONOURED to be asked to write the obit of Terry Downes in Boxing News this week. 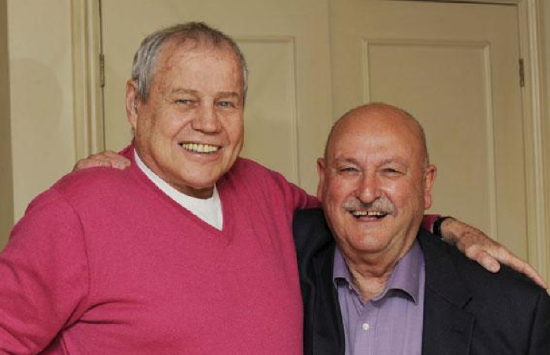 He and I went back a long way – to the time when we both began our respective career journeys – him as a pro boxer and me an aspiring scribe two years his junior.

So I hold a special affection for Paddington Express, whose reign as Britain’s oldest surviving world champion sadly ended at 81 last week.

He was the first world boxing champion I ever interviewed as a young reporter on a sports magazine and his second reprise with Paul Pender in Boston, in April 1962, where he had lost their initial encounter on cuts, was the my baptism to covering many world title fights in America.

My abiding memory is of an emotional Downes standing in the shower afterwards, tears of frustration cascading with the copious blood from facial wounds after Pender regained the title over 15 rounds. “I thought I won,” he was to say. “But then I always did.”

But what made Downes so special, apart from a wit as sharp as his punches, was that here was a Brit who battled forward like an archetypal Yank, a two-fisted tornado – hardly surprising as his formative fighting years were spent in America, where he went with his parents as teenager, joining the US Marines.

I last met him at the Board of Control awards dinner a year ago. He was in a wheelchair. Various ailments had beset him in his latter years – bladder cancer, arthritis in both legs, a blood disorder. But he remained in good spirits – and good voice.

After his retirement Downes was for many years a regular at boxing shows, preferring to sit at the back of the hall, loudly offering his critiques. He didn’t suffer inferior pugs gladly, and in his fruity stentorian monotone he let them know he thought they were ‘bleedin’ useless’ if they weren’t doing the business. “My old woman punches harder than you!”

Only once was he ever verbally-counter-punched. A rather precious MC was taking a long time introducing celebrities. “And now a big hand for the wonderful, the inimitable, the one and only…”

From the back came a raucous roar: “Get on with it, you old poof!”

The MC paused and sniffed: “Not so much of the old, Mr Downes.”

Downesy’s nose may have bled profusely but at least the devoted family man kept it clean, which makes it all the more surprising that, while his Cockney contemporary Henry Cooper received a knighthood, he did not have a sniff of a gong, not even an MBE unlike nearly all other world or Olympic boxing champions, until five years ago. Then after a long campaign led by his friend, the referee Bob Williams, it was notification of a lesser BEM (British Empire Medal) for his services to charity and sport that dropped through his letter box.

He was not even required to visit the Palace to collect it.

No doubt the powers-that-be had visions of Downsey receiving his gong from the Queen and snorting:”About bleedin’ time, yer Majesty!”