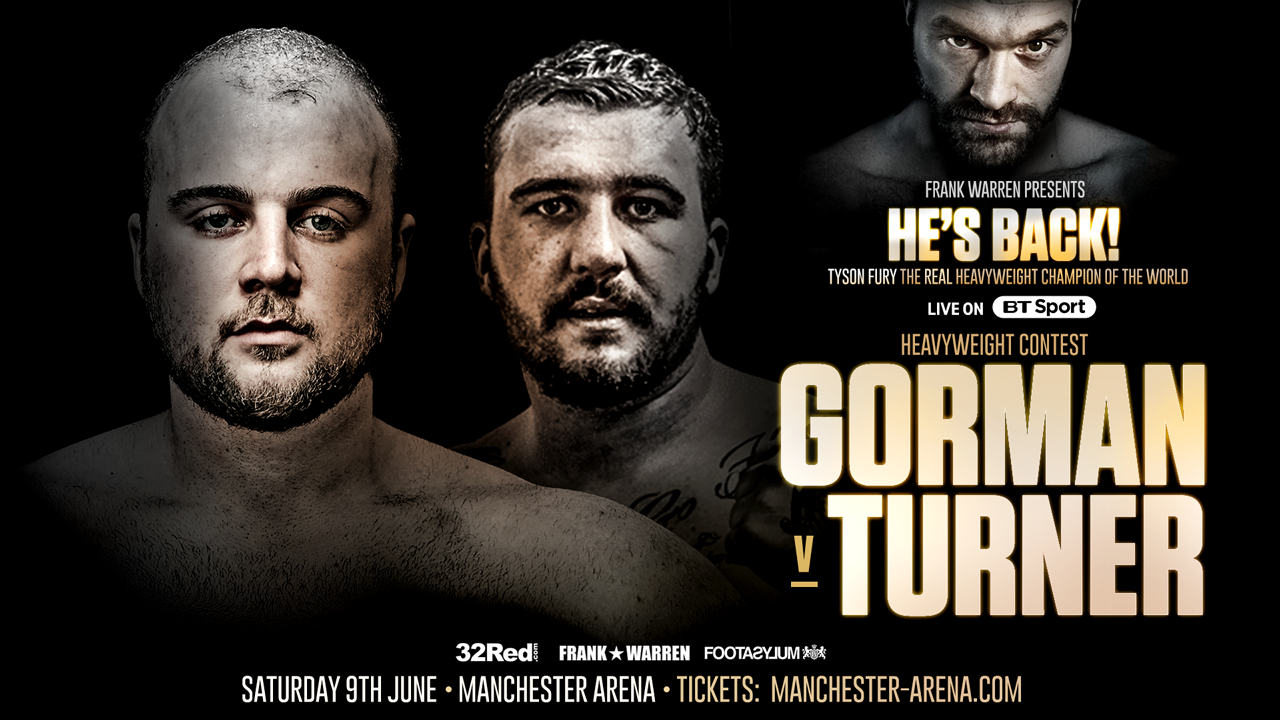 Britain has seldom been blessed with a brighter crop of talented heavyweight cubs but Cheshire colossus Nathan Gorman is adamant that it’s his destiny to surface as the King of the Pride.

But to traveller Nathan – a great nephew of gypsy bareknuckle king Bartley Gorman – the capital crunchers are simply prey that need to be trapped and snapped, sooner rather than later.

‘With Hughie Fury saying he intends to vacate, I hope to fight either Dubois or Joyce for the British title THIS YEAR,’ insists the 6ft 3in, 18st plus pedigree pug who has clattered a dozen straight with 10 capsizing before the scorecards were required.

‘I know promoters go on about letting these ‘super fights’ build but, at the end of the day, it’d be the prestigious British heavyweight title on the line and every prospect wants to own that, surely? Honestly, I’d fight either of them tomorrow.

‘I believe that I stand out over Daniel and Joe because I’m the full boxing package, I can box, fight, bang, move, I’ve got extremely fast hands and I know I can do 10 or 12 rounds at a good clip.

‘Joe punches in bunches and he’s relentless but just piles forward. Dan just does the basic stuff, tries to bang you out with one big back hand. He’s a bit stiff. Me against Dubois definitely wouldn’t go the distance. Impossible. We’d both be looking to take the others head off.

‘No one knows Dubois better than me because we sparred several hundred rounds at GB. I know exactly what he can do….and what he can’t do!

‘And I’ve certainly fought far better opposition. Frank (Warren who promotes both) has made sure I’ve been active in tough, progressive matches against stiff competition.  There’s no Dominic Akinlade (8-1)or Mohamed Soltbys (13-0) on Dubois’ record.

‘Anyway, I think Tom Little is going to cause Dubois a lot of problems when they meet for the English title later this month. If Dan clips him, it ends but Dan can’t hack movement and you can’t hit what you can’t catch.’

The sizzle-fisted tower of power, still only 21, gets a chance to edge in front of his feted rivals next Saturday when he exchanges grenades with Dublin dangerman Sean ‘Big Sexy’ Turner over eight rounds in an Jumbo sized appetiser to lineal heavyweight king Tyson Fury’s ring return at Manchester Arena.

‘There’s no harm in healthy competition and we’re all trying to surpass each other’s most recent performance. But I wouldn’t say it adds pressure. I relax and try to repeat the form I produce in the gym every day,’ says Gorman who is coached by ex-two weight-world champion Ricky ‘The Hitman’ Hatton.

‘It’s a privilege to be involved in a potential 18,000 sell out – the return of the former unbeaten world heavyweight champion, in his home city – and for me to be in such a challenging fight; potentially the toughest of my career. It’s a huge platform and I intend to turn a few heads.

‘Britain has some of the very best heavyweights in the world and, bar Hughie Fury, I’ve sparred all of them. I view every heavyweight as opposition, even those who are 1-0, just starting out, but it’s only once I’m contracted to fight ‘em that I really start to study them.

‘This camp, I’ve had top, top spars with other unbeaten heavyweight prospects such as Kash Ali and Alex Dickenson and I’ve been fortunate enough to do rounds with Tyson (Fury).It’s always a chess match.  That’s bringing me on in leaps and bounds, picking up little bits from the former unbeaten unified heavyweight champion. You can’t get better sparring than that.’

‘Big Sexy’, who routinely settles the scales in excess of 18st himself, has clouted out eight of his 12 victims (against two points losses) so, one way or another, there’s likely to be an almighty thud on the canvas once the gunpowder is lit. Should be fun!

‘We were supposed to fight before. Sean ploughs forward and throws big bombs. He’s only lost to top lads and his record shows he can really whack so I’ll have to stay alert.  He also seems durable so hopefully, I’ll get rounds out of him,’ says Gorman.

‘I’m 12-0 so I’ve got to have these stiff tests now, you can’t keep having knock over jobs. But he’ll not trouble me. He’s ‘Big Sexy’ but I’m bigger and sexier.

‘I intend to show off all my skills; my speed, my movement, and finally my power. I want the whole audience talking about me as they leave the venue.’

Tickets for Gorman v Turner are available purchase NOW via the Manchester Arena on www.manchester-arena.com and tel: 0844 847 8000.