Apparently Anthony Joshua is heading for a crack at the IBF world heavyweight title belt abruptly confiscated from Tyson Fury and freshly acquired by the 29-year-old American Charles Martin.

Talks are said to be at ‘an advanced stage’ for the bout – which will be only Joshua’s 16th – to take place as early as April. 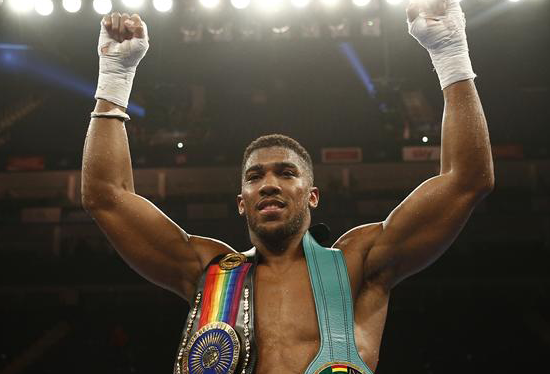 I know world championships have been won in fewer contests – Leon Spinks, like Joshua and Olympic champion, had only seven as a pro when he astonishly outpointed Muhammad Ali – but it Big Josh’s case it isn’t so much the winning but what happens afterwards.

He may fancy his chances against the undefeated by relatively undistinguished Californian southpaw but should he actually win there will be no going back to finish the apprenticeship he is still serving.

No more stiffs or not-so-golden-oldies upon which to sharpen his skills.

He’ll be be right up there in the Premier League of pugilism with every fight from then on a title test.

I am surely not alone in thinking he is not quite ready for that. Next year maybe but certainly not yet.

What is they say those who rush in…?

There are those who believe Joshua would be better off, both financially and fistically, working towards a blockbuster fight with comeback-making David Haye this year – not least Haye himself of course.

Whatever the merits of his return to the ring at 35 after a three-year absence, the Hayemaker continues to ooze charisma.

This has always been an integral part of his character, and was certainly in evidence in what was to become the watershed fight of his career when he brilliantly won the WBA and WBC world cruiserweight titles from Jean- Marc Mormeck in the Guadaloupe-born Frenchman’s Parisian backward in 2007.

This fascinating clash of styles brought out the best in Haye as a box-fighter, getting up off the floor to win in seven rounds. 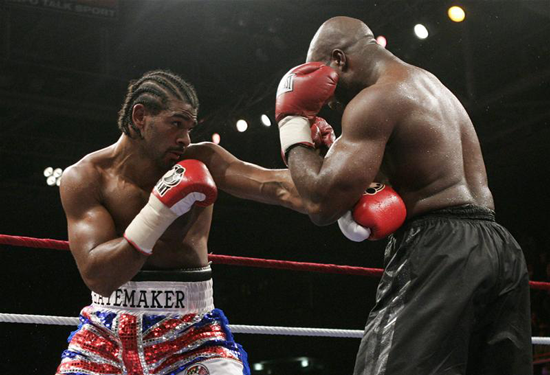 It is the subject of the next A Fight To Remember to be screened by Box Nation tomorrow evening.

The Old Firm of Hubbard and Hart (“ not so much of the old,” says Colin) debate the bout in what producer Jim Bentley reckons is one of the liveliest in the popular series

If only Haye, then 27, had shown half as much as much grit and gumption later against Wladimir Klitschko as he did then, he might have limped away from Hamburg on his bad toe with his head held a little higher.

Would he beat Joshua…or Tyson Fury should they ever get down to business? Tune in to see what we think.

Bumped into Anthony Ogogo in the BoxNation studios. The talkative Olympic bronze medallist, unbeaten in eight as a pro middleweight, is appearing regularly as a pundit alongside Charlie Webb on the novel Charlie’s Web show, which brings fans right up to date with what’s trending and trendy in the digital age of boxing.

Never short of an opinion or several, Ogogo is looking in great nick after boxing only once (last July) in the past 18 months due to surgery for Achilles injuries and a shoulder dislocation.

He was last seen tripping the light fantastic in Strictly but says he should be back in the ring later this spring and has Billy Joe Saunders, among other world class middleweights in his sights. 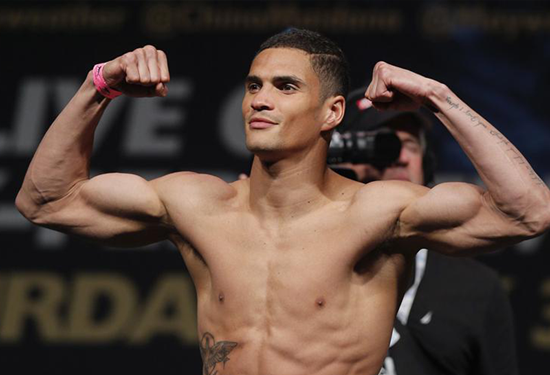 “It’s been a bit of a nightmare but all this adversity has made me stronger and more determined to be a success. I want to be fighting for a world title by the end of the year,” he tells.

Good luck with that one.

In his column here on Friday Frank Warren called for stricter controls on boxers sporting beards, which seems to be a trend these days, saying it leads to stubble trouble.

As he pointed out, beards, however whispery, are totally banned in Olympic and all major tournaments. And I now learn that AIBA, the sport’s governing body, also insist that moustaches are shaved off before all bouts, too.

So it seems no-one can win by a whisker any more.

I even had a prophet tell me something bad was going to happen that night. I thought he was going to hit me with an elbow, a headbutt, even knee me. But bite me? It never crossed my mind. But he didn’t bite because he was angry or bitter. He wanted out. When you want out, that’s the only time you bite. But I forgave him. If you don’t forgive, you’ll never be ultimately that person you really want to be.

Evander Holyfield reflects on the night Mike Tyson got his teeth into him.

One day I’m just training waiting for my next fight and then I get a call, do I want to fight Guillermo Rigondeaux? “Are you mad, one of the best pound-for-pound fighters in the world wants to fight me? Not half, I’ll definitely have some of that!

Liverpool’s James ‘Jazza’ Dickens says he had no hesitation in accepting a home-town date with one of Cuba’s finest on March 12.

If these drug issues had occurred in any other sport – athletics and cycling for example – it would have been all over the news and any bans would have been much longer. But in our sport it is kept largely under the radar. Yet boxing is the one sport where it’s not only about having a level playing field but where steroid abuse can be lethal. We fully accept the risks of going into the ring but drugs increase the danger of us being killed or critically injured.

My plan is to hit the Big C in the mouth