The middleweight division, always one of the most glamorous in boxing, is once again an exceptionally lively and fascinating one and I am sure the forthcoming clash between Andy Lee and Billy Joe Saunders in Manchester on December 19 will make it even more so. 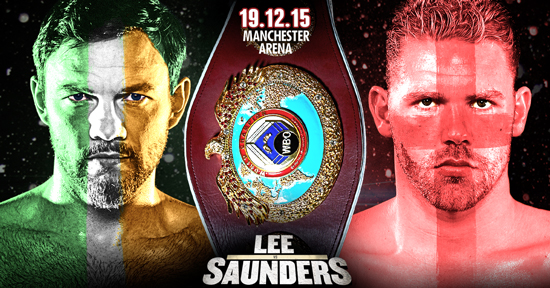 Not to mention the ultimate collision of skill, guile and power between Gennady Golovkin and Canelo Alvarez.

Fresh spice has also been added to the 160lb mix by the result of last weekend’s BoxNation-televised WBA title fight in which Daniel Jacobs sensationally – if somewhat controversially – stopped fellow Brooklyn resident Peter Quillin in just over a minute.

This must open up the intriguing possibility of a fight next year with the winner of the Lee and Saunders WBO set-to.

The inspirational Jacobs story rightly has been well chronicled and is certainly among the most heartwarming tales in a sport which generates more of them than most.

When Jacobs, a 28-year-old practicing Presbyterian, declared afterwards, as his warm was raised ”First of all I’d like to give thanks to the Man above” he was referring to more than just his stoppage of Quillin.

Four years ago, after going to hospital, with a persistent pain in his leg and back, originally diagnosed as a trapped nerve – it was revealed he had Osteosarcoma, a life-threatening form of bone cancer.

There was a large tumour wrapped around his spine, and after two operations, (one to insert a camera near his groin to explore the tumour, the second a six-hour procedure to remove it), the tumour was gone.

It took 19 months until he was fully recovered. The only lingering effect he feels now is his left pinky toe, which has neurological damage, but doesn’t affect his ability to box. (David Haye please note).

When he eventually returned to the ring he was aptly labelled ‘The Miracle Man. In his fifth fight back, he won the WBA’s ‘regular’ middleweight title (Golovkin is the division’s recognised champ).

Now, for Jacobs to win in such an emphatic manner over the hitherto undefeated Quillin is a fantastic achievement.

I know there was an argument as to whether the referee Harvey Dock should have stopped the fight – the American ringside commentary team and, of course, the Quillin camp thought otherwise, but I feel then ref was spot on.

‘Kid Chocolate’ was clearly very disoriented and unsteady after a final looping right hand had him reeling around the ring, and he had taken a bit of a belting in the 85 seconds of the bout, although he was always attempting to hit back.

Better safe than sorry always has to be the maxim in these situations.

Quillin wants a return and maybe he will get it, though not immediately, which gives some Lee-way for Andy – or, more likely I hope, scope for Saunders to step in.

I always thought Quillin was slightly overrated and vulnerable as was shown when he drew with Lee after coming in overweight. But his time may come again.

Many boxers come back after one-round knockouts – and Joe Bugner and Amir Khan are two British examples.

Meantime there is now another unification fight for Lee and Saunders to aim at in what is building towards one of the best and most fiercely contested battles of 2015.

Mark my word, this will be a classic punch-up top bring down the curtain on a fabulous fighting year for Britain.