Top super-bantamweight prospect Raza Hamza aims to fulfil a promise to his late mother and become a champion.

In a moving interview with Boxing Monthly online, the young Birmingham talent tells how his mother encouraged him to start boxing after watching Amir Khan.

But sadly she didn’t get to see her son’s first fight after passing away on the morning of his amateur debut following a seven-year battle with cancer.

Despite the heartbreak of losing his mother, the 12-year-old Hamza won that night and went on to win another 53 out of 64 fights and also collecting three Junior ABA titles. 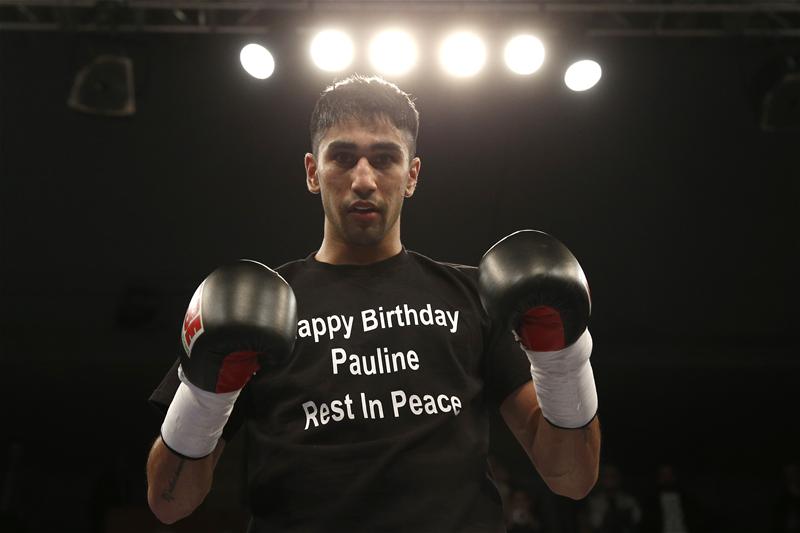 Hamza told Boxing Monthly, “My mother died in the morning then I fought in the evening. It was really, really hard.  When I spoke to her in the morning before I left for school she told me; ‘Make sure you win today’. To make sure I went on to do what she wanted me to do. While I was in school, that’s when she died. It was a very hard decision for me to make but I did it for her, it was just my mum’s dream for me to box and to do well in my life through boxing.”

Hamza left the amateur code having become disillusioned with the sport and turned over to the professional side, joining top Midlands trainer John Costello – father of top unbeaten talent Joe – and manager Lee Beard.

The 22-year-old made an explosive pro debut in February at the Wolverhampton Civic Hall, putting on a devastating performance to halt Jack Heath in 63 seconds and dropping him twice.

Exciting talent Hamza will have his next date announced shortly as he sets his sets on becoming a world champion in honour of his mother.

“Believe me, you will see me walk people down and destroy them. In this game, it’s the hurt business. If I don’t finish you off, you will finish me off. I’m in the ring to destroy you. You’ve come to take away something my mum wanted and I’m not letting you take it. I will destroy you.”