Handbrake off for rejuvenated Cox

Handbrake off for rejuvenated Cox 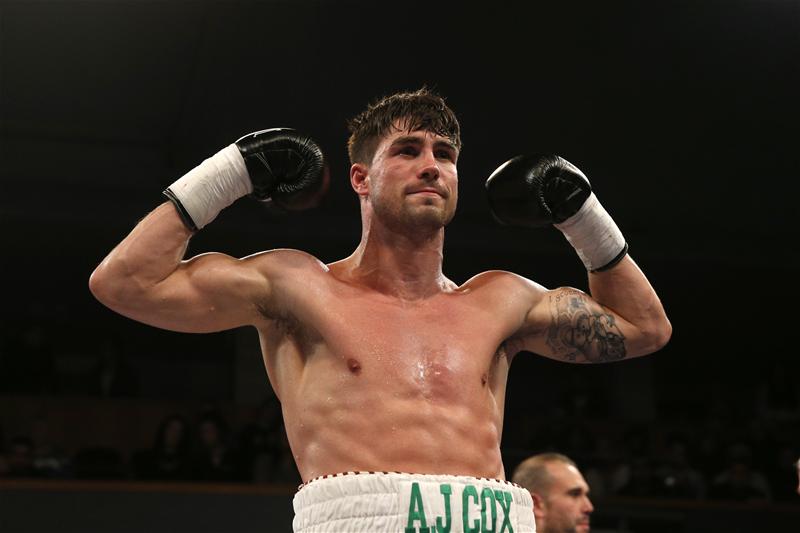 Beyond repair. That was the devastating message delivered to Jamie Cox by various specialists after suffering a broken hand back in 2011.

Cox, a decorated amateur who won Commonwealth gold for England at the 2006 games in Melbourne and an ABA champion in 2005, was in the process of clocking up both experience and wins as he entered into his 16th professional bout at the Hilton Hotel, Mayfair.

It might well have been Heartbreak Hotel. With a first title on the line when the now 29-year-old took on Obodai Sai for the Commonwealth light-middleweight strap, Cox was forced to fight virtually one-handed for nine rounds after his left hand was severely damaged in the third.

Remarkably, one hand was enough for the Swindon stylist to claim a unanimous decision on the judges cards, but his future in the sport was less clear cut. Turning his hand to alternative employment appeared the only option. Back to the day job.

Perhaps surprisingly, Cox was not particularly fazed by the painful twist of events and duly began building a career outside of the ring. A qualified personal trainer and multi-skilled in various fields of the construction industry, his CV was as impressive as his 16-0 record at the time.

“I went to a few hand specialists and they said they couldn’t re-do my hand, so I went back to work because I couldn’t box,” reflected the now WBO European Super-Middleweight Champion, who will defend his title on the ‘Man vs Machine’ production at Wembley Arena, headlined by Frank Buglioni’s challenge for the full world version of the belt on September 26.

“To be fair I wasn’t too down because it is what it is,” he added. “I had other options outside of boxing that I could have a good life with if it was going to be that way. But boxing is a sport that my success in makes my family happy. It would have been a waste, but I am back on it now, everything is going great and it is plain sailing now.”

Cox’s wheel of fortune took an upturn when his trainer John Costello sought further medical opinion and sent him north west in the direction of Manchester specialist Mike Hayton, who re-broke a previous repair and restored his left to full working order.

“It was pretty bad, but it now feels better than since I was 19 years old. I had to have more surgery, but Mike Hayton, the hand specialist from Manchester, is a great, great guy and brought me in when everyone else said they couldn’t mend it.

“He fixed my hand and it is stronger than before. I used to have niggles that people didn’t know about and now I don’t have any problems whatsoever.”

With both hands back on deck and having tested them out with a points victory over Matiouze Royer, almost three years after his Commonwealth crowning in his hometown, Cox really started punching his weight again in 2015 with the one round knockouts of Alistair Warren in February and Blas Miguel Martinez in July.

The quickfire KOs extended his record to 19-0 and Cox agrees it has been like starting over and is keen to crack on and fulfil his obvious potential. His career path in the fight game has been a rocky route up to now, with the philosophical southpaw suspecting his script is heaven sent.

“Yes definitely, I hurt my hand and there were certain things I couldn’t help and, at the end of the day, it is just how it has panned out. It happens, the Big Man upstairs plans the route for everyone and this is mine.

“I feel really good at the minute, and for the last 16 months I have been feeling really good in training and everything has gone to plan. I’ve been out in America and working really well out there for a couple of months.

“It does seem a little bit like the turning of a new leaf for me. I feel great and I’m most probably coming into the best condition of my life. It has shown in the last few fights.

“All I’ve worried about since coming back is just knocking people out.” 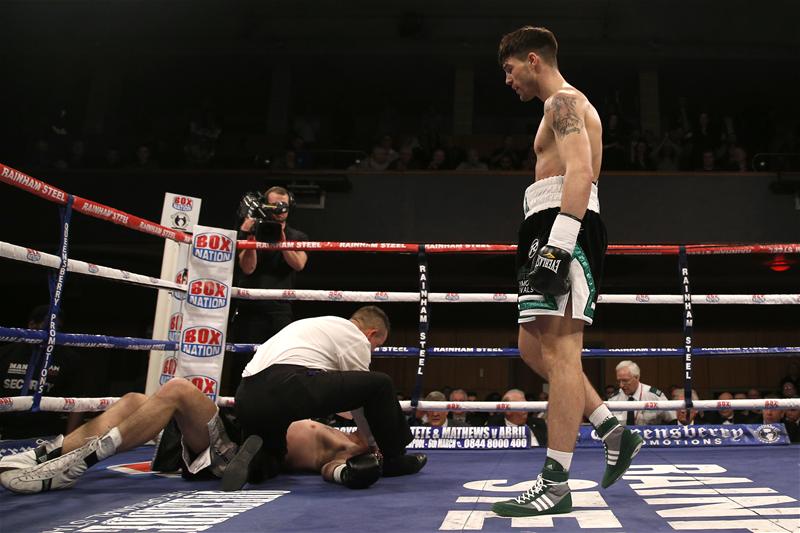 Weighty punches have indeed been dispatched in recent contests, but Cox now counts out his chances of operating again at his former title-winning weight of light-middle, while keeping his options open in the higher divisions.

“No, I’d never make light-middle again – that is out of the window – but I can make 11st 6lbs definitely,” he reasoned, having ventured into 12st territory last time out and remaining in the category for his WBO European defence at Wembley later this month.

It is a division that, for Cox, alleviates the stress of crunching down on his weight in the latter stages of camp, affording him the luxury of simply seeking to improve and hone his existing attributes

“That’s what I was happy about, happy that I was able to just fully concentrate on my training. Obviously boxing is a weight-maintaining sport so people have to watch their diet and everything. To be fair, I ate like a king before that fight.”

Cox is, however, fully prepared to tighten his belt and trim down to middleweight if an attractive fight is there to be made, admitting – however unlikely – that he wouldn’t reject the call if an offer to mix it with Andy Lee came along following the unfortunate news of Billy-Joe Saunders’ cruel cut that sees him miss his October date.

“Err, if it was there for me I would fight, no problem!” he responded with a chuckle. “I’ll do whatever they want me to do at the end of the day, I’ll just turn up and make sure that I put on a good performance for everyone.

Sergey Khomitsky was touted as an early contender for Cox’s next Wembley appointment in what would have been a taxing assignment had the match been made. Something of an executive journeyman, Khomitsky has slayed several young British prospects, but this is not something that troubles the more seasoned Cox, who wants to be tested at the top level and climb the ladder towards world honours.

“I’m not fighting Khomitsky and don’t know who I’m fighting as of yet,” he reported. “I’m pretty easy and wouldn’t turn down any fight, to be honest. He’s been good but, the thing is, I’ve always been in this game to fight the best people and I’m not bothered by anyone. I don’t mean that in a bad way but, if you want to be the best, you’ve got to fight the best people and I’m prepared for that.

“I’ve won a good title, I dedicated it to my sponsor because I appreciate everything he has done for me. We obviously move on to the next one now.”

Continuing to dine at the 12st table is a strong temptation, given the tasty domestic dust-ups that are there to be had on the super-middleweight menu, with James Degale already in possession of a World Championship belt and George Groves and Frank Buglioni hopefully following suit this month.

“It is, you’ve obviously got DeGale and Groves, then a few others out there in the UK that are decent, but they are the main two and Martin Murray has just moved up.

“Then there is Buglioni as well. If the opportunity came up to fight Buglioni or Chudinov, then yeah.”

So Cox will be an interested observer when Man seeks to topple Machine on September 26 and more than willing to try his hand against the winner.