HAPPY TO HIT THE ROAD 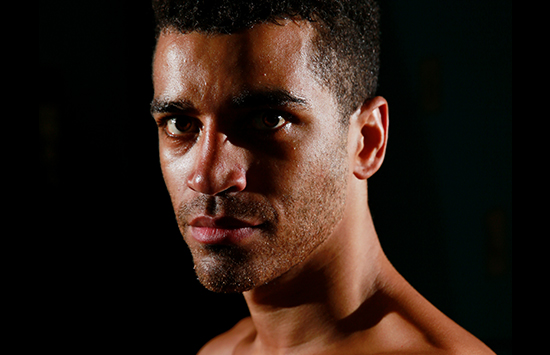 Nobody could accuse Liverpool super lightweight Sam Maxwell of just being a homebird. Only two of his seven fights so far have taken place within his own neighbourhood, with the decorated former amateur star exporting his considerable talents to Leicester, Belfast (twice), Leeds and Oberhausen (Germany). On June 9 his loyal band of followers will embark on a short hop to Manchester, where Sam will fight out his next career challenge and he takes up the story in his first exclusive Fighter Diary…

IT WILL BE absolutely amazing for me to be part of a show that includes Terry Flanagan bidding to become a two-weight world champion, as well as the return of Tyson Fury. From when I found out I was on it I have been buzzing ever since.

Over the last year or so I have hopped around a bit for my fights, with the most unusual location being Germany on the undercard of the Manuel Charr-Alexander Ustinov world title fight. It was a great experience, witnessing the atmosphere and build-up to it – and also having my own slot on live TV so I knew people were watching me at home.

So it was a fantastic time for me and I performed well in that fight as well!

There was a bit of extra pressure thinking about boxing fans watching me at home, definitely. I don’t know how many there were, but it could have been tens of thousands. You want to show them how good you are and you put that pressure on yourself.

I dealt with it and it is another box ticked for me.

I’ve also been to Belfast twice – I love it there – and got two KO wins and I am looking forward to going back there again.

I haven’t been fighting on my own doorstep much but, to be honest, I asked the people who come and watch me about it and they like the away-days better anyway.

They enjoy the travel and me fighting here and there. With this next fight being in Manchester I expect to put two coaches on.

They will love it if I give them a good win and they will also get to see Tyson Fury and Terry Flanagan in great fights.

My recent fights haven’t been going very long but it is not by design. I’m not looking to knock people out in the first round, I am just boxing how I would box over 12 rounds and getting the wins.

I am not against early stoppages, it is just a case of if I see an opening then I go for it. I won’t complain because these fights are going to get harder soon enough and when I get to the level I want to get to, they are going to be hard 12 round fights.

So I will take these first round knockouts while I can because it is not going to last much longer!

Because of my amateur pedigree and ability I think I am ahead of a lot of people, even though I have only had seven fights. Some need more learning fights that I won’t need because I have got the talent to be moved on a bit quicker.

A lot of people ask if I want to be pushed through quickly, but I think that would be wrong. I still need building fights but only in moderation.

I believe with Frank Warren I am with a promoter who will get the right fights for me. A big thing for me as well is being active and that is what I have been. I boxed in March, April and now I’m boxing in June.

I am so happy and I feel like everything is going to plan.

In an ideal world, by January I hope to be 10-0 and on the verge of a title – my wish would be the British. If that is not possible I would be happy with Central Area, English or an international, but I want to be in the hunt for some sort of belt.

I am 29 and I am planning to be in the game for a long time to come because I am young spirited and I don’t struggle to make weight. I love being in the gym every day and I feel young.

It is not about age, it is about ability and I will keep showing that in my fights.

I stayed as an amateur until a later age because I nearly qualified for the London Olympics, then I went to the Commonwealth Games – got a bronze – and was then No.1 because Josh Taylor turned pro.

I stayed on trying to qualify for the 2016 Olympics then Pat McCormack came on the scene and I got pushed down the pecking order.

It was the Olympics that kept me in the amateurs and I’m not sure if I regret staying on or not. Would I be the same fighter if I had left after missing out on 2012 after only being on the squad for a year? I don’t think I would be the fighter I am, or have the following I have, or have the team behind me of Frank Warren and MTK if I had.

Staying on gave me the opportunity of winning the ABAs for a second time and I had 13 WSBs – including two fights against Vasyl Lomachenko – and I have been all around the world experiencing different things.

That can’t be taken away from me and it is a massive part of who I am as a boxer. So I am glad I stayed on!

I now work in a gym with huge experience with George Vaughan, who has forgotten more than most will ever know. He knows more than you could ever think of and has got so many stories I could just listen to him all day.

We’ve also got Derry, who has been there and done it at the highest level and I think people tend to forget how successful he was.

It is great to be a part of it all and we’ve got a top stable with people like Jazza Dickens, JJ Metcalf, Craig Glover and a young lad called Nathan Bennett and we’re all got that champion mentality and are pushing each other on.

We all want to do well and I think we will.