HAS BRONER STILL GOT A PROBLEM? 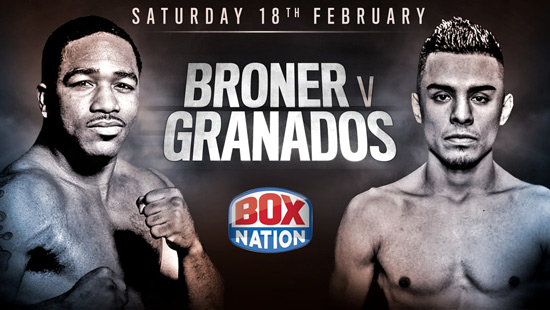 Adrian Broner is doing a pretty good job of trying to convince everybody that the penny has finally dropped and he is ready to dedicate himself to his boxing career.

He might even have looked up the word humble in the dictionary if recent interviews are anything to go by.

Yes, Broner has got talent because Average Joes simply don’t become four-weight world champions but, as regular readers will know, I have never bought into the hype surrounding him.

‘The Problem’ has encountered many issues over the years, with his fluctuating waistline being one of the weightiest.

To my mind, he has disrespected the sport and his opponents on the occasions when he hasn’t shown the diligence to make weight properly.

Even ahead of his return to the ring this weekend against Adrian Granados, we are told the stipulated weight has had to be increased by five pounds to accommodate the 27-year-old from Cincinnati.

So they will now compete at welterweight poundage in a fight that is probably more about seeking to get Broner’s ring career back on an even keel after he last year spent 30 days behind bars for contempt of court.

There is no doubt the 32-2 Broner is a colourful character and that has probably been a large part of his box office appeal. But, even taking into account his title tally, you wouldn’t put him down as one of the greats of the sport.

If he does stick to his word and switches on, time is still on his side to make a good fist of the remainder of his career as there are big fights out there for him if he can be trusted to make the weight.

Although whether he would want to risk a chastening experience by going in with someone like Terence Crawford is another matter.

Broner’s road to redemption begins in the early hours of Sunday morning, live on BoxNation, against Granados, who has won five on the spin with his most notable scalp being that of the previously unbeaten Amir Iman.

If he loses this one, Broner really has got a problem.

Ricky was a world champion as a fighter and now has the distinction of training one himself – a superb achievement by one of British boxing’s favourite sons. 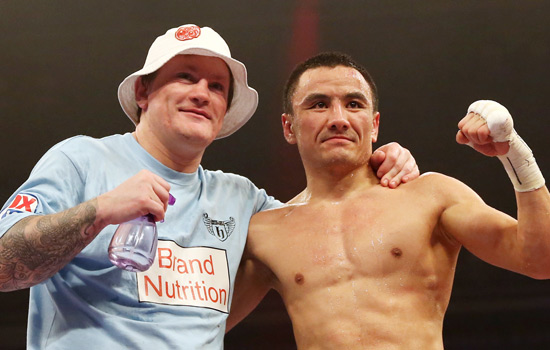 It’s been an occasionally rocky road for Ricky as a promoter and trainer, but he has stuck at it and is now starting to reap his rewards.

Hopefully this will prove the catalyst for many more title successes for Ricky’s gym.

I would also like to wish good luck to another British-trained success story that will be showcased on BoxNation ahead of the Broner-Granados fight.

Peterson, who won two versions of the super lightweight title against Amir Khan back in 2011, has mixed at the very highest level, but has had only six fights since winning that split decision and hasn’t fought since October 2015.

Avanesyan is an emerging force it is promises to be a fascinating clash between the new order and the old. Defeating a decorated name such as Peterson would see the Russian really put a marker down in the division and could lead to some potentially lucrative unification clashes against the more widely known champions.