Has Sweet Caroline turned sour in the UK? Not a chance 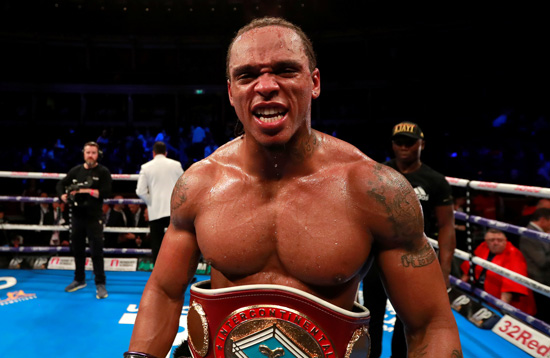 “British boxing in crisis” roared the headline on the cover story in a recent edition of the trade paper Boxing News.

Inside it related how Britain is losing some of its established major heavyweight attractions, Anthony Joshua, Tyson Fury and Dillian Whyte to American rings, lured by the mighty dollar now being splashed around by competing TV networks to help boost their ratings of the back-in-favour sport; not to mention the many British undercard fighters being employed to supplement the bills being beamed back to UK audiences

The old wartime buzz phrase here used to be “The Yanks Are Coming” but over there it is now “The Brits Have Arrived.”

Queensberry boss Warren, who has promoted Frampton’s most recent fights, has no qualms about The Jackal’s move. He says: “The enormous platform offered by ESPN in the USA is the perfect place for Carl to showcase he still has everything to offer at the top level. We fully share Carl’s belief that he can become a world champion again. He showed tremendous heart against Josh Warrington in December, and they could well end up meeting again down the line in a huge unification. UK fans can look forward to watching every step of Carl’s American adventure live on BT Sport.” 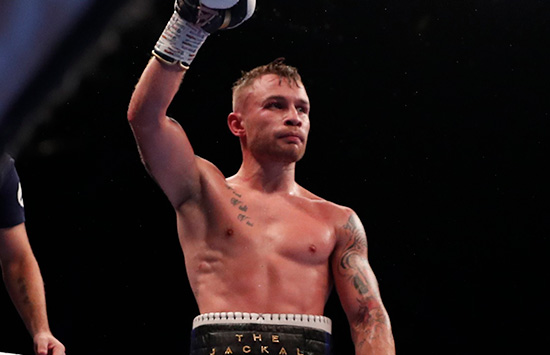 But he is more circumspect about heavyweight situation, saying:”It does and it doesn’t hurt British game.

“On the other hand all British boxers have to expand their horizons and if you are to make it big and make life-changing money you will probably have to travel.

“And you can be sure that when Joshua and Fury do meet it will be on a blockbuster stadium show in this country.”

So has “Sweet Caroline,” now adopted as boxing’s anthem, which has now crossed the Atlantic as witnessed in BoxNation’s live telecast from Madison Square Garden of Michael Conlan’s latest victory last weekend, now turned sour in this country? Not a chance.

Back on home soil if anyone thought British boxing was genuinely in crisis they should have been at the jam-packed Albert Hall just over a week ago.

When the doors of swung open for fisticuffs for only the second time in 20 years it wasn’t the Sound of Music that wafted through the baroque corridors and stairways leading to the hallowed domed auditorium but of thudding punches and throaty exhortations of ‘C’mon my son, be first!’ and ‘Mind ‘is ‘ead, ref’ as boxing took over from Beethoven and made its long-awaited ring reprise.

The noblest of arts was back where it belongs and where it was sweet music to our ears for so many decades.

A fire-cracker of a bill, topped by literally knock-out performances from two of Warren’s unbeaten, and currently unbeatable rising stars, heavyweight Daniel Dubois and light-heavyweight Anthony Yarde, and some pulsating punch-ups on the undercard, made it a night remember in a cockpit-like atmosphere that was reminiscent of the truly good old days.

As I have said, my own rheumy-eyed recollections of the Albert Hall are highlighted by three terrific scraps: a savage blood and thunder set-to between two fierce-hitting American heavyweights, Leotis Martin and Thad Spencer, both then world title prospects in May 1968, which Martin, who eventually ended Sonny Liston’s career, won on a ninth round stoppage; and the peerless Welshman Howard Winstone’s ninth round acquisition of the world featherweight title against Japan’s Mitsunori Seki a couple of months earlier.

Then, back in April 1963, the one I remember most vividly is Frankie “Tiger” Taylor’s sixth round knock-out of Lenny “The Lion” Williams, a featherweight punch-up so pulsating that some fans almost toppled from their balcony boxes with excitement.

However several fans of my vintage have reminded me that there was another Albert Hall fracas equally sensational, that of middleweight Tony Sibson’s five rounds tear-up with Frankie Lucas when he won the vacant British title in April 1979.

“Sibbo” – the chant was almost as familiar then as “Broono” was to become – was the forerunner to Tyson Fury as British boxing’s Gypsy King, a terrific crowd-puller, especially in the Midlands.

Like fellow Brits Alan Minter and Kevin Finnegan he fell victim to the raw brutality of Marvin Hagler when the American was at his ‘Marvelous’ peak. But he was truly an exciting box-fighter.

Now 60, Sibson hails from Leicester and doubtless he and the other of the city’ two most famous fighting sons, the former WBO middleweight champion Chris Pyatt, – who runs a gym there – will be ringside and roaring them on when boxing returns to the locale this Saturday night.

Both Sibbo and Pyatt forged their early careers at the Granby Halls, a venue not quite as historic as the Albert Hall, but sadly demolished in 2001 and is now a car park. 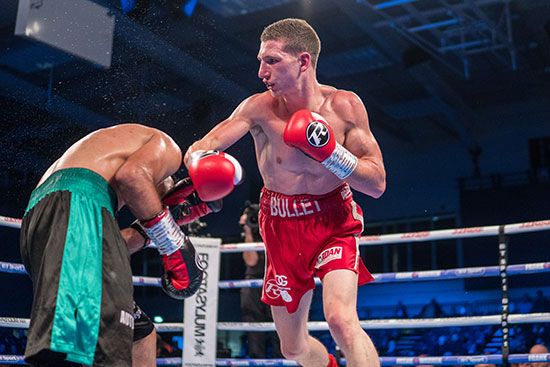 It should be a stirring climax to a bill featuring a decent fistful of Warren’s warriors, including Ryan Garner, Lyon Woodstock, Tommy Fury, Nathan Gorman and Willy Hutchinson.

So crisis, what crisis? Boxing’s nostalgic night in Kensington at the pugilistic Proms and now this action-packed line-up of stars-in-the-making in Leicester shows that the battered old game here is still very much alive and punching.