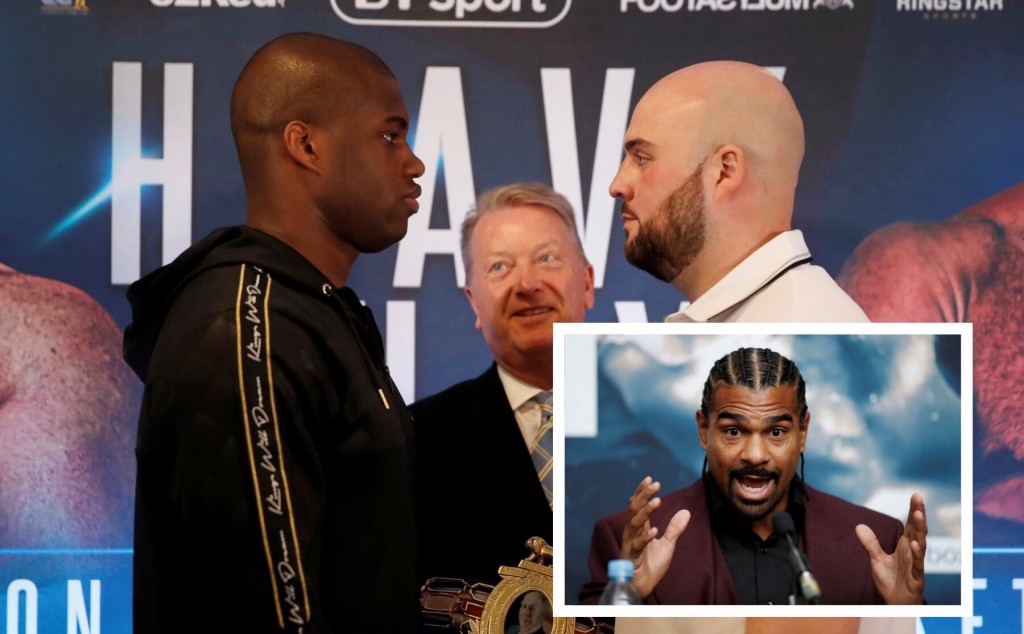 – Former World Heavyweight Champion can not pick a winner –

The Hayemaker is wowed by the domestic heavyweight battle of 2019 and says: “I don’t know which way it goes, perhaps a draw.

“It’s a fight I want to be ringside for because both boxers are young and hungry. They have very different styles that will gel nicely.

“These two fighting is only going to benefit fans.”

Former WBA heavyweight title holder, Haye has watched Gorman train at his gym and was surprised by what he saw, but is blown away by Daniel’s concussive power.

Haye added: “Ricky Hatton has done a great job training Nathan Gorman. You can look at the same opponent like Razvan Cojanu – Gorman won on points, Dubois knocked him out.

“That might be a way to judge the two, but believe me I’ve seen Gorman behind closed doors sparring and he is a real handful.

“He is a lot better than he looks. Aesthetically he is not that pleasing to look at, but the punch output and the left hook is good

“Ricky’s best shot was his left hook to the head and body. He has applied that to Gorman’s style. He moves his head and rolls well.”

Dubois, 21, has gained his reputation by knocking out all but one professional opponent so far.

Haye added: “Dubois can close the show. People expect heavyweights to finish with one man not being able to stand up.

“Frank Bruno built his brand doing that and Lennox put on performances like that.”

Some have questioned why Frank Warren has made the fight so soon in their careers, but Haye insists the Hall of Fame promoter has done the right thing by matching his hopefuls.

Haye told Boxing Social: “People say it is too early for them to fight each other, but Frank Warren made a good point that James DeGale and George Groves  fought at a similar stage in their careers.

“Both went on to win world titles after and even though DeGale was the loser on that night he became a two-time world champion.

“It doesn’t mean someone’s career is over particularly when they are so young like these guys. I just think it’s a great fight.

“People want to see fighters taking on each other. We’ve seen plenty of guys ducking and avoiding each other.

“We have two fighters on the same network who want the fight so crack on.”