He never laid a glove on Ali, but 50 years on London is still in there punching

Fifty years ago this weekend we were celebrating England’s finest sporting hour (actually it was two hours because of extra time) when the late, great Bobby Moore wiped his hands clean on his shorts before taking the World Cup from Queen Elizabeth and hoisting it triumphantly in the Wembley air. 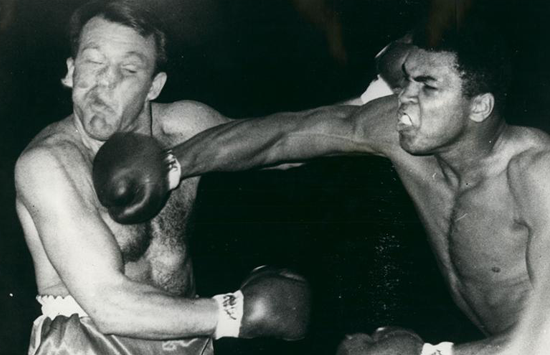 I was there – as I was exactly one week later for a rather more forgettable occasion which also celebrates –if that is the term- the same half century anniversary.

It was 50 years ago next Saturday that Brian London fought, and I use the term loosely, against Muhammad Ali at Earls Court. The fighter known as the Blackpool Rock was ko’d in three rounds, shamefully offering even less resistance than Audley Harrison did against David Haye.

He has subsequently admitted that he went into the ring for a pay day, knowing he had no chance of winning.

But at least he had a dry sense of humour. Years later, when the subject came up of whether Ali’s Parkinson’s affliction was brought about by boxing, London quipped: “Don’t blame me. I never laid a glove on him.” Nor did he.

London had entered the ring looking like a man heading for the gallows. I swear his knees were knocking as he waited for the bell.

It was an embarrassing, ignominious submission. London, who barely threw a punch himself, slumped down in a heap in the third following a three seconds 12-punch combo from Ali which barely grazed London’s chin. London made no attempt to beat the count, simply looking up at the referee.

Now 82, and second only to featherweight Sammy McCarthy (85 in September) as the oldest surviving British champion, London candidly admits he didn’t try a lick – because he was petrified.

”I only fought Ali for the money,” he admits. I should have tried harder and I regret that I didn’t, but that is well in the past now and there is no point in thinking back about it.

“Ali was far too good for me. I knew I had no chance. I didn’t try and I should have done.

“I’d seen some of his fights but I didn’t think he was as fast as he was. His speed was more like a welterweight or middleweight than a heavyweight. I just wasn’t good enough.”

London trousered some £30,000 for his endeavours – or lack of them – and there is an iconic photo of him at Euston Station the morning after purchasing a ticket for the train journey back to Blackpool. The sign above the ticket window reads: Second Class.

That aptly summed him up at the time. Yet in his day London was not a bad fighter and they still love him in Blackpool where the local council is now considering re-naming the Stanley Park Sports Arena, where he often fought, after him.

Tory leader Tony Williams say Blackpool had “done nothing to recognise” London, who in a 15-year, 58-fight career was British and Commonwealth Champion and twice fought unsuccessfully for the world title, against Floyd Patterson and Ali.

His call is backed by Kevin Hickey, the coach to the British Olympic boxing team from 1972 to 1988, who said: “I think it is a fantastic idea.”

Hickey, also from Blackpool, says London remains widely respected in the town and has done a lot for boxing in the resort and for local charities.

London, real name Brian Sidney Harper, was born in West Hartlepool, son of another British champion, Jack London, and moved to Blackpool when he was 16.

London’s 36-21-1 record is like a who’s-who of heavyweight boxing, although he rarely won in the highest class. He was defeated by the likes of Henry Cooper (twice), Ingemar Johansson, Eddie Machen, Jerry Quarry (twice) and Joe Bugner, the latter in London’s final fight in 1970 at Wembley.

Over the past 50 years London was one of the very few boxers I never really rubbed along with. 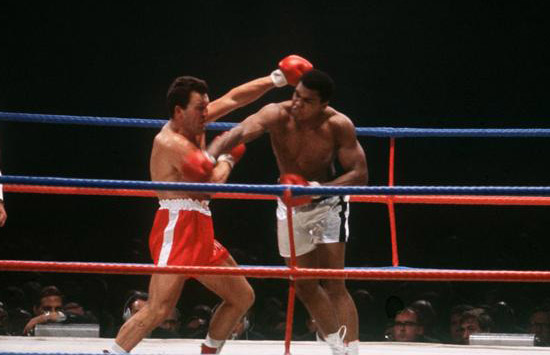 Ironically this may be because I’m a Londoner.

He had a deep suspicion of all from down south and seemed to have a bagful of Harry Ramsden’s finest on his shoulders.

Unusually for a boxer he could be surly and uncooperative yet when the mood took him and he fancied the job he could really box. He was only ever beaten by the best.

He also provided, if unintentionally, some colourful copy.

“Us boxers,” he once famously proclaimed in a TV interview “are just prawns in the game.”

He could be pretty blunt, too. A few of us were sitting in a Wolverhampton café on the afternoon of one of his fights when he came in with his entourage and ordered high tea.

London may not have been the greatest heavyweight champion Britain has produced but he was rarely involved in a dull fight.

Coney Beach Arena in Porthcawl was the unlikely venue in August 1960 for one of the most notorious nights in British boxing history.

The ‘Blackpool Rock’ challenged Newport’s Dick Richardson for the European title in a bad-tempered scrap, but it was the post-fight chaos that caused outrage.

The bout between the two fiery characters was predictably bad tempered, and heated up even further at the end of the seventh when London was cut by what he claimed was a head-butt.

London appeared to drive at his opponent before the bell had even sounded to prompt an out-of-control eighth round, the furious London shouting continuously at Richardson as he tried desperately to knock him out.

Heads, fists and elbows continued to clash, further bloodying London’s features, and at the end of the round referee Andrew Smyth stopped the challenger because of his cuts.

And then it really all kicked off.

London threw a punch at Richardson’s trainer Johnny Lewis, sparking a shocking mass brawl between the seconds from both corners, including London’s father – former British and Commonwealth heavyweight champion Jack. 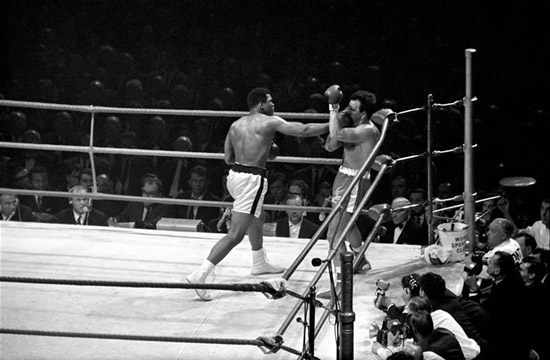 The referee, ring announcer and spectators were drawn into the rumpus was eventually broken up by the police. London was later fined £1,000 by the Board of Control

then there was the bizarre night at Stanley Park when a rainstorm flooded the arena.

Both he and American opponent Howard King had to be carried to the ring on the backs of their respective trainers so as not to get their feet wet. They had agreed to box barefoot because of the slippery canvas. Then referee, Wally Thom, officiated in a raincoat. London won with a sixth-round ko.

A longshoreman from San Francisco, Fletcher was known as a heavyweight to avoid because iof his punchjng power and he seemed in a foul mood when we attempted to interview him on gthe eve of the fight.

Some time later we learned why. The late Lewis confessed to us that he had offered Fletcher a substantial ‘bung’ to take a dive. But Fletcher’s reaction was one of fury, angrily spurning the attempted bribe. He was clearly still seething when he took just over a minute to batter London and ko him in the opening round.

Now teetotaller octogenarian London, who became a successful night club owner in Blackpool, where he still runs and works out daily, waits to see whether his fistic alma mater in Stanley Park becomes The Brian London Arena.

Which remind us that another British heavyweight also swiftly despatched by Ali, Richard Dunn, had a stadium named after him in home-town Bradford.

When told of this, one of our American boxing writer friends, the wonderfully laconic Ed Schuyler of AP, enquired: “That so? Is it still standing…”