HEAVY GOING IN AUCKLAND, BUT HUGHIE’S TIME IS COMING

The first of Tyson Fury’s recently relinquished titles is now under new ownership after Joseph Parker just about did enough to overcome Andy Ruiz jnr in Auckland on Saturday morning, live on BoxNation. 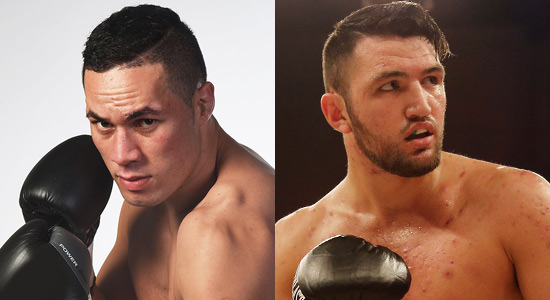 The good news is that it could well be back in the hands of the Fury family before too long.

It was a decent enough fight, without exactly having us on the edge of our armchairs and, in all honesty, I was expecting a little bit better from two young, unbeaten contenders.

There was hardly anything in it, with neither of them particularly forcing the issue, but the right man probably got the nod in the end.

It certainly wasn’t one of those fights that left you craving a rematch and it is probably a good job because that is not an option.

Parker must now defend against our own Hughie Fury, who officially holds mandatory status for a challenge for the WBO heavyweight title.

David Haye was initially in pole position, but he now has a March date in his diary, so it goes to the next available contender and that is Hughie.

I know Hughie was watching events in Auckland closely and wants the fight. He is right up for it so we will do our best and get it done for him.

We will enter into negotiations with the objective of bringing the fight over here. The worst case scenario is that it goes to purse bids and if it does, so be it.

Bringing the fight to the UK market makes sense for both parties and it would be the perfect opportunity for Hughie to really put his stamp on the division and show the public what he is all about.

He is a superbly talented individual who is so well drilled and schooled by his father Peter. All the tough and tricky learning fights he has been put through from such an early age will really serve him well now.

Tyson must be watching the heavyweight soap opera play out with a heavy heart. It is such a great pity with the title jigsaw coming back together that the best one out there is currently inactive.

It does seem like there is an attempt to airbrush him out of the picture at the moment, as if his feat in making the then long-time unified champion look very ordinary never happened.

There is a lot of brainwashing going on, with hype-fuelled talk of the biggest fight in British boxing history happening when Anthony Joshua takes on Wladimir Klitschko in April.

Unfortunately, we are still none the wiser about Joshua due to the calibre of opponents he has been spoon fed, while with Klitschko the old adage of ‘you are only as good as your last fight’ springs to mind.

He was comprehensively flummoxed and outsmarted by Tyson over a year ago, but it seems some people are intent on trying to reinvent him as the ultimate force of the division.

He will be 41 and out of the ring for nigh on 18 months by the time the fight comes around and it remains a source of bemusement to many that he was somehow parachuted in for a straight shot at the vacant WBA title, bearing in mind his performance last time out.

It does make you wonder what exactly the criteria is, but it strikes me that it is simply more bullshine from the WBA.

Tyson is out of the reckoning at the moment but, once he sorts himself out, this unbeaten 28-year-old will have plenty of time to set about reclaiming his lost property.

I would happily put him in and back him to beat all the current champions and contenders, but I have to concede a fight with Hughie might just be a tricky one to make!.