HEFFRON SPARRING LIAM SMITH, GETTING INSIDE TRACK ON LIAM WILLIAMS 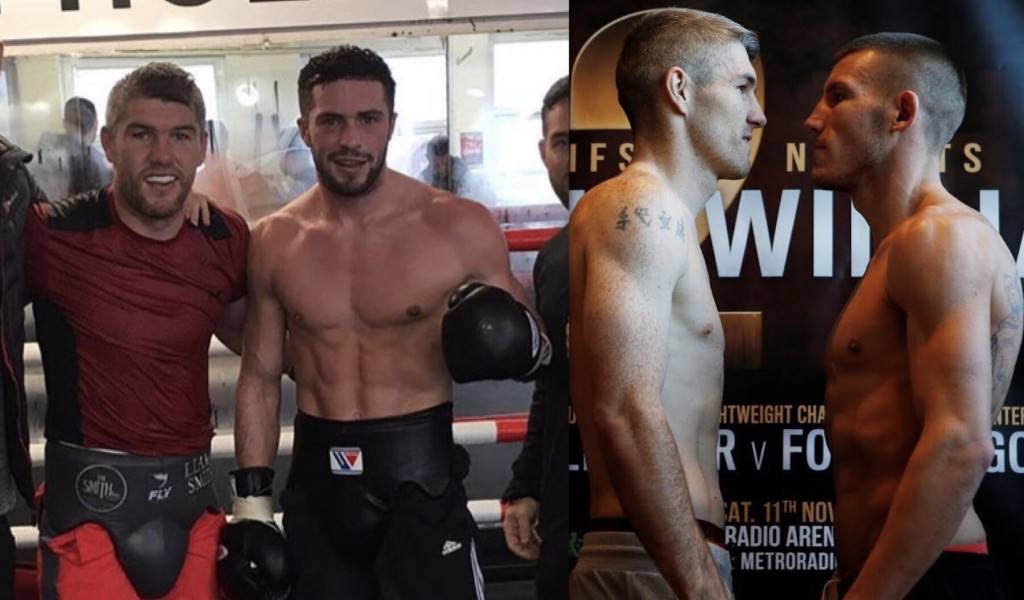 MARK HEFFRON HAS locked horns in training with an informative ally as he prepares to challenge for the vacant British middleweight title against Liam Williams at the Manchester Arena on December 22.

Heffron, 21-0, last week received the welcome news that he would still be competing for the coveted Lonsdale belt against Williams, who is jumping up to 160lbs for a fight that has caused a big stir in the boxing fraternity and one of many that could potentially steal the show on the epic Josh Warrington-Carl Frampton card, live on BT Box Office.

The knockout artist from Oldham – also known as ‘Kid Dynamite’ – is now in possession of some useful inside knowledge on the workings of his opponent, otherwise known as ‘The Machine’.

Because, he shared a ring on Monday with none other than Williams’ nemesis Liam Smith, who has experienced two ultimately successful encounters with the Welshman.

“It was good, man, and I got a good solid eight rounds in with Liam where my fitness was mint,” reported the 27-year-old. “I would say I am ahead of where I thought I would be at this point.

“Yeah he has been telling me loads of things, Liam, just loads. I’ve been taking it all in when he is telling me what Liam Williams is good and bad at.

“I won’t say what, but I have picked up loads of little things myself from watching him too. So with Liam Smith telling me lots of points too I would say everything is going to plan up to now.

“I am looking forward to it,” added the WBC International title holder, who is happy that the British title remains on the line for a fight he considers to be of far greater magnitude than the one he was originally mandated for.

“I’m buzzing, Liam Williams is a big light middleweight anyway and it is a big name for me when I beat him.

“I am still getting to fight for the British and at this level I will beat them all.

“I am even more happy that it is against Liam because he is a massive name for me, much more so than Jason Welborn, and he will bring the best out in me.

“It is a much bigger fight.”