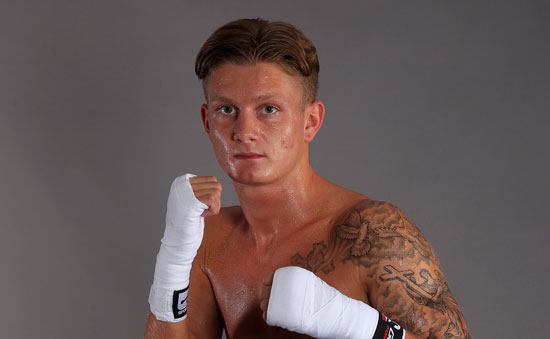 The unbeaten 20-year-old is looking to claim his third consecutive victory and has been cutting no corners ahead of the fight as he looks forward to a big 2016 as one of the exciting new ‘faces’ to watch out for.

He said, “This is going to be a massive year for me when I get my ring experience and the rounds in before I start looking at titles.  Right now I’m concentrating on January 22nd but by the end of the year I’d like to at least have a Southern Area belt around my waist,”

“I’m looking to get in as many fights this year as possible, probably seven or eight, and keep learning and improving all the time. I’m completely devoted to my training because I want to make the sacrifice and reach the very top of this sport so I didn’t even have Christmas day off!”

He saw Olympic champion Luke Campbell suffer his first professional defeat when he was stunned by France’s Yvan Mendy at the 02 Arena in December and Sharp is determined to not let the same happen to him.

He added, “Campbell was beaten last month and it shows what a hard business we’re in and a loss can happen, even to the best of us.  I want to be at the top of my game at all times so it doesn’t happen to me.  I’ve benefited from sparring with the likes of IBF World Champion Carl Frampton which has been a fantastic education,”

Sharp will be watching intently the massive all-British WBO World Lightweight title clash between Terry Flanagan and arch rival Derry Mathews as he knows that one day he will be in their shoes.

“It’s a cracking fight, only two months in and this is already a contender for fight the fight of the year, I can’t wait for it.  This is where I want to be in a few years time, fighting for world titles in arenas, that’s my dream,”

“As for the fight, it’s really hard to call, I can definitely see it going the distance. For me Flanagan edges it but only just; it’s a fifty-fifty fight for sure.”