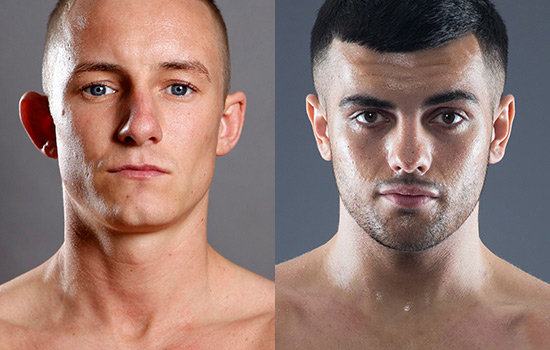 Ellesmere Port star Butler is back enjoying life at Bantamweight after teaming up with Ring Magazine Trainer of the Year Joe Gallagher at his gym in Bolton alongside former WBO Super-Welterweight Champion and Frank Warren stablemate Liam Smith.

He made a winning start to the new partnership at the Bolton Whites Hotel last month where he put in a punch perfect performance to outclass Mexican Victor Ruiz over ten rounds. Still only 27, Butler is currently ranked inside the top 15 with the WBO and is confident of securing another World title at Bantamweight in 2017 after getting through a scheduled ten round contest in Paisley.

“I’m buzzing to get back in the ring and put in another top performance and push on towards a second World title at Bantamweight,” said Butler. “I believe all of the Bantamweight World title holders are there for the beating.

“With Joe in my corner I’m confident of taking on anyone. I’m really enjoying working with Joe and the rest of the lads at the gym. I’ve known most of them since I was an amateur and constantly pick up new things training alongside them. After this fight I’ll be right back in the mix for another World title shot.”

Catterall, 23, has been tipped as the new Ricky Hatton with his all-action, thrilling, hard-hitting style that has taken him to an unbeaten 16 fight record with 9 coming by knockout and claiming the Central Area, WBO European and Inter-Continental belts on the way. On December 3rd he will make the fifth defence of his Inter-Continental title against an opponent to be confirmed.

Considered by many as one of British boxing’s hottest talents, the slick southpaw has picked up invaluable sparring experience with modern greats Floyd Mayweather and Canelo Alvarez. Chorley star Catterall recently teamed up with MGM and is now trained by Haroon Headley.

“I feel confident in the team and the people that surround me,” said Catterall. “With a new trainer and new management, I now feel like everyone has good understanding of the direction I want to be moving in. I’m looking forward to getting out before Christmas and getting stuck into some huge fights in 2017.

“I can’t overlook any fight at this stage of my career. Every fight is an important fight and it’s another title fight so I can’t afford to take my eyes off the prize for one second. Whoever I’m fighting will be looking to come and take my belt from me but I’ll stop them in their tracks.”