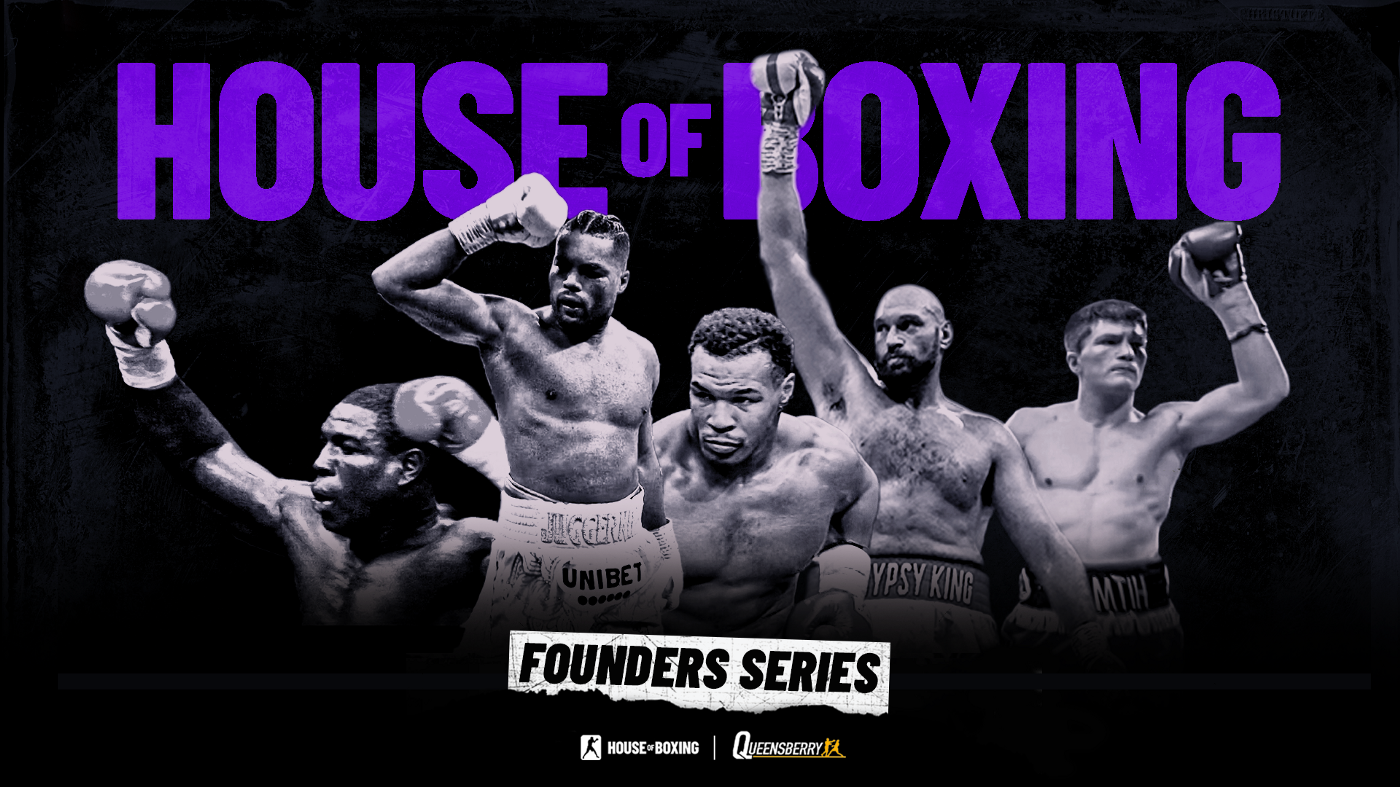 The Founders Series Closed Beta opens up Queensberry’s historic catalogue and looks to excite fans by thrusting boxing into the future. House of Boxing is part of a multi-year agreement between eterlast and Frank Warren to bring the UK’s largest boxing archive to Web3. The sports and tech partnership will see House of Boxing create unique NFT experiences using iconic moments, including epic fights involving legends such as Tyson Fury, Mike Tyson, Frank Bruno, Prince Naseem Hamed, Ricky Hatton and more. Digital Assets offer a new and innovative way for fans, collectors, and gamers to engage with the sport.

The super exclusive drop will enrol a select number of boxing fans onto the platform in weekly rounds. The collection is composed of Common Moments from an exciting crop of future world champions in the Queensberry stable, hidden within Founders Packs are super valuable Gold and Diamond Moments from boxing legends. Round one of the release to mark the third installment of the bout at Wembley will drop a limited amount of Fury V Chisora Moments. The soft launch series will hold special perks which holders will be able to access early 2023.

Queensberry stated, “we are delighted to be building on our relationship with eterlast. As a sports entertainment industry we’re offering a new way for boxing fans and enthusiasts to become more involved with the big personalities and historic moments from our great sport. We are using our vast archive of some of boxing’s greatest events to create exceptional experiences for fans.”

Using Blockchain technology, Queensberry is the latest in the long list of sports brands finding new ways to connect with and reward fans with VIP season passes and experiences. House of Boxing is opportunely positioned to succeed in this market, as collectible highlights form just one part of an ecosystem that is centered in online gaming.

Set for 2023 release the eterlast team are heavily underway building an immersive PvP combat game, boasting tradable assets, and licensed digital sports wearables. Built on IMX, the platform is in good company, the largest gaming blockchain hosts an exciting hubbub of game developers and is the home of the GameStop marketplace. Assets built on the Layer 2 solution are decentralised (governed by computer code) and are tradable on all marketplaces which support Immutable X. The blockchain for games allows developers to seamlessly utilise gasless and carbon-neutral NFTs in their marketplaces.

Joan Roure, CEO of eterlast, announced that they “are incredibly excited to partner with Frank Warren’s Queensberry, to bring one of the largest and most valuable boxing archives to Web3. House of Boxing is revolutionary: its mission is to become the go-to global Web3 platform for the boxing community.”

The first beta phase of House of Boxing will allow fight fans to mint the first Queensberry boxing collectibles. Fans can sign up to the waitlist for a chance at exclusive access to the closed beta.