How the other Tyson (Mike, not Fury) perfected the art of taking the pee

According to to Frank Warren, when Mike Tyson fought fellow American Lou Savarese at Glasgow’s Hampden Park 16 years ago the former world heavyweight champion was, if you’ll pardon the expression, “strutting around like a dog with two dicks”. 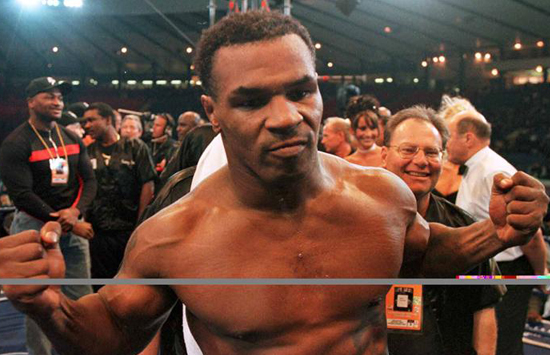 Later we learned why. Tyson claimed in an autobiography that he fooled the UK drugs testers by utilising what he calls his “whizzer” – a false penis filled with someone else’s clean urine.

Tyson’s story that he slipped it into his shorts before the post-fight test – a ruse he says he employed several times during his 21-year, 58-fight career – following his 38-second demolition of Savarese – was of acute embarrassment to the drugs authorities. If it was true.

Even so, performance enhancing drugs-taking is now high on the agenda of the ills besetting boxing. The German star Felix Sturm is the latest big-name boxer to fail a test.

It is reported that he faces being stripped of his World Boxing Association super-middleweight belt after testing positive following an already distinctly dodgy decision over the Russian champion, Fedor Chudinov, in Oberhausen in February.

Apparently Sturm’s drug of choice was the anabolic steroid stanozolol as used by the shamed sprinter Ben Johnson at the Seoul Olymoicas in 1988.

As Frank said in his column here, if he’s proved a cheat when the B sample is tested, he should be slung out of the sport.

Doping in boxing may not be as serious a concern as the massive programmes unearthed in Russia and in in sports like athletics, cycling and weight-lifting, but unquestionably it is a growing menace.

And how the druggies avoid being detected is very much the concern of sport’s anti-drugs squad, for Tyson’s alleged ruse is certainly not unique.

There are many instances where female athletes have been known to insert “clean” catheters before being tested, a favoured method in the dark days of Eastern bloc domination of women’s athletics.

The use of masking agents and renal blocking agents – which do not secrete certain banned substances – still can be reasonably effective methods of avoiding detection.

Less sophisticated and supposedly more fallible a few years back was the consumption red wine before a test.

So too, I am reliably informed, was the ingestion of huge doses of oestrogen – also a masking agent – by some female athletes who persuaded friendly medics to prescribe it for alleged menstrual problems.

The Bulgarians also had it down to a fine art. We now know that their weightlifting team would fast for two to three days before a competition.

Fasting, according to the experts “lowers the amplitude and pulsatility of luteinising hormone, thus, lowering the endogenous production of testosterone”. Boxers – or their medicos – will be aware of that.

In addition, fasting also causes an increase in the excretion of steroids.

As a result, their urine samples would show lower levels of testosterone and other steroids because by the time they were tested, they virtually excreted most of the evidence away.

This trick was not the only one for which the Bulgarians were infamous.

They would use the diuretics to urinate out lots of fluid. By ingesting an abundance of water, the diuretics would just accelerate the clearance of steroids or other banned substances from the blood.

As for the Tyson technique, the chances of anyone getting away with such deception these days have diminished as much more intimate scrutiny of the genitals by testers is required while water is passed. Plus the advent of blood testing, which is far more difficult to fake.

But there will always be those who will try.

Combating such tricks of the trade – and they get dirtier by the day – is a crucial aspect of the battle ahead for sport.

What Tyson’s reliance on drugs, so graphically disclosed in his biography, The Undisputed Truth, in which admits he spent a significant stretch of his turbulent career addicted to cocaine and marijuana, is indicative that boxing’s doping problem isn’t new. It is simply escalating.

Iron Mike says his ferocious appetite for drink and drugs – “I was a full-blown cokehead” – dated back to trying cocaine at the age of 11 and first being given alcohol as a baby in New York.

Recalling his shock 2004 sensational loss to Britain’s Danny Williams, he revealed he was taking drugs until shortly before the fight.

He blamed a $200,000 fine for testing positive for marijuana four months after he fought Andrew Golota in Detroit in October 2000 on the fact that he was tested before having a chance to get the “whizzer” from an unnamed member of his team, whom he claims carried the device from fight to fight, including the one in Glasgow. 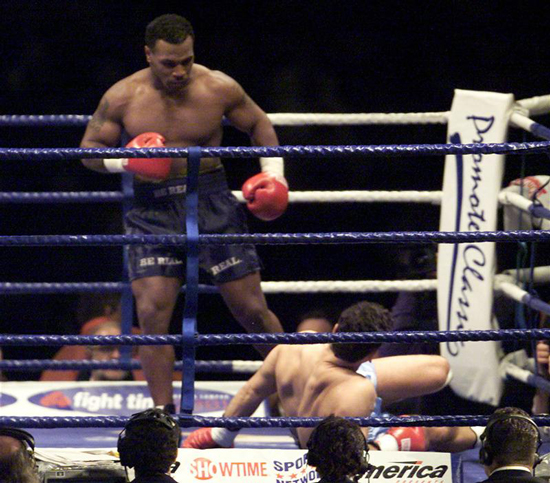 Like me Frank Warren says he isn’t sure whether to believe the false penis story of that Glasgow drugs test “which could be one of those things which sells books”.

So was the tale of Tyson’s “whizzer” wheeze really the Undisputed Truth?

Or just a wee fib?

Either way it highlights the fact that 16 years on boxing hasn’t got to grips with its drugs problem any more than it did Tyson’s prosthetic penis. So to speak.