In this game you hear a lot of boxers talk the talk then fall on their faces when it comes to walking in the walk.

But I have a hunch that Frank Buglioni may not be one whose words speak louder than his actions when he comes fist to face with the Russian hard nut Fedor Chudinov at Wembley on Saturday.

If he can go one better than fellow Chelsea fan George Groves (who I think just nicked it from Badou Jack) and bring a world super-middleweight title to Britain it will be quite a feat. But he seems to have convinced himself he can do it. And why not?

Buglioni, one of the new sharp-minded breed of ‘white collar’ boxers from well-to-do middle class backgrounds, gave up his day job as a surveyor to concentrate on his ring career.

He tells us: “There are plenty of people out there who are millionaires with all the money in the word but at the end of the day most would give it all up to be a world champion. I know I would. It’s my liftetime’s ambition.”

The bookies make him long shot but I reckon he’s worth a modest punt. If he keeps his head.

He says has never felt more confident and he certainly sounds it. Chudinov, 28 is better than younger brother Dmitry, who lost at The O2 Arena to Chris Eubank jnr. He has an impeccable amateur and pro record, culminating in an impressive away victory by split decision over Felix Sturm in Germany to claim the vacant WBA title.

But Enfield’s Buglioni shrewdly assesses the situation thus: ”Apart from Sturm who was a blown-up middleweight he has not fought the standard of opposition I have. He says I’m easy to hit but he may be in for a shock.

“I have been working on my defence with Steve Collins, who knows all about being the underdog in world title fights. I am bigger than him. I have a reach advantage so if he wants to land his shots he’s going to have to take a few of mine. And I’m the biggest puncher he’s ever faced.”

Collins is one of those mentors whom believes it is as much in the mind as in the knuckles, which is why Buglioni has been having twice-weekly sessions with a psychologist.

I am not a great fan of sporting shrinks but if Buglioni can be persuaded to fight more with his head and less with his heart it may be worthwhile.

And who knows, if the Wise Guy wises up, disciplines himself and stays out of trouble, the raucous support of his own barmy army might just sway the judges should it go the distance.

A Souvenir to Cap Them All

I am told I am sitting on a goldmine. Or rather, looking at one.

On the wall in front of me as I write is a poster depicting the fight of a lifetime. It reads: “A Thrilla in Manila” and the date, September 30, 1975, reminds me that we are just a couple of weeks away from the 40th anniversary of Ali v Frazier 111.

I was there on that steamy Philippines morning and have a host of memories, some of which I will recount here soon.

Meantime I am reliably informed that the authentic poster, albeit slightly dog-eared is worth a tidy few bob. Indeed, I have been offered a four-figure sum by a collector of boxing memorabilia, but it stays where it is.

Along with other souvenirs gathered from a lifetime of reporting big sporting events it is too precious to part with.

Like the baseball cap provided for those of us who covered the first Ali-Frazier fight in New York in 1971.

These were issued at ringside on the night of the fight by the wonderfully laconic Madison Square Garden PR John X F Condon.

I was a young eager-beaver then but there were some venerable hacks among us who were appalled by the thought of having to sit there with the caps on their heads until Condon advised: “It is like this guys. We have a capacity crowd of 18,000 and there are another 5,000 or so outside without tickets, literally fighting to get in. They’ll probably break down the doors and when they swarm around the ring the cops will want to know which heads to hit, and which heads not to hit.”

Is David Ready to Make Haye?

David Haye is talking about fighting again. So what else is new?

He’s said it all before. Frequently. But so far it is all jaw and no war.

The former world champion’s last ring appearance was in July 2012 when he dismantled Dereck Chisora in five rounds at West Ham’s Upton Park.

The eye and shoulder injuries, which required surgery, the latter threatening to end the Hayemaker’s career – he twice pulled out of fights with Tyson Fury – have long been repaired and he tells us he has been plotting a ring return for the past 18 months – and that a comeback is imminent.

‘I’ve been out of the ring for three years now so I’ve left it long enough,’ he says. “It’s about time I get back in there and start doing what I do best.”

Even though he’s nudging 35 and has been living more like a luvvie than a fighter, Haye looks in reasonable shape and has a charisma which certainly would enliven the heavyweight scene. Him against Anthony Joshua could sell out Wembley.

But I will only believe he really intends to do the business again once the bell sounds for the first round and he actually comes out fighting. 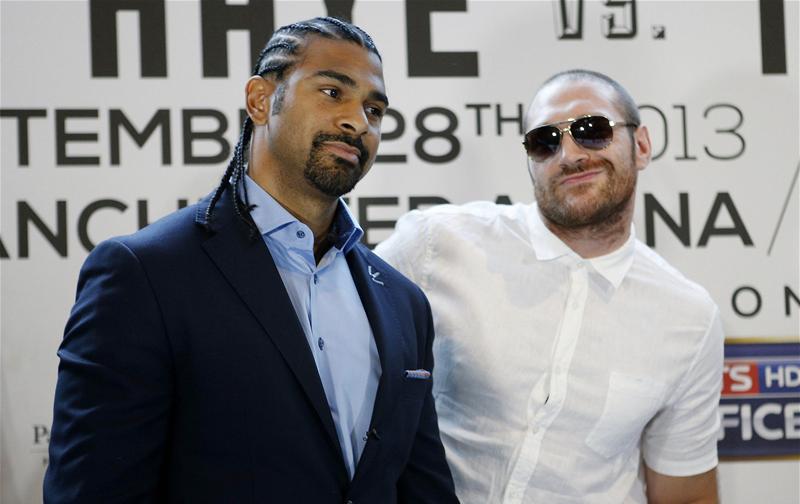 Amateur boxing – if we can still call it that – has suffered a shock double blow, with the defection of GB star Andrew Selby to the pros and the imminent departure of England Boxing chief executive Mark Abberley.

Welshman Selby, the younger brother of IBF World Featherweight champion Lee Selby, now under the aegis of American tycoon Al Haymon, is a two-time European champion and one of Britain’s outstanding amateurs. He also won silver at the 2011 World Championships and represented GB Britain at the London 2012 Olympics.

In AIBA’s World Series of Boxing, Selby was the number one ranked flyweight in the tournament in winning nine of his 10 contests.

He was in line to compete in the Rio Olympics but seems to have been a little out favour of late in the elite set-up in Sheffield, and was not selected for the upcoming world championships, his place going to a youngster from Bradford – name of Muhammad Ali, no less.

He will be 27 on Christmas Day which seems late-ish for a smaller weight fighter to go pro. But big brother Lee, 28, who is due to make the first defence of his world title against Mexican Fernando Montiel at the Gila River Arena in Phoenix, Arizona on October 14 declares: “Watch out for him – he’s better than me.”

The decision of 47-year-old Abberley to quit England Boxing after more than four years in the role suggest some unease in the governance of the sport though Chairman Caspar Hobbs says: “Boxing in England has made huge progress under Mark’s leadership. At grass roots, participation is soaring and club membership is rising.  More than 36,000 women participate weekly in contact and non-contact boxing and the sport is now offered in over 2,000 schools.

“At the elite level the talent pool has widened and record numbers of boxers developed and nurtured in the English club system have gone on to become world-class performers and consistently deliver medals at World and European Championships and Olympic Games.”

Abberley says: “Over the last four and half years, England Boxing has gone through a significant process of modernisation and now that this has been completed, I feel it is the right time to move on and pursue other professional opportunities.”

However the buzz is that successful as British amateur boxing has been in recent years the sport is heading for a major shake-up after the Rio Games.

It has not been a good week for boxing with the death of two fighters. In South Africa Mzwanele Kompolo died after he was knocked out in the first round of a fight in Frere, in the Eastern Cape, and only a few days earlier Australian Davey Browne Jnr’s life support machine was turned off after he was knocked out by Carl Magali of the Philippines towards the end of a 12-round IBF Super-Featherweight contest in Sydney last Friday.

Inevitably the Australian Medical Association has called for a ban on boxing following Browne’s death which came just six months after Queensland boxer Braydon Smith died following a featherweight bout in his hometown of Toowoomba.

Boxing we know is a hazardous business yet it should not be forgotten that there are inherent dangers in other physical pursuits too, from mountaineering to National Hunt racing.

Last weekend a runner collapsed and died as he neared the finishing line in the renowned Great North Run. Four years ago four competitors died in the same event yet there were no calls for it to be banned. Nor should there be.

No-one is forced to box, to run long distances or to scale mountains. They do so because that is their calling. We should respect them for bravely testing hearts, minds and heads against risks of which they are aware and always ensure that their safety is paramount. But they know those risks will always be with them.

Quotes of the Week

Boxing is a sweet science. I didn’t come into the sport to take punishment. I came into it to hit and not be hit, to be smart and leave  with a sharp mind.”

Floyd Mayweather jnr has carried out that vow remarkably well.

Win, lose or draw I’m getting paid a lot of money for this so I’m there to entertain. I ain’t there to jib and jab around the ring. I’m there to hurt, to draw blood and to put on a good fight. Either I get knocked out or he gets knocked out. If the referee stops me doing my job I couldn’t give a f***, I’ll hit him and all.

Tyson Fury, potty-mouthed as ever, says he is willing to clock the referee should he interfere too much during his world heavyweight championship bout against Wladimir Klitschko. A noble artist he ain’t. 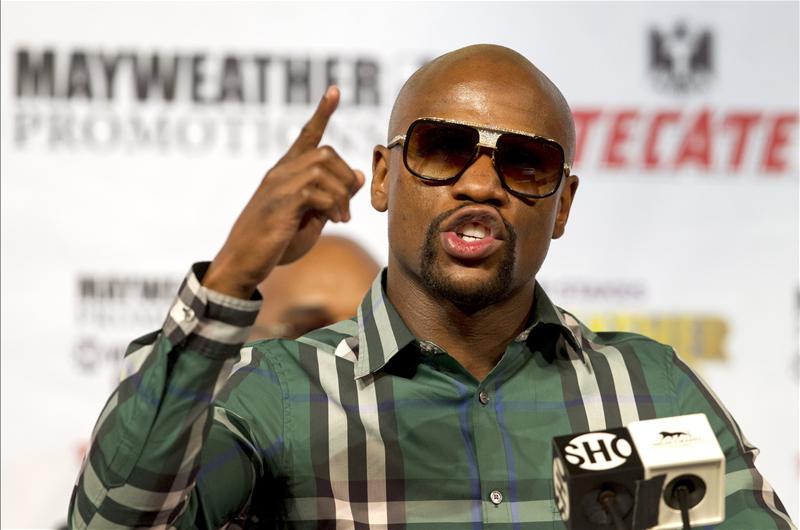