Some bizarre things happen in boxing – probably more so than in any other sport – but nothing could have prepared me for the gobsmacking moment back in 1971 when a group of us attending the first Ali-Frazier fight were asked at the weigh-in by the wonderfully laconic PR of Madison Square Garden, John X F Condon, if we wanted to meet the screen superstar Burt Lancaster, one of the ringside pundits who was intently watching the fighters strip for the scales.

Burt Lancaster? One of my celluloid idols, the man who snogged Deborah Kerr on the beach in From Here to Eternity. You bet!

Eagerly we agreed and as we approached the swashbuckling butch hero of Trapeze, The Crimson Pirate, The Killers and numerous other smash hit movies turned towards us, he was wearing mascara, lipstick and his cheeks were rouged. “Hi guys,” he simpered.  “Don’t ya just love their muscles!”

One of our number, the late Cockney commentator Reg Gutteridge gasped: “F*** me! He’s a bleedin’ iron!” (iron hoof – rhyming slang for poof).

Some weeks later Lancaster, thrice-married father of five, was arrested in Hollywood wearing women’s clothes and it was revealed he was bisexual and a transvestite.

How times have changed.  Fast forward to August 2014 when boxing’s jaw dropped at the revelation that British promoter Frank Maloney had undergone gender re-assignment and henceforth was a woman known as Kellie.  You could have knocked the fight fraternity down with a feather, let alone a right-hander.

One of the most surprising aspects in this strange affair remains the reaction from people in boxing. You would expect it to be one of cyncism or total derision.

But no. By and large boxing has been both supportive and understanding. Certainly more so than had Maloney been a celebrated football figure. Imagine the reaction from footy fans had Sir Alex Ferguson announced he was now Dame Alexis Ferguson, or Jose Mourinho was now Josie Mourinho. Or Wayne Rooney had become Waynetta!

Actual sex changes may be unprecedented among boxing personalities, but there have been a number of gay boxers, including world champion Emile Griffith and conteder Orlando Cruz.

Come out fighting was given a whole new interpretation when in October 2012 Puerto Rican featherweight contender Cruz, who I remember competing at the Sydney 2000 Olympics, publicly announced:” I have always been and always will be a proud gay man”. He was applauded. Not derided.

When Welsh rugby hero Gareth Thomas, a former Lions captain, ‘came out’ in 2010 many could not believe this was happening in a world as macho as rugby.

Yet if there is one sport even more macho it is boxing, surely the last place you would expect to attract gay men other than as spectators.

Cruz was by no means the first gay boxer. The late Emile Griffith, born in the United States Virgin Islands, was a six-times world champion at welterweight and middleweight in the sixties, now installed in boxing’s Hall of Fame. 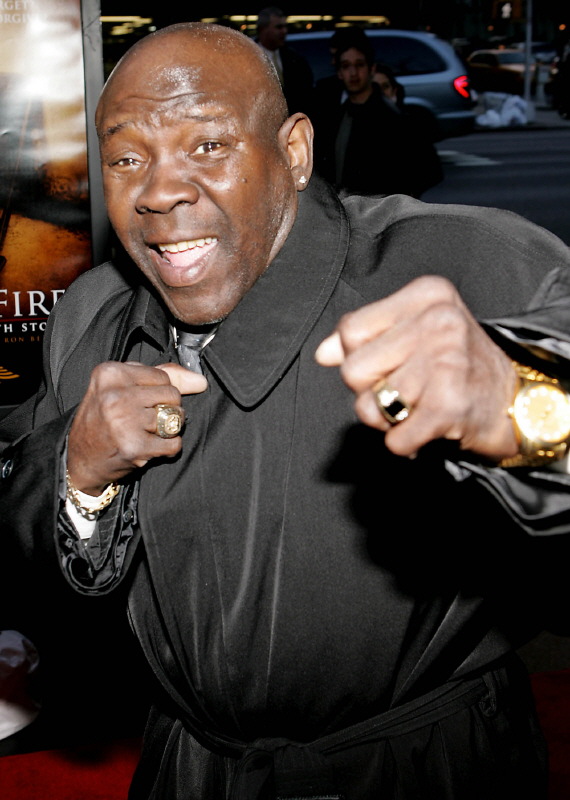 Emile Griffith in 2005
There was always speculation about his sexuality – he talked with a lisp, had an effeminate gait and had worked as a milliner designing women’s hats. We certainly raised our eyebrows in 1964 when Griffith fought at Wembley against Britain’s Brian Curvis.

When we went to his dressing room afterwards he was passionately snogging one of his cornerman. But those were the days when no-one asked questions and to admit to being gay, especially in an environment like boxing, would have been professional suicide.

Griffith died in 2013 year aged 75, after finally revealing the homosexuality that was always an unspoken backdrop to his fabulous  career. Unspoken, that is, except, tragically, for the man from who he first won the welterweight crown, the Cuban Benny “the Kid” Paret. They fought three times and on the third occasion, at Madison Square Garden, Paret taunted him with the word “maricón” – Spanish slang for faggot.

An outraged Griffith had to be restrained at the weigh-in and in the 12th round he battered Paret unconscious and while the Cuban was propped up against the ropes angrily struck him repeatedly for several seconds before referee Ruby Goldstein belatedly hauled him off. Paret never regained consciousness, and died ten days later.

In his biography, Griffith says: “I keep thinking how strange it is… I kill a man and most people forgive me. However, I love a man and many say this is unforgivable and this makes me an evil person. So, even though I never went to jail, I have been in prison most of my life.”

“Maricón” was also used by another boxer, Argentine heavyweight Oscar Bonavena – against none other than Muhammad Ali. It transpired that Ali had put him up to it to boost ticket sales. 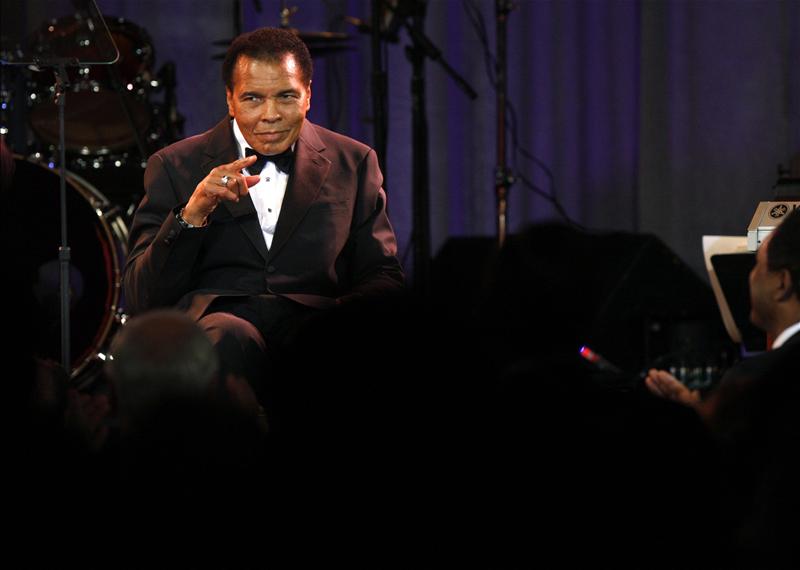 Yet early in Ali’s career (as indeed in Mike Tyson’s) there was speculation that he too was gay because he was rarely seen with women. This notion he later scuppered rather emphatically with his subsequent philandering – as did the lisping Iron Mike.

Google “gay boxers” and you will find quite a number of American club fighters who claim to be gay – and here in Britain one who went public was the White Collar boxer Charles Jones. Forget The Dark Destroyer, The Real Deal, The Hitman, The Hayemaker. He was the Pink Pounder. “I’m not a gay man who happens to box,” said the then 43-year-old London architect whose bout with Igor the Pianist at London’s Real Fight Club was the subject of a 2003 ITV documentary. “I’m a boxer who happens to be gay and doesn’t give a toss who knows it.”

One gay boxer who did give a toss was Ronnie Kray, one of the notorious twins who terrorised London’s East End in the sixties. He had six pro bouts at lightweight in 1961, winning four. Brother Reggie won all six of his before they retired to employ their violent ways in more frightening directions.

Most of East London knew that Ronnie was “queer” but only one man said it to his face. Gangster George Cornell called him “a fat poof” before Ronnie shot him dead in the Blind Beggar pub in London’s Whitechapel.

When Mickey Duff, their erstwhile promoter, banned them from attending his shows, his wife received a present from the twins – two dead rats in a box.

Innuendo has enshrouded a number of other British fighters, most famously Lennox Lewis. Following gossip that he was having an “affair” with an England footballer, Colin Hart, of The Sun, bravely asked Lewis before his fight with Evander Holyfield whether he had heard what was being whispered.

“You mean the one about me being gay?” responded Lewis, thankfully with a laugh. “Let’s put this silly rumour to death once and for all. I’m certainly not gay. I love and adore women. I date girls, not boys.” The Miami-based former world heavyweight champion is now a happily married father of four.

Though still intrinsically male-dominated, boxing did not turn a hair when Nicola Adams, the first woman to win and Olympic boxing gold medal, confirmed she was bisexual, a revelation that has not harmed her career one iota.

The point I am making is that boxing has become one of the most tolerant, racially integrated and phobia-free sports I have ever covered – and in half a century there have been many from beach volleyball to synchronised swimming. It is a tribute to the fight game’s enviable reputation for equality and diversity. I’m not gay, but I am certainly proud of boxing.