In 50 years of covering international sport there have been moments when I have been tempted to shed a tear; but only once have I ever done so.

That was on the night of 2 October, 1980, in the car park of Caesars Palace in Las Vegas where an 18,000 crowd had assembled what was to prove Muhammad Ali’s penultimate fight.

It was the night an icon disintegrated before our eyes as Ali, a 38-year-old robotic shell of the sublime athlete of his heyday, suffered a savage beating that even his opponent, Larry Holmes was reluctant to administer, repeatedly beckoning to a dispassionate referee to end his erstwhile idol’s agonising humiliation.

At ringside even the media were pleading “stop it, stop it” amid counter cries from some in the Ali entourage fearful of losing their meal ticket.

Even Holmes himself had repeatedly urged the referee, Richard Greene, to call a halt but it was left to Ali’s career-long cornerman Angelo Dundee to defy Ali’s frantic cheerleaders and do so. “I am the chief second and I stop the fight,” he bawled at the referee as a dull-eyed Ali slumped on his stool at the end of the tenth round. It was too late to save Ali’s career, but it probably saved his life.

I wasn’t the only one dabbing away with the Kleenex that night. Holmes himself appeared in a post-fight interview with tears in his eyes and when asked why he replied it was out of respect for Ali:”I fought one of the baddest heavyweights in the world today, and you cannot take credit from him,” he said. “I never wanted to hurt him, he was my idol, but he took too many punches.” 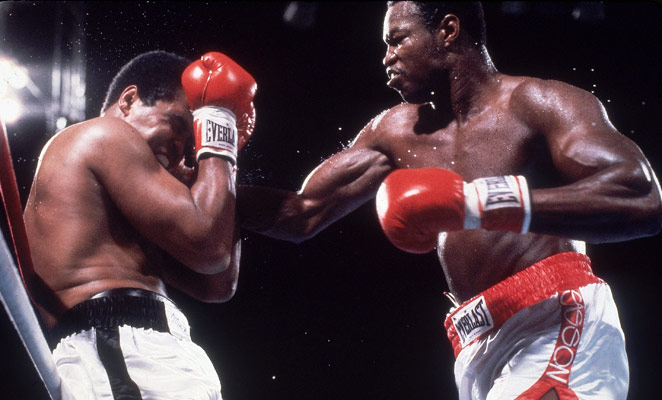 Holmes had been similarly sympathetic when he later summarily despatched Joe Frazier’s hopelessly inadequate young son Marvis. “I never liked knocking anybody out in a fight,” he once told us. ”You think I enjoyed knocking out Marvis Frazier, just a kid?”

Ironically, Holmes had once been employed as sparring partner to both Ali and Marvis’s dad, but he was to emerge as one of the world’s finest heavyweight champions.

He made 20 successful title defences, placing him third all time, behind only Joe Louis’s 25 and Wladimir Klitschko’s current 22.

He is also only one of five men (along with Joe Frazier, Ken Norton, Leon Spinks and Trevor Berbick) to defeat Ali, and the only one to do inside the distance.

Not only was Holmes one of the truly great heavyweight champions, he was one of the most enduring, his 75-bout career stretching almost to three decades, from 1973 to 2002.

The Easton Assassin, so named after his home town in Pennsylvania, perfected the art of the jab, probably best boxing has seen since Joe Louis.

On BoxNation’s Boxing Matters I was asked where I would rate him among my top ten post-war heavyweight champions. I put him fourth, behind Ali, Louis and perhaps controversially, Rocky Marciano. My colleague Colin Hart had him third behind Ali and Louis.

Superb fighter that he was, Holmes carried an outsize chip on his shoulder, understandable in some respects because he rarely was accorded the respect and recognition he deserved.

But he his did not help himself gain popularity with his innate tetchiness.

He could be abusive and abrasive, taking no prisoners with either opponents or promoters.

Floyd Mayweather jnr may be on the brink of equalling – and ultimately surpassing – Rocky Marciano’s 49-0 record but Holmes almost beat him to it. To his cost.

In 1986 he would have matched the Marciano mark had he successfully defended his title against Michael Spinks. But he was blatantly robbed on a split decision – and was so incensed that when asked about the record he angrily snapped “Rocky Marciano wasn’t fit to carry my jockstrap.”

It was a stupid insult to a ring legend for which he later apologised, but he lived to regret it when it turned much of America against him despite being one of the sport’s outstanding champions.

Holmes had some tremendous conquests against the best heavyweights of his, or any, era but I was also present in Atlantic City the night in 1988 when he suffered similar humiliation to that he had inflicted on Ali eight years earlier.

By then a 38-year-old grandfather, Holmes came out of a 21-months sabbatical to be savaged in a minute of bewildering brutality in the fourth round by the 17-years younger undisputed champion Mike Tyson.

Holmes was battered down three times by clubbing right hand punches thrown with caveman crudeness. It was less a contest than an annihilation.

Once he had decided to put the old man in his place Tyson custom-built an assault which inflicted such unspeakable agonies that we feared the only way the former champion would be able to exit the packed arena would be to the accompaniment of police sirens and in an ambulance.

At best the attempt by Holmes to turn back the clock was foolish; at worst it could have been fatal.

His head bouncing off the canvas, he lay stricken as referee Joe Cortez leapt forward, ripped the gumshield from his mouth and stopped the count almost before it had begun.

At least Holmes eventually managed to get up and walk away after being spread-eagled like a starfish staring unblinkingly into the ring’s arc lights.

A ten years younger Holmes might have given Tyson a decent fight but this was his 51st bout and it needed only a few seconds from the opening bell for us to realise what really we already knew – that he just didn’t have it any more. Ironically it all resonated with his own defeat of Ali. 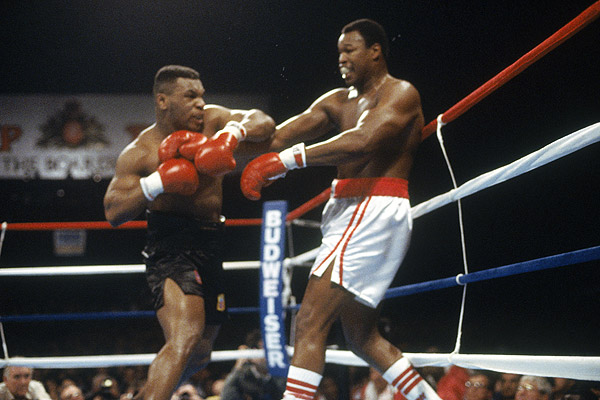 The long months he had spent inactive had blunted his reflexes and softened his greatest weapon, the left jab.

So why did he take the fight? He admits it was simply for the money. He recalls: “What I remember was Don King knocking at my door around nine at night. I was retired almost two years. Don said he wanted me to fight somebody he said he knew I could beat. I asked him who, and he said, ‘Mike Tyson.’ I said ‘I can’t beat Mike Tyson!’

“I’m just glad he didn’t kill me. He knocked me down a few times, but I didn’t feel it because the first time he hit me I was numb.

“After the fight Mike said he loved me and I said, ‘Then why’d you knock out my ass?’ Mike’s a great guy. I’m glad Mike beat me that day, or else I’d have nothing to talk about.”

Three years later Holmes embarked on another 24-fight comeback, winning some and losing some – his most notable defeats coming against Evander Holyfield and Oliver McCall in further abortive world title challenges.

He finally quit for good in 2002 with his money, and his faculties intact.”I’m not perfect,” he says. ”But I got out of the game ok.”

Always a smart businessman, Holmes invested the money he earned from boxing and settled in Easton, employing more than 200 people through his various enterprises which include restaurants and a nightclub, a training facility, an office complex, a snack food bar and slot machines. He has also hosted a TV talk show. They say he owns half his home-town!

He is now 65, and as sharply opinionated as ever, dissing most of today’s fighters. ”Floyd Mayweather is really the only one out there. He talks shit and can fight. He makes me laugh.”

He and Mayweather certainly have one thing in common. Money. “I never cared about titles” he says. All I cared about was winning – and making money. Still do.”

Maybe that’s why the Easton Assassin is as happy as Larry. 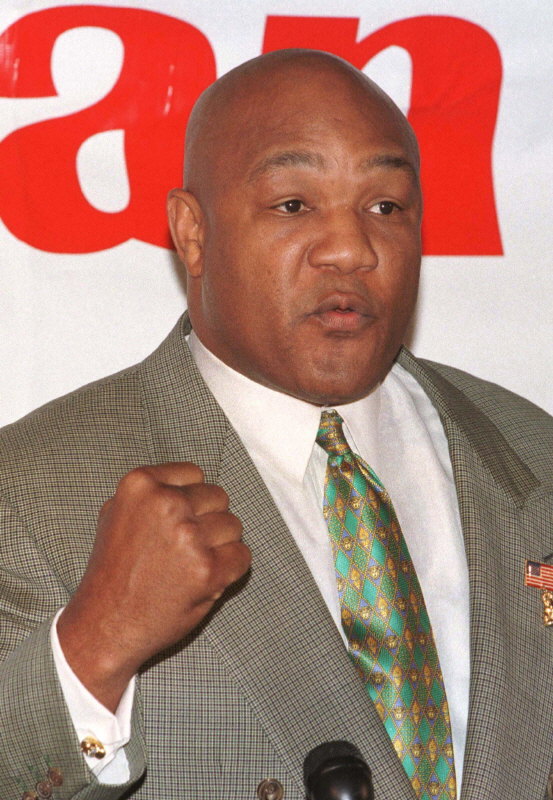