HUGHIE FURY ADDED TO THE FUTURE IS NOW 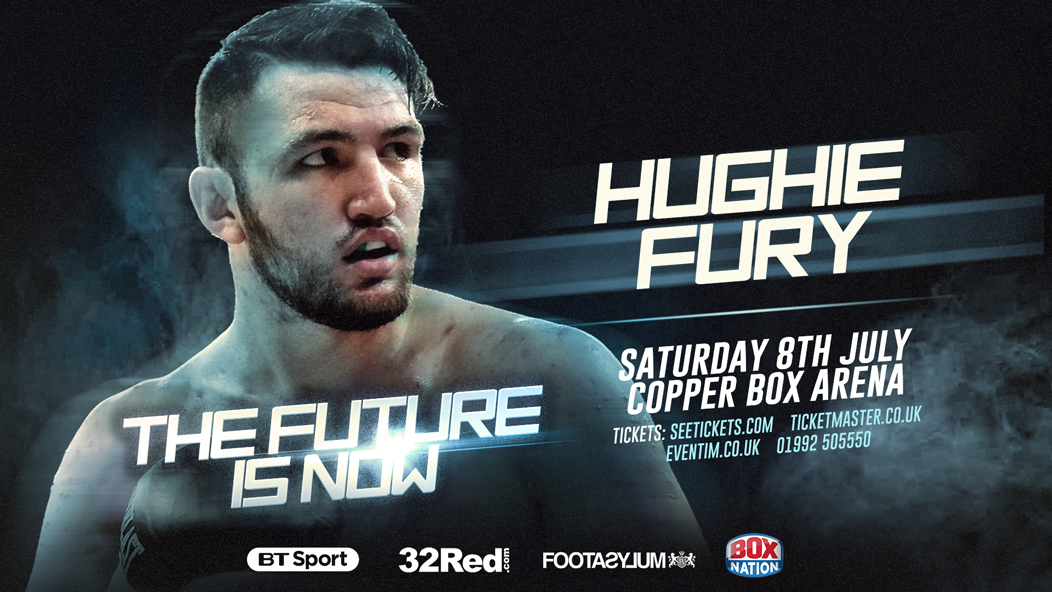 The younger cousin of former Unified World Heavyweight Champion Tyson Fury has ripped through the division since turning professional in 2013, halting ten of his opponents and picking up the WBO Inter-Continental strap against Fred Kassi in his last outing.

Fury, 22, was due to challenge WBO Heavyweight Champion Joseph Parker for his belt last month in New Zealand but was forced to postpone when he injured his back. After overcoming the disappointment of his injury, Fury is looking to make a statement on his big return.

“I can’t wait to get back under the lights and do what I do best,” said Fury. “I was disappointed to miss out my shot against Parker but this is boxing and injuries happen all of the time. I will get my shot at the WBO Heavyweight belt later this year and follow in the footsteps of Tyson.”

Peter Fury said: “Hughie has recovered from the back injury that kept him out of his World title fight with Parker and he is itching to get back in the ring next month. We are treating this fight as a warm-up to the big one later this year. The division is certainly opening up with plenty of opportunities and we are confident that Hughie is going to figure dominantly for years to come.”

Promoter Frank Warren said: “Hughie is one of the best and most exciting young Heavyweight prospects in the World and I’m delighted to add him to our stacked July 8 Copper Box Arena card. He needs to get this warm-up fight out of the way before he faces Parker later in the year. I am confident that the WBO Heavyweight belt will once again be in possession of the Fury family come the end of the year.”