I am pleased the Hayemaker is back – but will it be a rave on Dave?

It is good to see David Haye back in boxing because the sport always needs charismatic characters who can add a bit of fun and flavour. But what I find odd is that there has been  talk about putting his fight with Mark di Mori on YouTube, and now it appears it may even wash up on Dave, the Freeview comedy channel. The mind boggles. 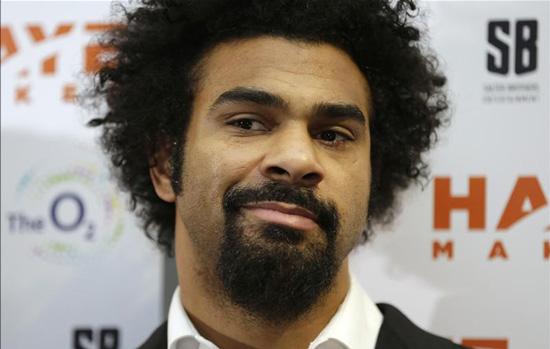 I know broadcasting is evolving and this is how people are consuming content these says, but I think the real reason is that because Haye and his new promotional backers haven’t been able to do a proper TV deal.

Haye has intimated that ITV and Channel 4 have shown interest, so why hasn’t this been taken up? I doubt Sky have made an offer and I know BoxNation certainly haven’t.

The problem is it is a risky operation – his fight with the Aussie-based Croatian at London’s O2 on Saturday week could end in a round or be a stinker and there’s no real undercard to speak of to make it a viable TV package.

This leaves the card relatively bare and with a lack of any real quality, lacking any really recognisable names apart from ex-British middleweight champion Tony Dodson.

For some time now the rumour has been around that Haye is returning to the ring because he needs the money – he has sold his gym and apparently there are marital difficulties, or so it has been reported. I hope this is not the case in both instances because he has earned well, but of course, he has also lived well.

We also need to know whether the shoulder injury he sustained, which caused his proposed fight with Tyson Fury to be postponed for a second time, will stand up when it is tested against an opponent who is ranked tenth by the WBA and has won 31 of his 32 fights, 26 of them by knockout, his only defeat more than 10 years ago. At 33 he is two years younger than Haye.

Haye last fought for me at West Ham’s football ground in July 2012, when he knocked out Dereck Chisora. This followed his rather embarrassing defeat by Wladimir Klitschko in the Battle of Wounded Toe. 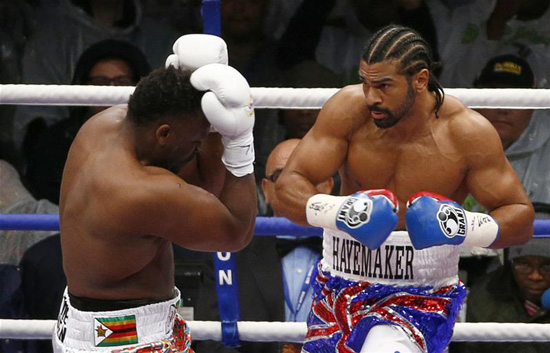 It will be interesting to see what sort of turn-out there is at the 02.I hear it is not going too well. Of course, every promoter has had shows when tickets don’t sell and I’ve been there. I have some sympathy with that, but the question really is whether Haye remains a big enough magnet for the fans to sell the event by himself. Otherwise it looks very much like a small hall show.

But it is a first step back for Haye and I wish him well.

I am sure people will watch it on Dave, ‘the home of witty banter’ for free but I am not sure this is the right route for someone of Haye’s reputation to go down.

The suspicion is that he really does need the money by taking what can be deemed to be a relatively risky fight against an opponent with a decent record, rather than having two or three build-up contests.

Obviously the Hayemaker’s game-plan is for future blockbusters with either Anthony Joshua, Tyson Fury or Deontay Wilder, but hoping to be a rave on Dave seems a bizarre way of going about it.