I HAD TRIPLE-G BY A COUPLE –NOW FOR BILLY JOE? 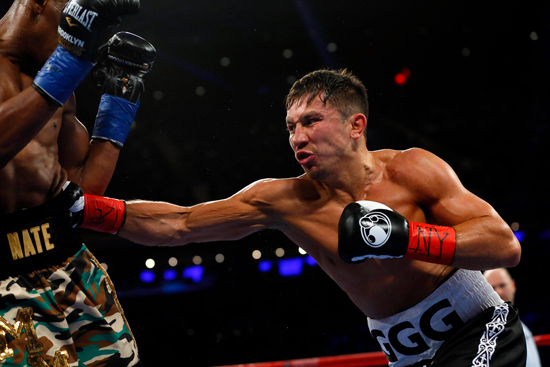 Once again, BoxNation delivered a tasty fistic treat over the weekend – a prelude to the bonanza to come when our exciting union with BT kicks in with the blockbuster Manchester bill on April 8.

And again boxing people were largely divided by the outcome of a big fight where the three wise men at ringside were called upon to determine the winner.

The match-up between the formidable Kazak Gennady Golovkin and the heavy-handed Daniel Jacobs was more absorbing than explosive but, but the Brooklyn banger was clearly boxing to orders and was mostly obedient in sticking to the script.

Because of this, Golovkin wasn’t able to perform his usual big drama show as Jacobs wasn’t about to play to his opponent’s obvious strengths.

Despite Jacobs opting for a relatively cagey approach, Golovkin still had him in big bother a couple of times and felled him in the fourth.

The judges favoured the aggressor and I have no problem with that.

I had Golovkin winning it by a couple of rounds, but accept this was a fight people could view in different ways. If it had gone the other way it wouldn’t have been the worst decision in the world either.

You’ve got to give Golovkin his dues though, he didn’t have it all his own way as he usually does, but he found a way to win and that is the mark of a top champion.

He is a combination of an excellent technical boxer and a hurtful puncher. He is someone who deserves to be recognised in the top bracket of the boxing business.

How he would have fared against the middleweight greats of the past, we will never know, but he is doing everything he can to be the dominant force of the current era.

He still has a couple of big steps to go before he can claim to have truly cleaned up the division and I am hoping that the next challenge on his wish list will be signed and sealed before too long.

The only middleweight belt to elude him so far belongs to Billy Joe Saunders and it is a fight Bill wants booked in for June. 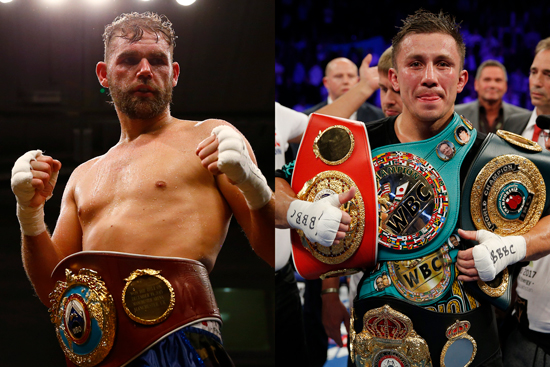 Golovkin has repeatedly said that it is a fight – or a belt – he craves, so let’s get it on.

It is not a negotiation we have just entered into and broad agreement was reached long ago, but we had to respect the fact that Golovkin had a big fight on his hands against Jacobs to deal with first.

Hopefully, once the dust has settled, Bill’s wish to put his WBO belt on the line will be reciprocated.

Bill’s confidence over him possessing the tools to toy with the top pound-for-pounder isn’t simply based on seeing Golovkin stretched by Jacobs, because he has long believed could be the man to inflict a first professional defeat on the now 34-year-old.

The Jacobs blueprint has finally got people believing Golovkin is fallible, but Bill has always seen it this way.

It is the sort of fight that will draw the best from him and it is what he needs at this point in his career.

A lot, I would imagine, will depend on how much confidence the team of Canelo Alvarez will have taken from watching Golovkin being extended to the full 12 rounds for the first time.

If Canelo finally fronts up and shows willing, there will obviously be the temptation to put Golovkin into cold storage before a big autumn date.

Canelo, however, has got a big fight of his own to contend with against Julio Cesar Chavez jnr – live on BoxNation on May 6 – so Golovkin clearing his diary could be risky business.

Time will tell, but there is a world champion ready and waiting to unify the whole middleweight division.