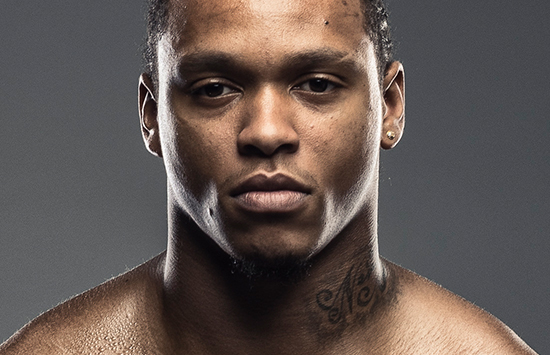 The prospect of fighting for a first professional title in just his 11th fight clearly didn’t faze Anthony Yarde, to the extent that he carefully mapped out his opponent’s demise and exactly how he was going to bring it about.

The light heavyweight successfully challenged for the Southern Area title held by Chris Hobbs at the Copper Box Arena in May, ultimately halting the champion and claiming the prize nine seconds from the end of round four.

Apart from a points victory over four rounds in just his second bout, Yarde had not previously been extended beyond round two as all his other opponents succumbed to his blistering punching power.

With an expectant crowd in Stratford – including a number of members of The Money Team – awaiting the main event of Gervonta Davis defending his world title against Liam Walsh, Yarde decided that he wanted a longer piece of the action and took it upon himself to grant Hobbs an extended stay of execution.

In a bid to prevent referee Jeff Hinds from stepping in at the first or second time of trouble, Yarde believed his best course of action was to go for the body.

Hobbs hit the canvas on four occasions, but he kept getting up and convinced the referee he was fit to continue until his corner finally raise the towel to spare him from further bludgeoning chops to the base of the rib cage.

Yarde insists this was the plan all along and he was given licence by his trusted trainer Tunde Ajayi to fight as he saw fit.

“Yes, in a way, because I trust in what Tunde says and he said ‘really and truly it is a one or two round job, but it is up to you how you want to go about it’.

“I thought for this massive show, with the Americans over and a lot of attention brought to it by Floyd being at the venue etc, as well as being the biggest crowd I have fought in front of in my home town of Stratford, I wanted to be in the ring for a bit longer.

“I know it is a dangerous thing to do in boxing and you don’t get paid for overtime, but sometimes it is a good thing to get more experience of being in the ring,” he added, admitting that the showman inside also got the better of him.

“Yeah, being a bit of a showman too, going back to the corner as well, I don’t know if you noticed, but I kept looking up to the screen.

“It was good to actually enjoy it and get a proper sweat on.

“I spar good rounds in the gym so I have never doubted my fitness or anything like that, so for me it was more about absorbing the atmosphere and being in the ring a bit longer.”

Keeping Hobbs in there for nigh on 12 minutes was always in the Yarde script. Had he weathered the storm downstairs for any longer, the attack was about to be switched.

“Definitely, the reason being because when you hit someone with a good head shot there is no coming back from it or the referee will jump in early.

“If you go to the body and break someone down, if the person keeps getting up, nine times out of ten he will let the fight go on.

“Obviously Hobbs’ corner knows how tough he is and that he doesn’t normally get dropped that many times, so they saw there was a problem with him keep getting hit in the same area of his ribs.

“His corner probably did do the right thing in taking him out because in the next round, I did tell Tunde, I was going to start throwing the head shots if it went beyond the fourth.”