Liverpool’s hero Kevin Satchell can’t wait to get back in the ring after enduring nearly a year out with a freak knee injury he sustained after running in the Liverpool Half Marathon last March. 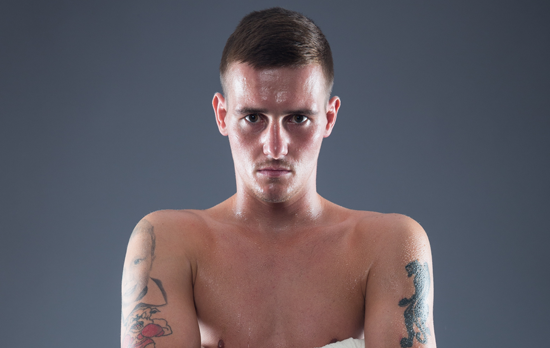 Liverpool is red-hot with boxing talent at the moment and Satchell, 27, will be looking to get his name back in the limelight, kicking things off with a win next month.

The undefeated former British, Commonwealth and European Champion is making plans for a big 2016.

“It’ll be nearly a year since I last fought so obviously I’m buzzing to get back in the ring. There’s been some low points for me in the last year and it’s been pretty frustrating at times with my injury and management changes but that’s all behind me now,” said Satchell.

“I’ve tried to stay professional about everything by keeping myself busy in the gym and looking for any potential opportunities, luckily one came up and I’m really looking forward to fighting on the Derry Mathews undercard.”

Boasting an impressive 14-0 record with three KO’s, the Liverpudlian is putting in the hours in the gym to stay at the top of his game. Still relatively young in the fight game, Satchell believes that his best years are still ahead of him.

“I’m back in the gym training five days a week and my body feels good. I’ve been back running for a few months now and my legs are feeling strong. Sparring with the boys down at the gym is keeping me sharp and things are ticking over nicely,”

He continued: “I could have had my world title fight by now but I’ve still been kept in the rankings so hopefully it hasn’t affected me too much. After this fight I’ll be right back in the mix and hopefully getting a shot at an eliminator or even a shot at a word title which is ultimately what I’m after.”

Boxing is soaring in Liverpool at the moment, with a rich batch of champions and contenders. Local lad Derry Mathews headlines the night’s entertainment and will be looking to inflict a first defeat on Mancunian rival Terry Flanagan to take the WBO World Lightweight title. Satchell is right behind ‘Dirty’ Derry and thinks a win would be massive for the city.

He said: “I’m 100% behind Derry, not just because he’s an MGM lad, but he’s a fellow Scouser and a friend. We all know he’s got that knockout power so I’m hoping for him to land one on Terry’s chin and bring another title back to Liverpool.”

A special V.I.P ticket priced at £250* that includes an inner ringside V.I.P seat, lanyard, complimentary beer, wine and soft drink (between a certain time period) and canapés are available to purchase through the Frank Warren Box Office office only on 01992 505 550.
The Channel Of Champions, BoxNation, will televise live and exclusive on Sky 437/HD 490, Virgin 546 and Talk Talk 415.  Subscribe at www.boxnation.com  Or watch online at watch.boxnation.com and via iPhone, iPad or Android.