If there was a professor of pugilism, Brendan would be first in line 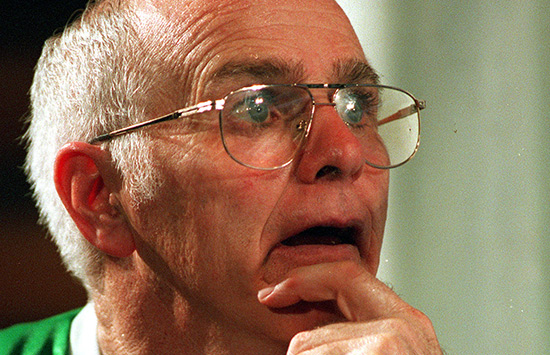 FRANK WARREN GOT IT spot on in his column here this week when he said Brendan Ingle was unique, one of a kind, a gentleman who was a great bloke as well as a great character… a success story as a trainer and a person.

Like Frank I had known and admired the impish Irishman, who passed was peacefully at 77 last week, for many years. In over half a century of covering boxing I always found him a top man when it came to likeability, sagacity, honesty, integrity and sense of purpose.

To say the sport will miss him is an understatement.

He may have been old school but the lessons he imparted were a masterclass in the Noble Art. If they awarded a professorship of pugilism Brendan would have been first in the queue for the mortar board and gown.

It is 55 years since he opened the St Thomas Gym in Sheffield’s Wincobank which has been Britain’s most prolific conveyor belt of champions, not least among them Prince Naseem Hamed.

‘The Naz fellah” as Ingle called him was his flagship fighter but, alas, became engulfed by his own arrogance and their split, when it came in the late nineties after 18 years was acrimonious and never repaired.

“Such a shame about Naz,” Brendan, who nurtured him from novice to world featherweight champion,” had said. “People never saw the best of him. I honestly believe he could have been a world champion at every weight from flyweight to middleweight.

“He could have been even greater and certainly more popular if only he’d listened to those who knew what they were doing.”

“The way he treated people in boxing, like Frank Warren, who promoted his world title fights, it was scandalous. He couldn’t handle the wealth that came to him.”

‘It would be wonderful if Naz showed up at Brendan’s funeral at Sheffield Cathedral next week, even if he stood at the back at what is certain to be an overspill congregation’

Among the shoals of tributes from fighters and fans that have cascaded in the direction of the Ingle abode in Sheffield, one came from Hamed, whose belated attempts at reconciliation on his part were spurned, such was Brendan’s bitterness. 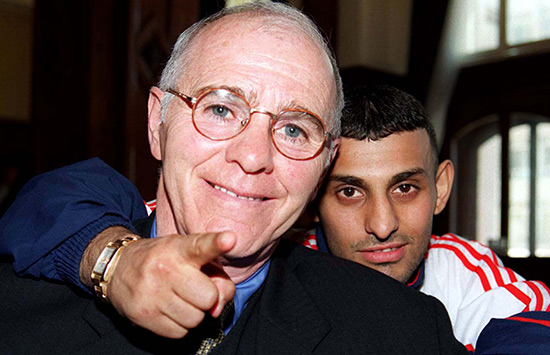 Hamed acknowledged that Brendan made him the fighter he became. ”If it were not for him I would not have achieved all that I did in boxing..He brought something amazing to the sport. I hope in years to come he will be honoured, as I have, in the International Boxing Hall of Fame.”

Many will second that.

It would be wonderful if reclusive Naz showed up at Brendan’s funeral service in Sheffield Cathedral next week, even if he stood at the back of what is certain to be an overspill congregation.

There has always much more than boxing blarney about the doyen of trainers who opened his gym at 6.45 am every day, the old church hall reverberating until eight in the evening to the up-tempo beat of thudding fists and the exhortations of the little Irish guru to “dance and move, dance and move”.

Nearly all his fighters were indoctrinated with the same Ingle philosophy.

He once remarked: “I’ve always said the art of boxing is to hit and not get hit, like Muhammad Ali, fabulous. Boxing has brought me a wonderful life. It’s been a great craic – like winning the pools every day.”

The recent transformation of Billy Joe Saunders by the Ingle offspring is a tribute to their father’s legacy.

Some 1,000 amateurs and 200 pros have passed through the hands of Ingle and sons Dominic and John at an emporium which, despite its Christian heritage, has a wide ethnic mix and includes many Muslims.

A couple of years back Brendan told me: “The Muslim boys come because they aspire to be another Naz or Amir Khan. We have open discussions on religion, no holds barred. I’ve trained Muslim kids for years, but there’s more to it than just boxing. I tell them how important it is to get a good education and to be a decent person.

“Yes, we’ve talked about terrorism, and I tell them about the IRA and how we lived through that. Sometimes they mention suicide bombers, though none of them say they condone them, and their belief about going to paradise. I say to them: ‘Paradise? You are already in bloody paradise. It’s here is Sheffield!”

(Brendan Ingle’s funeral will take plaxe at Sheffield Cathedral at 1.30pm next Thursday (June 14) before moving on to the City Road crematorium).

BRENDAN’S PASSING SOMEWHAT overshadowed that of another fight figure who is an equally sad loss to boxing, Dean Francis. The retired former British, Commonwealth and European champion whose career traversed three weight divisions, and who has died of cancer at just 44, was of the ilk that is the very backbone if boxing.

”A fighter in every sense of the word” is how Boxing News describes his career and his battle against the disease which had raced through the body of this family man of whom Joe Calzaghe said “was the best British boxer never to win a world title.” What a double blow boxing has suffered.

THE BOARD OF CONTROL have made a shrewd move in appointing MP Chris Evans as an administrative steward. The 41-year-old Labour member for Islwyn in Gwent, strengthens boxing’s political voice as the new chair of the influential All Parliamentary Boxing Group.

He is a true boxing buff, having penned a book on former champion Freddie Mills that has been shortlisted for Sports Book of the Year. He is now, working on another about Randolph Turpin.

Evans’s constituency in South Wales is also handy for the Board’s Cardiff offices.