I’LL BE BACK WITH A BANG 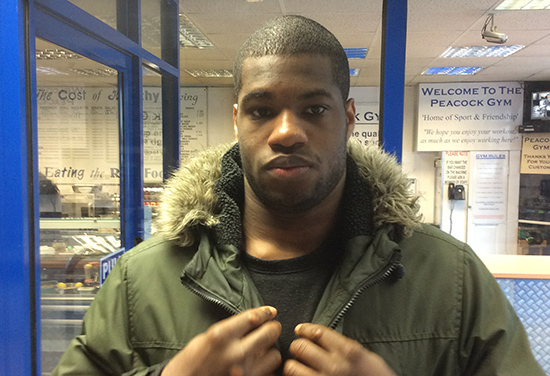 Daniel Dubois, as he explains in his latest Fighter Diary, has been laid low of late – although not on the canvas. Now recovered, he returns to the ring on Saturday against the unbeaten DL Jones for his first fight of 2018…

FOR THE FIRST time in my career I was actually knocked out a few weeks back – only not by a punch.

I was in training camp and got hit for six by a heavy dose of flu. I had to take a few weeks off because it completely wrecked my body and I had no choice but to stop work and take a break to recover.

Believe me when I say what struck me down was not ‘man flu’ but the real thing. It is something I don’t remember experiencing before and it dragged me down and took me to zero.

So I’ve had to work myself back up and take my time doing it.

Even though I was doing nothing I didn’t put on any weight because I was too ill to have much of an appetite and all I was thinking about was what was going to happen to my fight date of February 10.

It did worry me a bit, but thankfully the whole show ended up being rescheduled and now we are all ready to go again on Saturday night at York Hall.

I would say I am now back up to full speed, or there or thereabouts, so I have just got to be right on the night and that is what I am still working towards.

The opponent I was set to face a couple of weeks back – DL Jones – is still in place and I don’t know too much about him, other than seeing a few clips of him fighting my last opponent, Dorian Darch.

They fought to a draw and it was a bit scrappy, but I believe it will be different this time because I am ready for the challenge on the night.

It will be another learning fight for me, but nothing comes easy and I will work for everything that comes my way.

I am looking to take care of business on the night and I am not taking it lightly. I have worked very hard and I am ready for whatever happens when I get in the ring.

Jones is an unbeaten fighter, which brings something different, but like on every other occasion it is just me and him in the ring and I will definitely be ready.

I know people say I need rounds under my belt but it is not a consideration for me. If I have to do the rounds, so be it, I will just adapt to whatever situation happens in the ring.

My goal for this year is more titles, more fights and to continue building. Everything is about timing and being where I need to be at the right time. That is how I see it.

Looking back to my last fight against Darch, it was one I prepared very well for and he came out at me as I expected. I watched some clips of him and he was more cautious than I thought he would be at times.

He gave it a go before I caught him with my shots. I don’t go in there looking for one big shot though, I go in looking to box and outclass my opponents.

My aim is always to show I am a superior fighter and take it from there.

I’m told that Joe Joyce had a bit to say about me in a recent interview, but I don’t take any of this sort of talk seriously.

Talk is cheap and people have a lot to say in boxing, but we will see and time will tell who the better fighter is and whether the talk can be backed up.

I concentrate on the present and for me that is fighting at York Hall for the first time, which is something I am looking forward to.

I have seen fights there before and it is always a good atmosphere. I am sure it will be intense when we are in the ring so I can feed off the crowd and the energy and put it to good use.