“I’M THE SECOND BIGGEST NAME IN THE FLYWEIGHT DIVISION AND I SHARE THE SAME LAST NAME AS THE BIGGEST!” – SUNNY EDWARDS 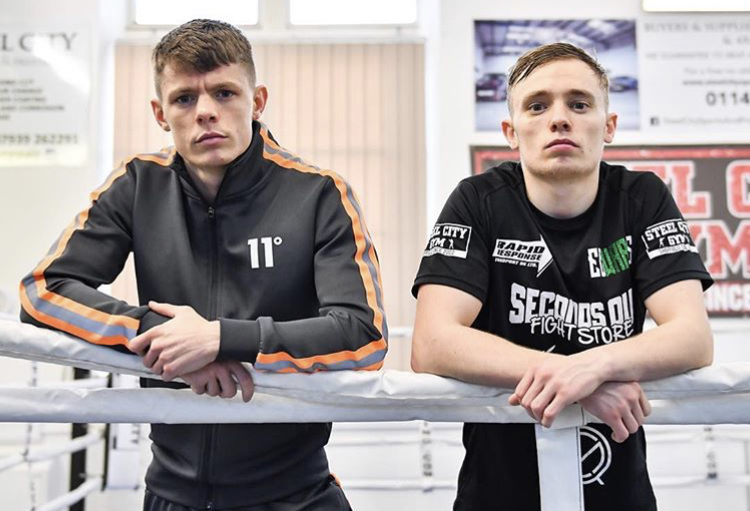 Although reigning as WBO European & International champion at super flyweight, 10-0 Croydon man Sunny Edwards is very open to boxing at the weight division below, like his brother WBC World Champion, Charlie.

The 23-year-old managed to put a significant marker down in the professional ranks in 2018, with wins over former European bantamweight champion Ryan Farrag and then later the big-hitting Mexican Junior Granados

“My Farrag fight got me out there a lot more, then Granados was to prove to my management team and my promotional team that I am actually the real deal and not just a mouthpiece who is calling for these fights.

‘Showtime Sunny’, who became a father just ten days before the fight with Granados, explains that preparation heading into that fight was not the best.

“My baby came along ten days before my Granados fight and I spent two days at the hospital, which was not the best prep, with only having two or three spars as well.

“A week later Charlie won his world title so it was just a great end to the year for the whole family and we finished with such a buzz, with the baby’s first Christmas to top it off.”

Edwards, who returns to the ring to defend his WBO International and European Super Flyweight titles at the SSE Arena, Wembley on April 27, is now back on his feet after an injury in the Granados fight resulted in him joining the walking wounded.

It came about when he was plonked on the canvas for the first time in the second round and ruled him out of action. Now he is determined to make up for lost time at his training base in Sheffield.

“The only low point for me was I suffered an injury in the Granados fight and ruptured two ligaments when I went down in the second. I still got through it and then had eight weeks out doing nothing and was on crutches for four of them in a boot.

“I’ve picked it back up now and I am ready and raring to go.”

Asked if he would consider a move down to flyweight, where his brother campaigns – the former Team GB member responded ‘I’m the second biggest name in the flyweight division… and I share the same last name as the biggest!’