INGLE: GALAHAD KNOWS HE WON’T GET ANOTHER WORLD TITLE SHOT 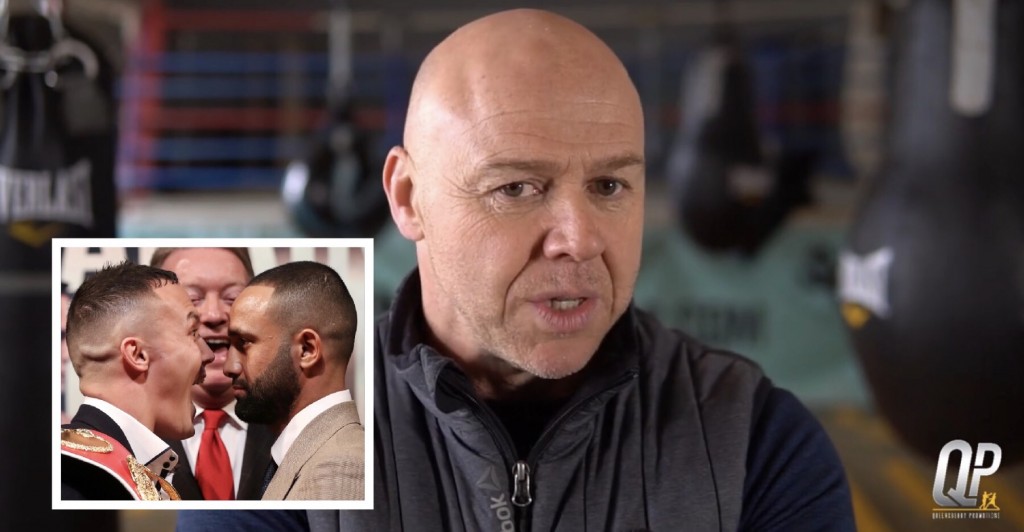 KID GALAHAD enters his world title challenge against Josh Warrington knowing it will be his one and only shot at becoming one of boxing’s elite, according to trainer Dominic Ingle.

Warrington (28-0, 6 KOs) will be making the second defence of his crown. He won his treasured belt against Lee Selby last May and then came through a war against Carl Frampton.

Galahad (26-0, 15 KOs) has struggled to get big fights and had to become mandatory contender for Warrington’s title to get his crack at the big prize.

Ingle knows his man is avoided and says: “Kid Galahad is never gonna get another chance. He has got to capitalise. It is a do or death situation for Kid Galahad.

“He is never going to get the breaks, he has never had a promoter behind him and still managed to get into the mandatory position.

“That says something about his ability and focus, determination and relentlessness. He has got the same mental make-up as Johnny Nelson.

“He has never had it easy and got in this position himself. Others we had in the gym have fallen by the wayside but he has learnt from them.

“We have had fighters who shone for a period of time like Naseem Hamed, Ryan Rhodes and to a lesser degree Junior Witter.

“They have got into the position of being a world champion, but it’s whether you can maintain it once you’re there.

“The thing with Galahad is that he has no responsibilities – he isn’t married, no children and no safety net.

“If he loses he has nowhere to go on the Sunday morning after the fight. Josh can go home have a cuddle from his wife, see his kids and think; ‘I’ve had a good run and got a few quid’. He can console himself with that.

“Everything to him is boxing he has nothing else. It is his life.”