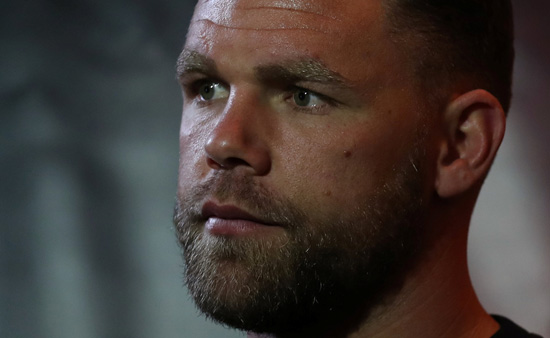 Further to yesterday’s announcements over social media, an injury has unfortunately again forced Billy Joe Saunders to withdraw from his WBO Middleweight World Title defence against Martin Murray scheduled for June 23 at The O2 in London.

Saunders, who suffered a hamstring injury during a recent training session, is bitterly disappointed that he will not be fit to box on the rescheduled June 23rd date and is deeply apologetic to Murray and his fans.

Saunders said: ‘I am sorry to Martin and the fans for the inconvenience this has caused them. I know Martin has put himself through two hard camps now and I am hugely sorry that I’ve let both him and the fans down and prevented a great fight from happening.

It has been a tough time with injuries through the past few months but at this level against a top operator like Martin Murray you cannot risk going into a fight less than 100%. But I do appreciate the fans support and I know Frank will be looking to get me back in the ring as soon as possible when I’m fit to fight.’

The latest blow for Saunders compounds a frustrating 2018 for the undefeated Hatfield man who had a scintillating end to 2017 with a career best win against Canadian David Lemieux in Montreal.

The card at the O2 will still take place as planned on June 23rd and will still be televised live on BT Sport and BoxNation, with London favourites Anthony Yarde, Daniel Dubois and Ohara Davies all still in action.

Frank Warren said: “This is a massive blow but the show must go on. I feel for the fans and for Martin but if Billy is injured, there’s no way he can fight. It’s important we still deliver to the live and the TV audience and they can look forward to seeing many of London’s finest boxing talents on June 23 at the O2 Arena. “

“I’ve seen rumours that Billy isn’t injured but he is a fighting man and there’s no way he would pull out unless he had to. It’s a shame after the devastating performance against Lemieux last Christmas as this was a chance for Billy to keep momentum as we continue to chase big fights for him. Martin may still feature on the card and we are working day and night trying to put something together and we will let the fans know news on this when we’ve had a chance to look at all options”.

Further updates to this card will follow this week.