The 23 year old from the Shinfield stable in Somercotes, once a national junior champion, is a 5ft 6in swashbuckler who remains a secret outside the small halls.  BoxNation investigator Glynn Evans was commissioned to find out more.

I’m from a little village called Cherry Willingham about five miles out of Lincoln. It’s very quiet and peaceful. Thankfully, I’ve always been able to restrict my fighting to inside the ring.

My Dad Gary was an ex-pro lightweight in the 1990s (9-9-4) so I started amateur boxing at the Bracebridge ABC, aged 11. I won 44 of 77 contests but only boxed at home three times so struggled to get decisions.

I actually won the national CYPs when I was about 17, and got to the ABA quarter-finals one year but was already training at the Shinfield gym and couldn’t be bothered to stay amateur once I turned 20.

Looking back, I’m glad it happened. It was in my town and I got too confident, got too close rather than stepping off, and I wasn’t keeping my right hand up. My head was all over the place when he clipped me and I got up too quick. That defeat taught me to think a bit more.

You’re unbeaten in five since, winning the Midland Area title (pts 10, Paul Holt) and acquiring a rep for scalping unbeaten prospects such as Accrington’s Artif Ali and Hull’s Charlie Payton in their backyards. That should stand you in good stead to upset Pettitt in Wembley.

You have to work a lot harder and win very clearly but I enjoy fighting in the away corner. There’ll be a few of my fans there but there’ll be less pressure.

Obviously there’ll be nerves on the night but that’s natural. I just need to make sure I give 100% and give myself the best possible chance of bringing the belt home. You have to take a gamble to get anywhere in this game. 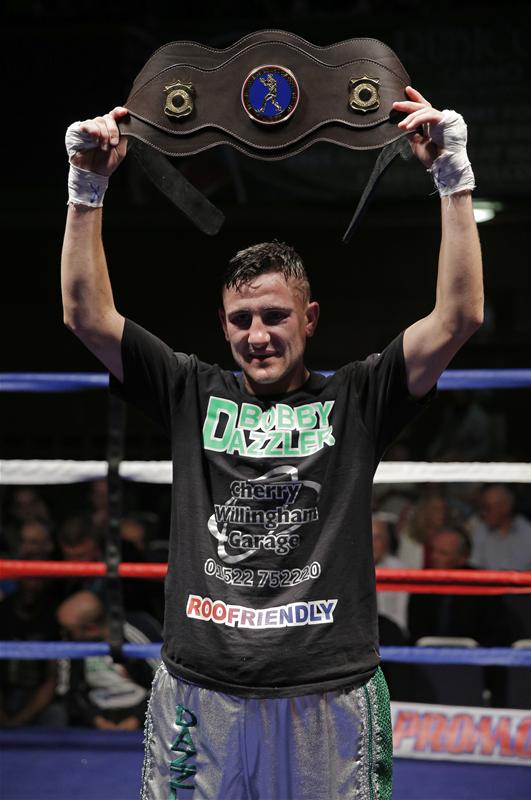 You’re yet to feature on TV. Stylewise, what can fans look forward to?

I’m a pressure fighter who’s getting stronger with age.

Lately, because the fights are getting longer, I’ve worked on moving in and out but basically I’m always on your toe, moving my head, hands held high. Sometimes I switch.

Not being shown on the tele is probably a good thing. I’m the mystery man! But Lewis is a good kid, it’ll only take him a couple of rounds to find out what I’m about.

What’s your assessment of co-challenger Pettitt?

I’ve seen a few of Lewis’ fights. He’s a good kid – they all are at this level – with a ‘come forward’ style similar to mine; we both like to throw the hooks. But I don’t think he’s been tested yet. He’s not been pushed back like I intend pushing him back.

It’ll be a helluva good fight but I’m not worried.

Finally, what gives you confidence that you’ll lift the title on September 26th?

Firstly, I’ve a good team behind me. The Shinfields are good blokes and have done very well to get me this chance. They used to work with my Dad and have always been straight. You can really trust ‘em.

Secondly, I always box better when the opponent comes forward and throws shots. That’s what gets the adrenalin flowing.

Thirdly, I’ve upset the applecart away from home before. I’m confident I’ll catch him. It’s my time!