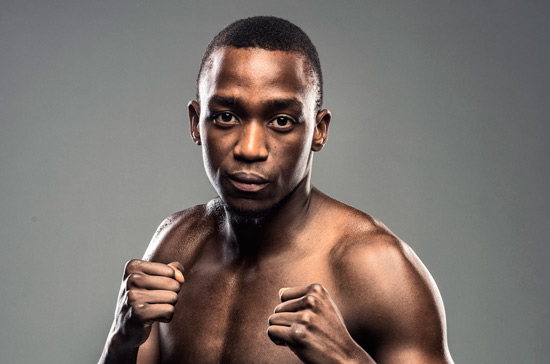 Teeside atom ‘Smokin’ Joe’ Maphosa believes he has both the skills and strength to ignite Britain’s flourishing 112-115lb divisions.

A decorated amateur international, the 22 year old two-weight senior ABA finalist from Thornaby finally gets his paid career up and running on the undercard to Josh Warrington’s return to duty, at a sold out Leeds First Direct Arena on May 13th. BoxNation and BT Sport screen live.

On Tuesday, Glynn Evans caught up with the transplanted Teesider to discuss his background.

You were born in Beitbridge, Zimbabwe. What are your memories of early life in Africa?
I have happy memories but life was a struggle. Often the electricity or water went out. Dad was a maths teacher so I was more a school geek than a fighter. As a young kid, I preferred playing football.
The family moved to Middlesbrough when I was eight. Early on we lived in quite a rough area and I suffered a bit of racism, though it’s calmed down since. I always used my brain rather than my fists to keep out of trouble. I chose the right friends.

So how did you become involved in boxing?
One day, when I was about 13, two lads were mouthing off at me over the park so I had a ‘go’ at them. Unfortunately it didn’t work out for me! Shortly after I decided to attend boxercise classes to learn to defend myself and, from there, someone steered me to the licensed Middlesbrough ABC run by Tony Whitby. Everything clicked immediately. I was a natural.

What did you achieve in the amateur code?
I had 75 amateur contests and won about 60. In 2010, I won the national CYPs and, in 2014, I won the Haringey Cup. Twice I got to the senior ABA final, losing a split to Reece Bellotti at bantam in 2012 and Sunny Edwards down at light-fly in 2015.I’ve changed a lot since then.

Probably about 25 of my amateur fights were internationals.  I won a gold at the open class Golden Belt tournament in Romania, silvers at the Tammer event in Finland and President’s Cup in Turkey,  plus a bronze at the Strandja meet in Bulgaria.

I also represented the British Lionhearts in the WSB (World Series of Boxing), losing on a split to Cuba’s world number one, Joahnys Oscar Argilagos .He was slick but I really pushed him and finished the stronger over five-threes. That gave me confidence I’ll do well in the longer pro fights.  I was very proud of my performance that night.

From 2014, you were part of the Team GB set-up in Sheffield. How did that accelerate your development?
It was nonstop and I trained alongside some of the top boxers in the world, like Anthony Joshua, Nicola Adams and Anthony Fowler. You always tried to match their level.

On a daily basis, I’d be sparring the likes of Jack Bateson, Blane Hyland, Mohammed Ali, Sean McGoldrick and Nicola Adams. Nicola put it on you like any of the lads did, a very talented girl. Hopefully, we can arrange some future sparring.

Unfortunately Galal Yafai beat me to the (2016) Rio Olympic spot and I never considered pursuing the Zimbabwe route. After the Olympic cycle was complete, I always had it in my head that I’d turn pro.

For your paid career, you’ve aligned yourself to coach Imran Naeed’s rising National Progression
Boxing Academy in Stockton-on-Tees where you train alongside the unbeaten Leather twins, Josh and Kalam. Explain your choice.
I first approached Imran with a view to going pro in 2013 but he suggested I stay amateur for a couple more years and it was sound advice.

There’s great energy and atmosphere at this gym. Josh is setting the bar for the rest of us. He’s unbeaten in 11 as a pro and fighting at 12 round IBF (Inter-Continental) level now. The Leathers are too big to spar but I’ve had some great work with Thomas Patrick Ward (the 20-0, British super-bantamweight title challenger) and Stuey Hall (ex IBF Bantamweight Champion); strong experienced pros.

You’ve also got Darlington’s Troy Williamson boxing on some BoxNation shows and plenty of very talented local amateurs. Hopefully, we can bring some pro shows back to Teeside and the north-east.

There’s plenty of amateur talent fleeing to the pros. Why should BoxNation and BT subscribers specifically keep an eye out for Joe Maphosa?
I’m gonna bring excitement. I’ve explosive hand speed, quick feet and I can switch. I’ve got good angles and I can also go through the gears. I’m quite fit but learning to slow it down, pick my punches and add even more power for the pros. I stopped a fair few in the amateurs. I’ll be going for the knockout so opponents better look out!

What are your short term aspirations as a pro?
Ideally, between now and Christmas I’d like to have at least four fights. After about eight, I should be ready for titles. Though I’ll be starting out at super-fly but probably drop down to flyweight when I start to target titles. I’ve already sparred a few rounds with Andrew Selby (British Flyweight Champion) and Charlie Edwards (British Super-Flyweight Champion) when at Team GB so I know the standard required.
I’m starting out with a four rounder against Gary Reeve, a kid from Gateshead. I’ve sold well over 100 tickets and I intend for my fans to go home very satisfied.

Remaining tickets for Joe’s debut are available from Eventimat www.eventim.co.uk and 0844 249 1000.