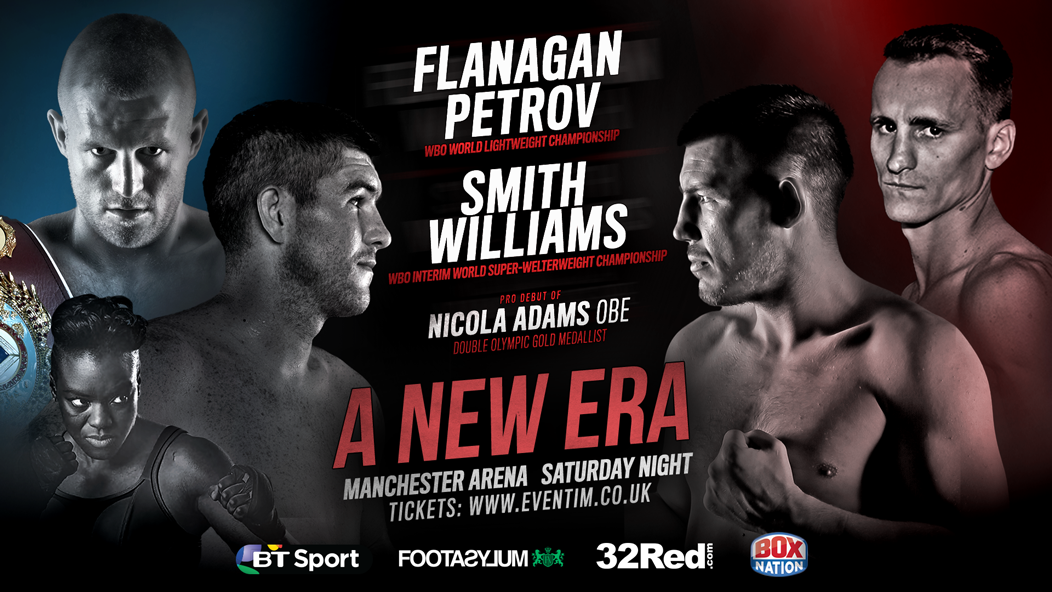 Long the talk of north-west gyms, uber gifted Oldham middle-cum super-middle Mark Heffron gets to re-launch his career on a stage fitting of his talent when he appears on the mega Manchester Arena bill tomorrow, writes Glynn Evans.

Box, bang, avoid, the former European Schools and European Youth medallist has it all, they said. However, ‘Kid Dynamite’ has meandered to 14 straight wins (with 12 impressive knockouts) since debuting as a teenager over six and a half years ago. You’re forgiven if you hadn’t noticed.

Just two of Heffron’s opening 10 gigs took place on UK shores as the 2010 English ABA semi-finalist apprenticed across continental Europe on an Irish licence. And even since falling back under the jurisdiction of the British Boxing Board of Control in late 2015, mighty Mark has been hidden away in north-west fight clubs in Radcliffe and Middleton.

But earlier this year talent spotter extraordinaire Frank Warren tossed a rubber ring to rescue his sinking career and tomorrow evening 5ft 11in Heffron gets a belated chance to sparkle before BoxNation TV cameras when he faces a Slovakian import over eight rounds.

‘‘I can do a bit of everything really,’ says the one-time commercial window cleaner who is still only 25.

‘I’m a natural fighter who’s good in close but I can also counterpunch, either southpaw or orthodox. My best shot is probably a big left hook to the head. On Saturday, fans are gonna see a good performance, guaranteed.’

A career in fisticuffs was always probable given that Heffron hails from one of the nation’s foremost fighting families. Dad Tommy was a 1978 ABA light-middleweight finalist and England international who fought pro. Of his 10 offspring, Ben lost twice to Olympic bronze medallist Tony Jeffries, while Thomas and Ronnie both won England vests, with the latter challenging for a Commonwealth crown as a pro. Nevertheless, Mark had long been touted as the brightest jewel in the family.

He recalls: ‘Boxing’s been part of my life from as far back as I can remember, firstly watching me dad train, then tagging along to the gym with me older brothers from around the age of eight. I had me first amateur fight at 11 at Oldham Boys and I was away.

‘I had between 75 and 80 amateur fights and only lost six or seven. I won the (national) schoolboys title the first year I was eligible and also won the national CYPs.

‘I boxed for England a good few times and when I was just 14, I got a bronze at the (2006) European Schoolboys in the Ukraine. A few years after that, I made the final of the (2009) European Juniors but lost to a Russian (Alexander Besputin) over in Poland.

‘And I achieved all that despite just messing around with it most of the time. As a kid, I was daft, a little sh**, educated at ‘naughty’ (special) schools. I just couldn’t stop scrapping out of the ring and I won a lot more than I lost!’

‘After getting badly ripped off in the (2010) ABA semi final against Glenn Foot, me head got filled with rubbish and hollow promises. I signed to go pro but weren’t really ready, certainly weren’t dedicated. Still, my inactivity was the fault of others.’

His audacious talent fleetingly passed through the hands of top trainers Joe Gallagher, Arnie Farnell and Pat Barrett but, since 2015, he has finally found stability under Clitheroe coach Kevin Maree, who also assumes managerial duties.

A steady girlfriend and the pending arrival of his first child in late May have, Heffron insists, brought belated maturity and focus and, under Frank Warren’s stewardship, the one-time wastrel is now ready to seek and conquer the major challenges that always appeared his destiny.

‘Those last four fights off TV were necessary for me to get used to the nerves of fighting at home and now my mind’s ready for the step up,’ he concludes.

‘I’m looking for titles at either 160 or 168. For the right fights, I can do middleweight. I’d beat Tommy Langford and Jack Arnfield on the same night!’

Manager-coach Kevin Maree, who has previously been involved with champions such as Michael Gomez, Kenny Anderson, Carl Frampton and Luke Blackledge, adds:

‘Mark’s had a really frustrating career. Not having a British licence initially slowed his career up but he’s been far more active this last year and, now he’s signed to Frank Warren, doors are going to open.

‘Early on, we had plenty of falls out but lately he’s really matured and he’s ready to go now. Finally, he really wants it.

‘Mark carries freakish power. In the gym, he puts top quality operators to sleep wearing 16oz gloves. He’s got this unbelievable balance which enables him to bomb you out with either hand and from any position.

‘But my brief is to ensure he doesn’t become reliant upon his ‘Boom’ because he’s a beautifully schooled boxer with fantastic shot selection. He sets opponents up with sneaky shots. Usually it’s one or the other, skill or power. Heffron has a real abundance of both.

‘I’d fancy Mark very strongly against either Rocky Fielding or John Ryder who’ve been matched for the vacant British Super-Middle title. And while Mark has the natural strength to compete at 12st, he can also make middleweight comfortably. It all depends where the best opportunities lie. We’d love a fight with Chris Eubank Jr who’s calling everybody else’s name. Mark has a far better grounding.

‘Mark’s already got a huge following and he’s gonna be a huge star. Both the girls and the boys buy tickets in droves to watch him. He looks like a Hugo Boss model yet fights like the devil! What more do you need?